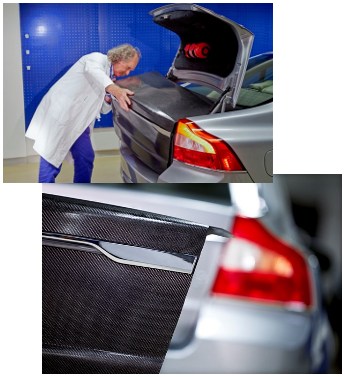 Volvo Battery StorAGE trunk lid prototype being fitted to the test vehicle (top) and a close up of the finished prototype lid with carbon fiber material and supercapacitors built in.

Volvo Car Group has developed a revolutionary concept for lightweight structural energy storage components that could improve the energy usage of future electrified vehicles. The material, consisting of carbon fibers, nano-structured batteries, and supercapacitors, offers lighter energy storage that requires less space in the car. It also has cost-effective structural options and is eco-friendly.

As part of an EU-funded research project, including nine other major participants, Volvo Car Group was the only car manufacturer in the project. The project identified a feasible solution to the heavy weight, large size, and high costs associated with the batteries seen in hybrids and electric cars today, while maintaining the efficient capacity of power and performance. The research project took place over three and a half years and is now realized in the form of car panels within a Volvo S80 experimental car.

The big breakthrough
The answer to creating structural energy-storage components was found in the combination of carbon fibers and a polymer resin, creating a very advanced nanomaterial, and structural supercapacitors. The reinforced carbon fibers sandwich the new battery and are molded and formed to fit around the car's frame, such as the door panels, the trunk lid, and wheel bowl, substantially saving on space. The carbon fiber laminate is first layered, shaped, and then cured in an oven to set and harden. The supercapacitors are integrated within the component skin. This material can then be used around the vehicle, replacing existing components, to store and charge energy. 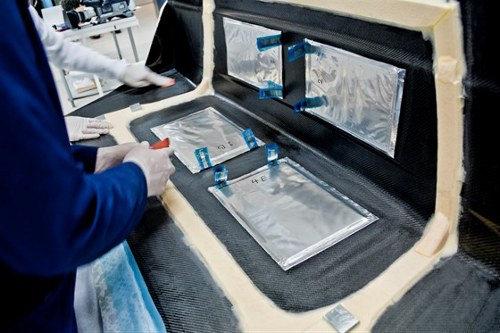 The material is recharged and energized by the use of brake-energy regeneration in the car or by plugging into a main electrical grid. It then transfers the energy to the electric motor, which is discharged as it is used around the car. The breakthrough demonstrated that this material not only charges and stores faster than conventional batteries can, but that it is also strong and pliant.

The results so far
Today, Volvo Car Group has evaluated the technology by creating two components for testing and development: a trunk lid and a plenum cover tested within the Volvo S80. 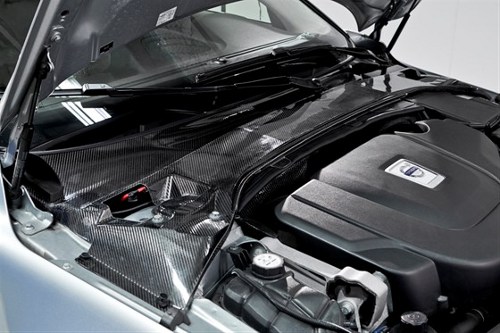 The trunk lid is a functioning electrically powered storage component and has the potential to replace the standard batteries seen in today's cars. It is lighter than a standard trunk lid, saving on both volume and weight. The new plenum demonstrates that it can also replace both the rally bar, a strong structural piece that stabilizes the car in the front, and the start-stop battery. This saves more than 50 percent in weight and is powerful enough to supply energy to the car's 12-V system. 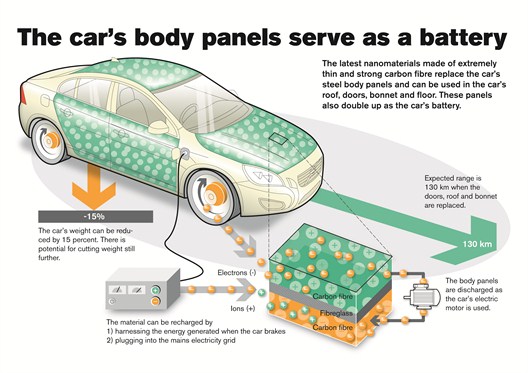 A composite blend of carbon fiber and polymer resin is being developed that can store and charge more energy faster than conventional batteries can. A materials development project was launched by Imperial College in London and has brought together nine European companies and institutes. Volvo Cars is the only car manufacturer participating in the project. The project started early 2010.

It is believed that the complete substitution of an electric car's applicable existing components with the new material could cut the overall weight by more than 15 percent. This is not only cost effective but would also have improvements to the impact on the environment.