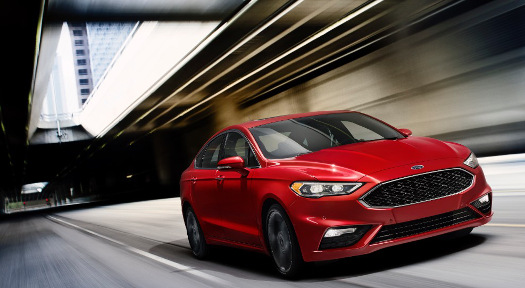 Potholes may be unavoidable, but Ford has figured out a way to make them less jarring.

While it's impossible to miss all potholes, Ford engineers have developed an advanced computer-controlled shock absorber system for the all-new Fusion V6 Sport, a 2017 model year vehicle, which significantly reduces the unpleasant feeling one gets when driving down a pothole-riddled road.

According to AAA, pothole damage costs U.S. drivers approximately $3 billion a year, and drivers report paying $300 to repair pothole-related vehicle damage. The Fusion V6 Sport is the first Ford car equipped with a computer-controlled shock absorber system -- or continuously controlled damping -- as a standard feature. This advanced technology helps to protect your car and your wallet.

"The new Fusion V6 Sport substantially reduces the harsh impact potholes often deliver," says Jason Michener, Ford continuously controlled damping engineering expert. "Our new pothole mitigation technology works by actually detecting potholes and catching' the car's wheel before it has a chance to drop all the way into the pothole."

Fusion V6 Sport is the first midsize sedan in its class to feature this technology -- neither Honda Accord nor Toyota Camry offers such an advanced suspension system.

Onboard computers analyze multiple signals collected from 12 high-resolution sensors -- adjusting the dampers every 2 msec for the best vehicle response in every situation. When the edge of a pothole is detected, the car's computer adjusts the dampers faster than the blink of an eye to their stiffest settings so the wheel doesn't fall as far into the pothole. Because the tire and wheel don't drop as far, they don't strike the opposite side of the pothole as harshly. The rear suspension can respond even faster, with a signal from the front wheel providing a pre-warning to the rear wheel well before it reaches the pothole. 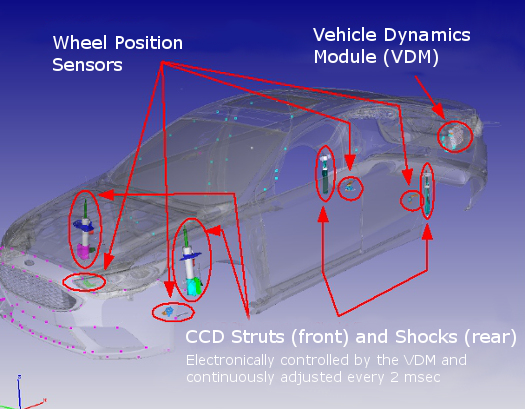 "We tested and tuned this system by driving over countless potholes -- subjecting Fusion V6 Sport to the brutal, square-edged potholes of our Romeo Proving Grounds [Michigan] to finesse the software," said Michener. "It was long hours of not-very-pleasant work, but the results are well worth it."

What this means for drivers of the Fusion V6 Sport is a sedan that's exciting in the corners while still offering a smooth ride. Suspension tuning can be changed at the push of a button: Normal mode balances comfort and handling for daily driving, while sport mode's increased overall damping rates allow the car to respond quicker to driver input and to corner flatter for more spirited driving.

Ford also has a test center in Belgium that replicates the effects of the world's worst potholes and other extreme surfaces. Lommel Proving Ground incorporates test tracks covering 50 miles, and more than 100 extreme surfaces replicated from 25 countries, including 1.2 miles of potholes. See the facility in the video below.