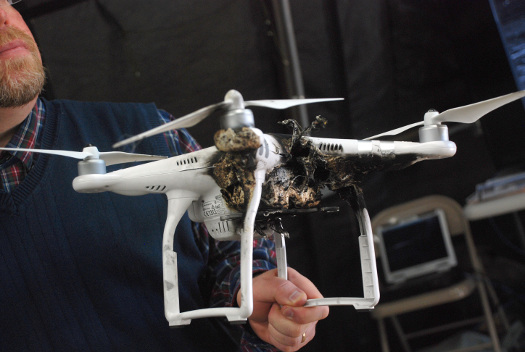 A swarm of experts from across the nation assembled for a two-week experiment at Fort Sill in Oklahoma recently trying out systems with the potential to provide service members with unlimited weapons capabilities. The event, called Maneuver Fires Integrated Experiment, spanned April 11-22 and demonstrated two types of weaponry: one using lasers and the other using electricity-propelled projectiles to acquire and destroy targets.

According to John Haithcock, director of the Fires Battle Lab on Fort Sill, counter unmanned-aerial-vehicle missions are the current capability gap and the focus of the weapons experiment. By conducting the experiments early in the development process, Haithcock said developers could incorporate the insights of service members who would use the equipment and report on how to improve the interfaces. Also, the event brought out not only future technologies but current technologies that may be integrated together. The result is an integrated weapon system with command and control sensors that can do multiple missions, he said.

"As opposed to having three pieces of equipment, we can use some of this new technology and integrate it into a single vehicle," said Haithcock.

Unlimited laser weapons
Unmanned aerial vehicles, commonly called drones, provide reconnaissance and weapon capabilities. Their relatively low cost makes them a prevalent force multiplier for military units. According to Lt. Col. Jeff Erts, experiment and war-games chief for the Fires Battle Lab on Fort Sill, drones have also become an increasing threat around the world where friendly forces are encountering them. The operators of those drones are able to report locations of friendly troops and call in large barrages of enemy fire as a result.

"We don't currently have anything to take those down," said Erts. "So we're really working to put something in the field that can destroy these before they have a chance to report on our Soldiers' locations."

The first weapon demonstrated was a compact laser weapons system able to either be transported on its own vehicle or as an augmentation of currently used equipment. For the demonstration, a 2-kW laser was mounted on a Stryker armored vehicle. The system's beam controller was mounted to the top of the vehicle while the laser itself, the power, and coolant, were integrated into the interior of the Stryker. Nearby was a 10-kW laser on an independent vehicle.

The lasers have the ability to melt away plastic and burn through metal, damaging drones to the point that they can no longer remain airborne or their reconnaissance abilities are damaged. The lasers are able to perform regardless of weather, however, poor weather can degrade the performance. Still, "the carcasses of multiple destroyed drones, some shot by the laser through rain, are testament to the power and ability of the lasers," said Adam Aberle, High Energy Laser Mobile Demonstrator program manager, U.S. Army's Space and Missile Defense Command and Army Forces Strategic Command Technical Center. 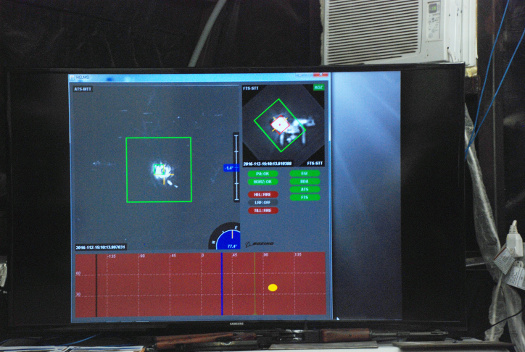 Operators pick a point on the target and sensors in the beam are able to "see" and lock onto the target, auto tracking. The laser produces little noise and is invisible to the eye.

"You can have an effect, and nobody knows what happened," said Aberle.

Perhaps the biggest feature is the weapon's ability to save military money in terms of ammunition currently needed to provide security against unmanned aerial vehicles. According to Erts, the current method to combat aerial targets is to use expensive equipment. For the military to engage in counter-drone missions with current technology would be financially inefficient. Instead, the lasers will be able to fulfill the role.

"If an intercontinental ballistic missile is coming, if any ballistic missile is coming, to a very high-priority target, then absolutely, shoot a million-dollar missile at it," said Erts. "However, when you have conceivably hundreds of small, inexpensive targets coming at you, we don't have enough of those missiles to engage them. With as low cost as (drones) are, the enemy can keep throwing those at us. So we need a system, something that doesn't cost a lot to shoot. Literally a laser is just the cost of the gas it takes to run the generator, to generate the power to shoot again ... and again ... and again."

A common theme throughout the experiment was the ability of the laser to operate an effective counter mission on as little as a few gallons of fuel. Dexter Henson, communications manager for Boeing, explained that so long as the lasers have enough coolant and fuel, they are able to participate in continual enemy engagement.

"The compact laser system provides what we like to describe as an infinite magazine,'" said Henson. "What it allows us to do is to assist the Soldiers who are dealing with these types of threats.  Basically, all it takes is the amount of fuel that you can fill in a coffee can."

Eliminating accelerants
A few yards south of the laser experimentation, members of General Atomics ready their own prototype for a demonstration. Their weapon, a railgun, uses electricity to generate the propelling force for a round, and also uses a round without accelerants, eliminating any potential source for an explosion either prior to, or after, firing the weapon.

"Without a propellant, the logistic questions are simplified," said Robert Taylor, who was involved with the payload and design. "You can't make an (improvised explosive device) out of any part of the projectile."

Instead, the weapon uses speed as its method to deliver damage. The railgun has the ability to travel six times the speed of sound. Taylor says there is potential for tremendous lethality at range. 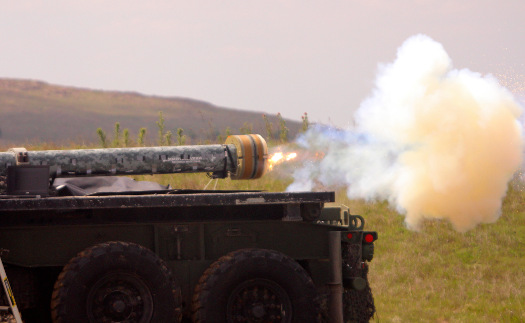 The railgun operates using bus bars, where electricity flows up one bar, across an arm, and back down the other bar, returning to the power supply. The electricity is up to 1.7 million amps, and the curvature of the path creates the electromagnetic source to accelerate the projectile, said Taylor. 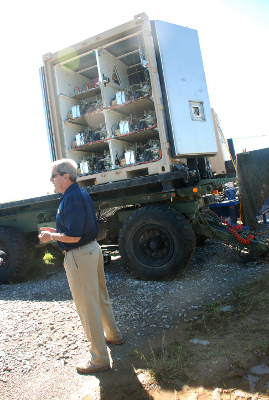 Robert Taylor, who was involved with the payload and design at General Atomics, explains how the railgun power system is set up in a modular format, so if one module is lost, the others can be manipulated to pick up the slack. [Photo Credit: Monica K. Guthrie]

"It does not need (an accelerant)," said Taylor. "It's moving six times the speed of sound. If you had an explosive charge, the fragments off of that would be moving slower (than the propellant)."

An interesting difference between the railgun and a traditional weapon is the shape of the barrel. Because the weapon does not use any accelerants, there is no need for the weapon to be round (and seal the propellant gas), so the barrel of the railgun is square. In addition, a separate capacitor stores the energy in a system that uses technology that is more than a decade old, said Taylor. It is four times more energy dense, meaning operators now can get the same power from a box a quarter of the size. In addition, the power system is set up in a modular format, meaning if one is lost, the others can be manipulated to pick up the slack. The result is a piece of equipment that is more tolerant of battlefield damage. Its modular style makes it flexible for work and replacement, said Taylor.

As the projectile leaves the weapon, a lower portion separates from the body as the protective continues. One will be destroyed immediately, said Taylor, and the other will go to the side. Because of the speed, the projectile itself requires a heat-resistant nose, typically made of tungsten. The weapon's speed and lack of explosive allows the user to reduce the amount of collateral damage. Its precision makes it multifunctional for aerial targets as well as ground targets, such as buildings or antennas. Its speed gives it the potential ability to intercept long-range targets.

"You'll have to watch the muzzle flash and then quickly shift your gaze to the target," said Taylor. "If you wait to hear the gun, it's over. You will not see the effects on the target. And don't blink."