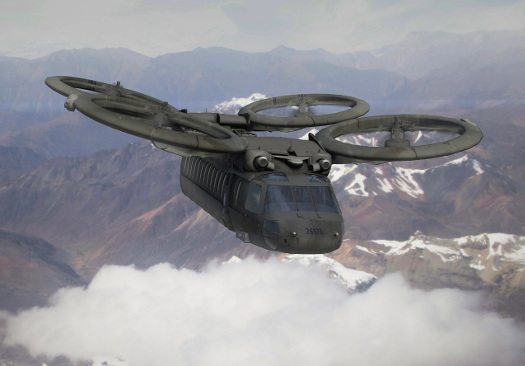 The U.S. Army is moving ahead with research on potential new component-level technologies for future rotorcraft.

"We wanted to know what would happen to vehicle performance, or the rotor blade structural integrity, if it is hit by live fire in combat," said Matthew L. Wilbur, ARL Vehicle Technology Directorate senior research engineer working at the NASA Langley Research Center. "This technology may provide reduced noise signature, reduced vibration, enhanced rotor performance, and also offer a lighter and more efficient technology for flight control of the helicopter."

The CTEF experiments are being conducted under the Science and Technology Red Teaming initiative sponsored by the Office of the Assistant Secretary of the Army for Acquisition, Logistics, and Technology, or ASA (ALT). This initiative provides early, in-depth vulnerability assessments of emerging technologies across laboratory, table-top, and live field environments. 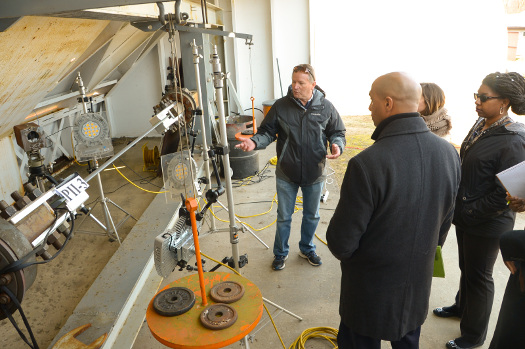 Specifically, the live-fire CTEF experiments explore the ballistic vulnerability of emerging individual blade-control technologies and promote the development of components that are threat ready.

VIDEO: The U.S. Army is moving ahead with research on potential new component-level technologies for future rotorcraft. A team from the U.S. Army Research Laboratory completed the first-ever live-fire test of a rotor blade with individual blade-control technology in mid-January.

A team from ASA (ALT) visited researchers March 4 to observe another round of test firings and to speak with researchers.

"We want to understand how this technology might be applied to future aircraft," said Todd M. Turner, ASA (ALT) Air Portfolio director. "Our goal is to design, develop, and demonstrate the next generation of technologies that will provide unmatched vertical lift aircraft performance to meet future operation capabilities."

The CTEF experiment represents a leap in technology from an active rotor standpoint, Wilbur said.

"The actuators used in the CTEF are not your typical motors; they are solid-state devices that change shape when an electric current is applied," Wilbur said. "They work great, but if they are damaged they tend to short circuit, which means that the remaining healthy actuators no longer receive the power they need to function. To defeat this failure mode, we devised a method where each actuator has a small fuse in line with its connection to the power source. For this particular test, that meant fabricating a blade in which each actuator was individually wired, and the fuses were external to the blade at the point where the electrical power was distributed."

Wilbur said that in a follow-on activity they hope to start later this year, small surface-mount fuses will be embedded directly on the actuators, so that no outside electrical power distribution or extensive wiring will be necessary.

"The big active-rotor breakthrough associated with this was the fact that the insertion of the fuses in-line with each actuator worked perfectly," he said. "We acquired high-speed blade-performance data during each of the shots, and in each case it is clear that the blade continued to actuate with no degradation in performance other than that attributable to the loss of the damaged actuators." 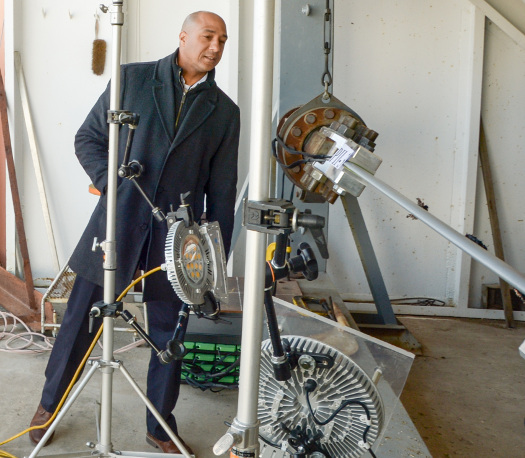 Funding to conduct this research is the enabling factor, he said.

"When we don't have money, we do a lot of analysis and we come up with great ideas, but then at some point you have to start building some hardware, and sometimes that gets a little harder to do when there's not enough money flowing," he said. "Without the Red Teaming funding, this critical vulnerability assessment would not happen early in the applied research phase."