In one recent application, Sciaky's EBAM™ technology cut significant time and cost from the production of a ballast tank for an underwater drone. 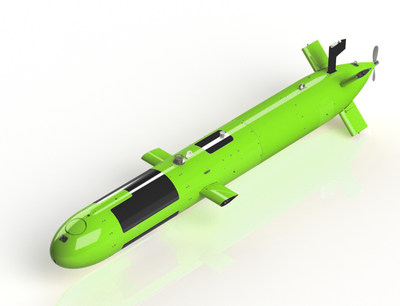 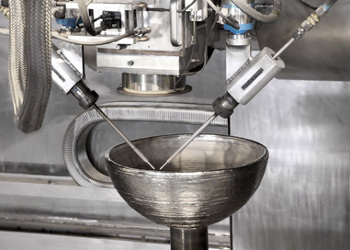 EBAM technology can produce high-quality, large-scale metal structures up to 19 ft in length or 8 ft in diameter.

ISE approached Sciaky after the closure of its former supplier, an overseas titanium forging facility that produced propellant tanks for the Russian space program. ISE did not want to risk further delays in their exploration plans, so they reached out to Sciaky after learning that Sciaky had 3D printed titanium propellant tanks for Lockheed Martin Space Systems in 2015.

The engineers and project management team at Sciaky immediately put together an aggressive plan to produce a new titanium VB tank for ISE using Sciaky's patented EBAM 3D-printing process. In the end, Sciaky helped ISE reduce production time from 16 weeks to 8 weeks, as well as reduce overall costs as compared to retooling with a new forging supplier. In addition, the VB tank created with Sciaky's EBAM process passed the same vigorous qualification testing as the tank previously created with the forging process. ISE now plans to 3D print other critical titanium parts with Sciaky's EBAM process. 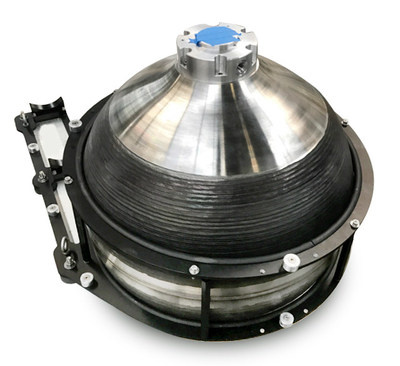 The manufacturing of the titanium Variable Ballast (VB) tank using EBAM technology took half the time it would have when compared to retooling with a new forging supplier.

The titanium VB tank is a sub-system of ISE's Arctic Explorer Autonomous Underwater Vehicle (AUV). ISE previously built two Arctic Explorers for Natural Resources Canada/Defense Research and Development Canada (DRDC) to map the sea floor underneath the Arctic ice shelf in support of Canada's claim under Article 76 of the United Nations Convention on the Law of the Sea. The Arctic Explorer is the largest of the Explorer AUV class, measuring over 7 m (nearly 23 ft) long and weighing over 2,000 kg (4,409 lb). It can be launched from a ship or through an ice hole, and the modular sections can be separated for transportation. Its unique VB system enables it to park on the sea floor or hold itself on the underside of the ice during missions. Rated to 5,000 m (roughly 3.11 miles) depth, the Arctic Explorer is designed to remain underwater between missions for extended periods of time. A small remotely operated vehicle (ROV) conducts all servicing and charging after the AUV is attached to a docking head.

The VB tank 3D printed with Sciaky's EBAM process will be installed onboard a new Arctic Explorer AUV that is scheduled to be delivered to the University of Tasmania in the spring of 2017. This new Explorer AUV will be deployed in Antarctica after extensive trials and training operations.

How the EBAM process works

Starting with a 3D model from a CAD program, Sciaky's fully articulated, moving electron beam gun deposits metal, via wire feedstock, layer by layer, until the part is built and ready for ?nish machining. Deposition rates typically range from 7 to 20 lb/hr (3 to 9 kg/hr), depending upon part geometry and the material selected.

Sciaky's AM process has been developed to deposit material only where it is needed to reduce the amount of starting materials required, which also translates into reduced time for machining. The below example is of a titanium aircraft material comparison. 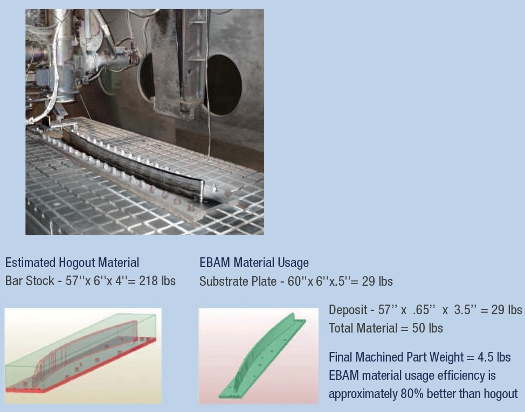 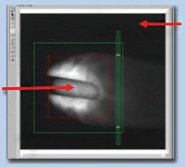 Sciaky's patented Closed-Loop Control (CLC) technology automates the EBAM process. A custom camera system provides a real-time view of the molten pool. The molten pool size is a function of pool temperature and surface tension. Temperature changes are adjusted based on geometry and other factors, such as consumable behavior. CLC is constantly monitoring and adjusting parameters to maintain a constant pool size. The result is a consistent production of high-quality parts, from the ?rst part to the last.

Kenn Lachenberg, Director of Operations, Sciaky, provided Designfax readers with some exclusive insights into the EBAM process, along with dos and don'ts for project consideration and some really valuable design tips.

Designfax: Your best results will be realized by ...

Lachenberg: Having a better understanding of the process and providing final part requirements and details.

The Electron Beam Additive Manufacturing processing initially involves manipulating a 3D CAD model such that it can be used to generate computer numerically controlled (CNC) tool paths for the EBAM system. The tool paths are programmed such that the part model is "sliced" into layers that, when executed on the EBAM machine, will result in a near net shape. Once the tool paths are created, the EBAM system is used to perform the deposition process to build the metallic alloy part.

Sciaky's EBAM gun uses a highly focused stream of electrons rather than photons to heat up and fuse the material. Additionally, the process is performed within a vacuum chamber, unlike most other additive technologies that require some type of inert gas. The use of an electron beam allows for high power to be applied very efficiently that enables our process to scale to large-size parts very easily. It also allows us to achieve material deposition rates that we believe are some of the highest -- if not the highest -- available in the marketplace today. When working with reactive materials such as titanium (as used on the VB tank for ISE) at high deposition rates, the vacuum chamber provides an ideal environment for processing these materials.

A substrate plate or a bar (as with the VB tank) provides a surface upon which to deposit material and, in many instances, becomes an integral part of the finished structure. The EBAM process utilizes wire as the incoming feedstock material. Wire has several advantages in that it is readily available, results in minimal waste, and the feed rate can be precisely calculated and controlled. The wire is fed into the molten pool established by the electron beam though a guide nozzle whose position can be monitored and controlled. The result of depositing layer upon layer of material generates the near net shape component commonly referred to as a "preform." The preform is finished-machined to achieve the tolerances and surface finishes required by the application.

For the ISE VB Tank, two hemispheres were fabricated and fixtured to provide EBAM cladding at each end of the hemispheres to cover thicker features on the tank. Furthermore, the two halves were EB welded to fabricate a single VB tank. Every EBAM machine is fully capable of providing both EBAM deposition to fabricate a preform, can clad to provide additional wall thickness for features, as well as perform EB welding to join sections of the preform and/or to expand substrate plate size; this provides a unique triple-process capability with this method that is not typically available with any other AM systems.

Designfax: What are some basics for the engineer or designer just getting started?

Lachenberg: The following should be considered by the new customer to have EBAM work performed:

Designfax: Are there any material specification requirements that we need to comply with?

Lachenberg: If so, they would need to be outlined. For example, some customers reference AMS4999 for the EBAM fabrication of Titanium 6Al-4V components.

Designfax: Will Sciaky be responsible for outside processing such as stress relieving, other heat treatment, NDI, and/or machining?

Lachenberg: Sciaky can work with the customer to recommend the approach to take for a given material type and geometry as it relates to the final part configuration.

Lachenberg: The best candidates for the EBAM process are weldable, available in wire form, difficult to machine, high-value metals. Business case for EBAM is currently driven by raw material waste and lead time reductions for high cost, difficult to machine materials such as Titanium- and Nickel-based super alloys. Typically, the bigger the part the better for the EBAM process. As a general rule, parts smaller than a bread box with intricate features are best suited for work using Powder Bed AM processes.

Designfax: What are some of the design considerations for achieving correct final part size/shape?

Lachenberg: With the EBAM process, we need to build from a substrate plate or bar, and gravity must be considered to account for the molten material to be supported during the build; however, many off-angle builds are accomplished by manipulating the part on a rotary/tilt table to best work with gravitational influences.

Designfax: Can you tell us a little about finishing options from the design perspective?

Lachenberg: There will be an overbuild of the preform to encompass the net shape of the final part, therefore finish machining for critical contact surfaces of the part will be required. On the VB tank for ISE, they only machined the weld seam prior to EB welding, and the final contact surfaces on the part. We typically scan the preform upon completion of the build and after heat treatment (if required). The 3D scan can be used with established datums to assist post-machining operations.