Wheels:
How NASA and John Deere helped tractors drive themselves 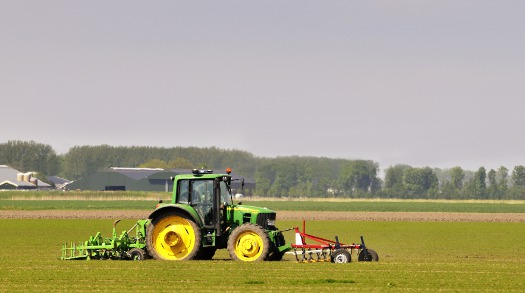 There has been a lot of talk lately of self-driving cars, but farmers have already been making good use of self-driving tractors for more than a decade -- in part due to a partnership between John Deere and NASA's Jet Propulsion Laboratory (JPL) on GPS receivers.

The story starts with GPS, which was still new in the mid-1990s when John Deere, based in Moline, IL, began using it for precision agriculture. The company combined GPS location data with readings from sensors on a harvesting combine to determine the crop yield on different parts of the field.

Such information can help farmers allocate future resources and determine which seed varieties and management practices are the most productive.

But John Deere wanted to go a step further, to create a system that could actually guide the tractor autonomously. The challenge was that uncorrected GPS can be off by up to about 30 ft due to data errors, drift in the GPS satellites' internal clocks, and inaccurate orbital parameters. 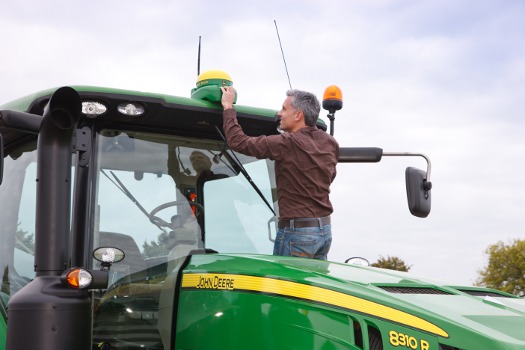 A long partnership with the Jet Propulsion Laboratory helped John Deere spread self-driving tractor capabilities all over the world, lowering costs and improving yields for farmers while popularizing the idea of precision agriculture. [Credit: John Deere]

Scientists at JPL, where the first global tracking system for GPS satellites had been developed, were already working on a crucial ingredient: a tool to stream satellite tracking data in real time via the Internet, rather than collecting it intermittently by phone lines.

Thanks to a major funding infusion from the Federal Aviation Administration, which wanted to provide pilots with reliable GPS data, the JPL team was able to develop the necessary software, says Yoaz Bar-Sever, who was supervisor of the Orbiter and Radiometric Systems group at JPL at the time.

It was "a breakthrough capability," recalls Bar-Sever. "We were approached by many companies" -- one of which was John Deere.

A game of inches
John Deere had been working on its own technology for correcting GPS signals in cooperation with another company, NavCom, which John Deere later acquired. By 2003, the company developed a self-guidance system that was accurate down to an inch or so.

However, the system wasn't entirely reliable, as its radio signal could go down or be lost behind a hill, says Terry Pickett, currently manager of the Advanced Engineering group at John Deere Intelligent Solutions Group. Moreover, it was expensive and required installing one or more signal towers.

So in 2004, John Deere tried something different, modifying its StarFire GPS receivers so they could tap into NASA's global network of ground stations and incorporate JPL's software -- thanks to NavCom's 2001 license with JPL for its GPS-correction software and a contract to receive data from JPL's global network of reference stations.

"John Deere based their system on our technology lock, stock, and barrel," Bar-Sever says. "We linked our systems quite tightly." 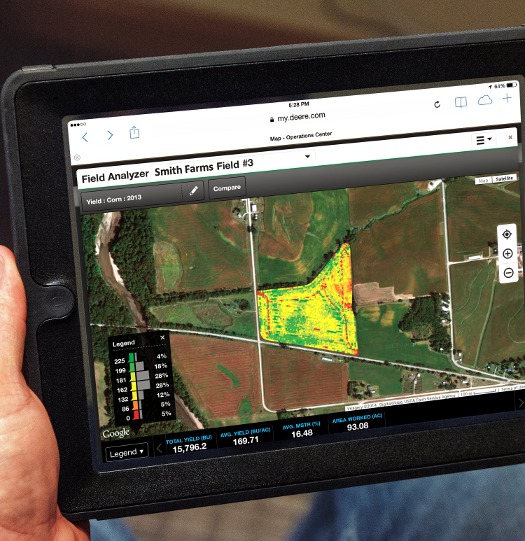 The JPL-linked system was accurate down to a few inches, but more importantly, with this solution, John Deere could finally offer self-driving agricultural equipment to its customers worldwide.

Machines all over the world could "guide themselves with a lot less overlap, and that meant a lot to our customers," Pickett says.

Autonomous benefits
Typically, when a tractor crisscrosses a field, the rows overlap by about 10 percent, Pickett explains. This means a significant portion of the field receives double the necessary seed, fertilizer, and pesticide, and the job takes longer than necessary.

Eliminating overlap also cuts down on fuel costs, wear and tear on the machinery, and tractor operator time, since an operator is required to monitor operating conditions and avoid collisions. And higher accuracy also means more reliable yield maps.

"Self-guidance had a big impact on the cost of the product farmers were producing, the amount, and often the quality," Pickett says.

By 2015, he estimates, around a third of the crop acreage in North America was being farmed using self-guidance systems, as was up to half of the farmland in Europe and South America and more than 90 percent in Australia.

All the while, John Deere was perfecting its own means of precision guidance, and the company let the NASA license expire in 2015, now relying on its own system.

But Pickett says the accuracy that originally came from the company's partnership with JPL not only gave rise to significant improvements to John Deere's guidance technology but also served to help popularize the notion of autonomous precision agriculture itself. "Guidance was what drove it, and what drove guidance was accuracy," he says.