Aerodynamics of supersonic free fall turn logic on its head 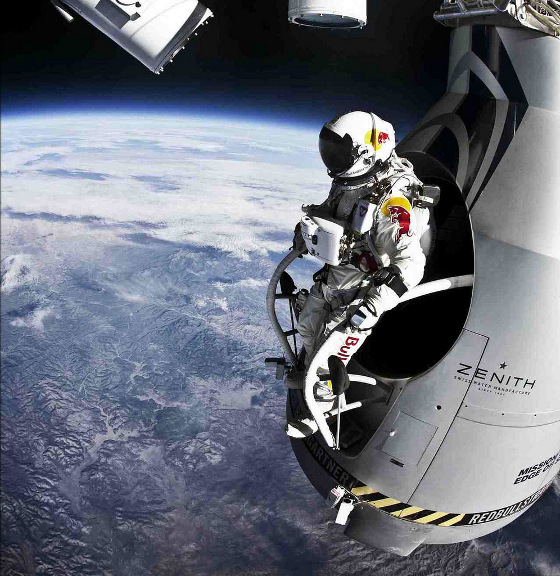 Five years ago, the Austrian daredevil Felix Baumgartner broke the sound barrier during his free fall from an altitude of almost 39 km. Now researchers at the Technical University of Munich (TUM) have analyzed the fluid dynamics of his descent. The surprising result: Baumgartner, with his irregularly shaped equipment, fell faster than a smooth, symmetrical body would have.

Baumgartner's daring leap from the stratosphere on Oct. 14, 2012, set a world record: It was the first time ever that a human being had broken the sound barrier while in free fall. Prof. Ulrich Walter, head of the TUM Chair for Astronautics, recognized Baumgartner's record leap as a unique opportunity to study how an irregularly shaped object falls. "In the past, nobody knew how rough and irregularly formed surfaces like the folds of the protective suit and the backpack Baumgartner wore would impact fluid dynamics," Walter says. 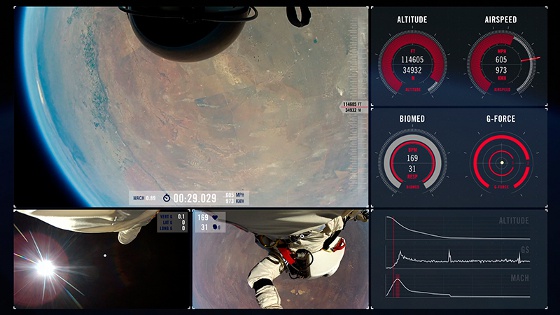 A jump raises plenty of questions
The first surprise came shortly after the landing, recalls Walter, who followed the jump live as scientific advisor to the Stratos team: "Our calculations, based on the fluid dynamics of a smooth body, indicated that Baumgartner would need to jump from an altitude of about 37 kilometers in order to break through the sound barrier, i.e. to fall faster than Mach 1 or about 1,200 kilometers per hour. But in reality, Baumgartner reached a much higher speed of Mach 1.25."

But how could an athlete equipped with a protective suit and a backpack fall faster than a symmetrically shaped object with a smooth surface? Using data collected on atmospheric pressure, temperature, Baumgartner's speed, and his position in space at every point in time during the jump, it was possible to investigate the aerodynamics of irregularly shaped bodies at extreme speeds.

When the air stiffens
Calculating fluid dynamics in the transonic range close to the sound barrier is not all that easy, since a number of different physical phenomena overlap here: At speeds between Mach 0.7 and 1.3, the flow of air around a moving object is no longer elastic, but rather air reacts stiffly: Shock waves form, resulting in turbulence. In turn, this turbulence absorbs energy, leading to an increase in aerodynamic drag at speeds close to the speed of sound. Conversely, under certain flow conditions, surface irregularities can reduce aerodynamic drag: Just as a golf ball with small dimples on its surface flies better, a body in free fall can be faster if it doesn't have a smooth surface.

Data from sensors and videos
In a theoretical analysis, Walter first established the mathematical basis for calculating the flow resistance of arbitrarily shaped bodies directly from measured data. With this, and from the measured values from Baumgartner's record jump, the drag coefficient and the aerodynamics could be derived. 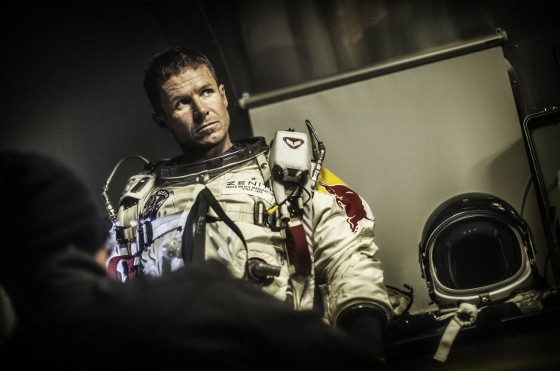 "We consolidated data from various sources in a variety of different formats -- some of the data consisted of measured values, but we had to extract some of the information from videos," recalls Markus Gürster, who prepared the data and applied various analytic methods to it in his Bachelor's thesis.

"The results really surprised us," says the aviation and astronautics engineer, who is presently working on a doctorate at MIT after completing his Master's thesis there: "While the drag coefficient of a smooth cube increases continuously from Mach 0.6 to Mach 1.1, according to our results, the coefficient remained almost unchanged during Baumgartner's flight -- that means the sound barrier hardly generated any additional drag at all."

Dents and bumps mean more speed
"The investigation shows that any variety of dents, wrinkles, and irregularities on the surface significantly decrease aerodynamic drag at transonic speeds," Walter says. Irregularly formed surfaces mean higher speed: Compared with a smooth objects, their drag coefficient and thus also their aerodynamic drag is cut almost in half.

Walter added that these calculations are still purely fundamental research, but adds that if, for example, the cruising speed of aircraft continues to rise, the results may be useful one day. He summarizes: "If you're trying to approach the speed of sound, dents and bumps can actually be very useful."

------------------------------
SIDEBAR: Other final data
Felix Baumgartner's supersonic free fall from the edge of space reached a surprising speed of Mach 1.25. The statistic was just part of the news shared in a report detailing the results of a three-month-long analysis of mission data conducted by the Red Bull Stratos science team adn released on Feb. 5, 2013.

The Austrian adventurer's free fall demonstrated that, with the right equipment and proper training, a human being can safely accelerate through the sound barrier. That is a vital breakthrough for the aerospace industry as it looks for answers to the questions of crew and passenger escape in emergency situations, especially with commercial space travel on the horizon. 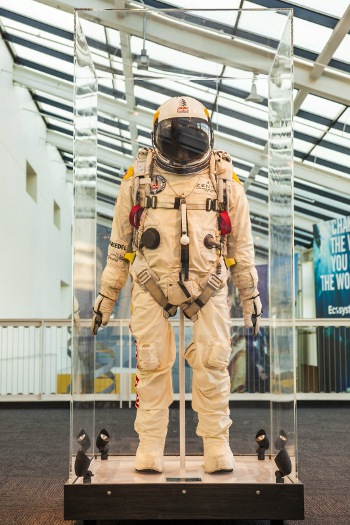 Baumgartner experienced 25.2 seconds of absolute weightlessness during the initial stage of his free fall. Subsequently, he entered a period of turning and spinning that reached a maximum rate of 60 revolutions per minute and put the 43-year-old in a "flat spin" position for about 13 seconds He was able to stabilize his trajectory using his skydiving skills. All physiologic data were well within anticipated parameters, never exceeding safety margins. (For example, the G meter worn on Baumgartner's wrist never experienced the 6 continuous seconds at 3.5 G that would have triggered deployment of his stabilization parachute; in fact the area of most concern, Baumgartner's cranial region, remained under 2 G for the duration of his spin.)

Baumgartner described the free fall sensation as he accelerated to and through the sound barrier: "It feels like you are floating into space, and then you pick up speed very fast -- but you don't feel the air because the air density is so low. For almost 35 seconds, I couldn't sense the air around me because basically there was none. That kind of helpless feeling is annoying as a professional skydiver. And then when you finally enter a thicker air layer you have to keep yourself completely symmetrical because otherwise you start spinning, which is what happened to me."

The mission achieved many science innovation milestones such as: the development and validation of pressure suit and personal parachute rig innovations; the development of new medical treatment protocols, including a protocol for the condition of ebullism anticipated to become the new standard of care; and the introduction of a "reefed" parachute system to the task of high-altitude payload recovery, offering potential benefits for both passengers and cargo.

Baumgartner's space suit was custom designed to provide the mobility necessary for controlled free fall, as well as modifications to enhance visual acuity, GPS tracking, and thermal protection. "He could have gone to the moon in that suit, but yet he was also able to fall in a head-down position and be comfortable inside it," said Mike Todd, the life-support engineer from Sage Cheshire Aerospace who personally dressed Baumgartner for every jump.

No personal parachute rig had ever been developed for supersonic free fall. The ingenious system created for Baumgartner included a variety of innovations ranging from a specially designed handle configuration to a unique altimeter designed for the exceptionally long descent. But the biggest innovation was a drogue (stabilization) system and G meter triggering device designed to stabilize Baumgartner only if his spins reached dangerous levels, without deploying if (as it turned out) he was able to control spinning with his own skills.

Also new was the introduction of a "reefed" parachute system. Typically with high-altitude payloads, a recovery parachute deploys fully as soon as the payload releases from the balloon. The Red Bull Stratos capsule parachute, however, was "reefed," meaning that restraining fabric around its circumference held the opening to just under 5 m/17 ft in diameter for the initial part of the descent, allowing the capsule to fall quickly (up to nearly 560 kmh/350 mph) before full parachute deployment. The result was a one-third reduction in drifting (resulting in better accuracy in landing zone prediction) and an estimated two-thirds reduction of descent time.