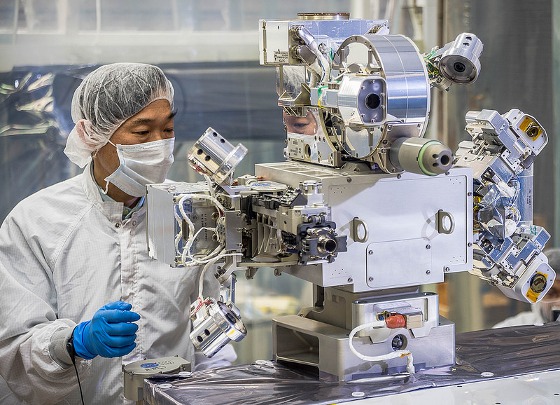 Space exploration has captured our attention for over half of a century. NASA plans to propel human spaceflight beyond low-Earth orbit and continue the legacy of the Apollo missions.

With a renewed focus on exploration, NASA is developing new space technologies and capabilities that pave the way for missions back to the Moon and beyond. The agency will advance long-duration mission-critical capabilities with the Robotic Refueling Mission 3 (RRM3).

From the International Space Station, RRM3 will demonstrate cutting-edge technologies to store and transfer liquid methane in space. Once proven, the methods can be applied to the storage and transfer of other cryogenic fluids -- fluids with extremely low boiling points that can function as a coolant or propellant -- for a variety of missions.

RRM3 recently concluded a crucial series of tests at NASA's Kennedy Space Center in Cape Canaveral, FL. Tests confirmed its electrical compatibility with the space station and validated successful methane operations on the ground. With rigorous testing at NASA's Goddard Space Flight Center in Greenbelt, MD, where the module was built, and Kennedy now complete, RRM3 will go into storage until final launch preparations are conducted later this fall.

The mission will launch aboard a SpaceX Commercial Resupply Services mission to the space station later this year. Once installed, the transfer and storage technologies will be put to the test.

The station's Dextre robot will use a suite of three tools for the technology demonstration. The cryogen servicing tool delivers the cryogen transfer hose from a source tank filled with liquid methane to an empty receiving tank within the module. The multi-function tool operates adapters, or smaller specialized tools, for transferring liquid methane. The Visual Inspection Poseable Invertebrate Robot 2 (VIPIR2) is the eyes of the operation and uses a state-of-the-art robotic camera to verify the successful implementation of the tools used to complete the liquid methane transfers. 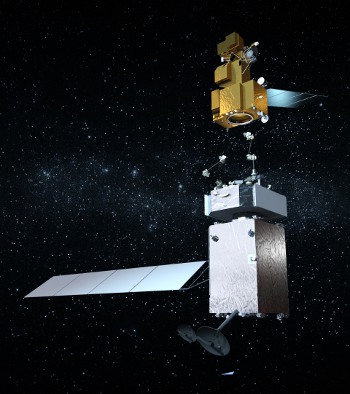 RRM3 demonstrations will also further develop 12 individual technology elements that are directly applicable to Restore-L, a project that aims to prove the combination of technologies needed to robotically service a satellite in orbit. These technologies range from robotic tools, to fluid transfer systems, to a high-speed processor called SpaceCube 2.0.

Cryogenic fluids are crucial to space exploration. Some, such as liquid oxygen, are commonly used for astronaut life-support systems and for keeping critical optical equipment cold and operational in space. Others are propellants potent enough to allow spacecraft to escape the gravitational pull of planetary bodies like the Moon and Mars.

"Imagine gas stations in space that use this refueling technology," said Hsiao Smith, deputy director for technical of the Satellite Servicing Projects Division at Goddard. "Missions wouldn't need to launch from Earth with all the fuel necessary for long-duration journeys, leaving more room for other supplies and instruments."

Though it sounds complex, the idea is simple. The ability to refuel in space will help NASA embark on longer journeys to explore the depths of our solar system as well as prolong the lifespans of existing satellites. 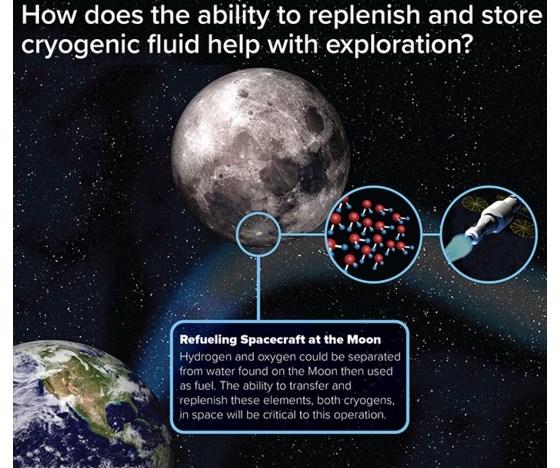 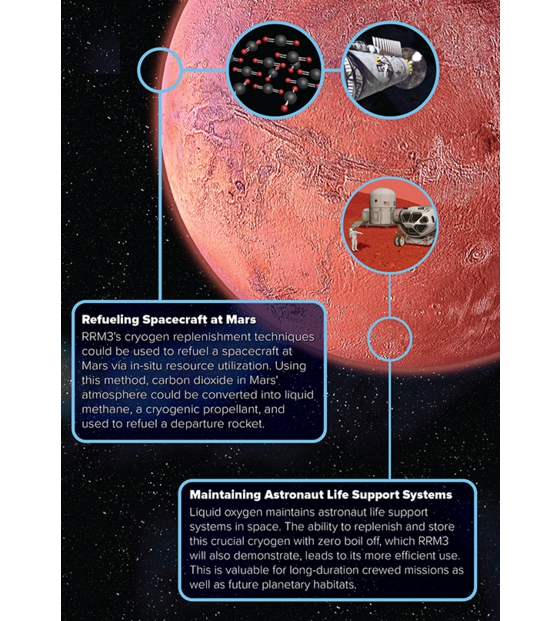 RRM3 builds on the first two phases of International Space Station technology demonstrations that tested tools, technologies, and techniques to refuel and repair satellites in orbit. It is developed and operated by the Satellite Servicing Projects Division at NASA's Goddard Space Flight Center in Greenbelt and managed by the Technology Demonstration Missions program office within NASA's Space Technology Mission Directorate.