In the race to fly humans to the Moon in the 1960s, the Soviet Union supported two separate programs. One based on the Saturn-V class N1 Moon rocket planned to land a single cosmonaut on the Moon. The other, the L1 or Zond program, planned to send two cosmonauts on circumlunar missions without a Moon landing.

The Zond was essentially a Soyuz spacecraft with the Orbital Module removed to save weight, replaced with a high-gain antenna and navigation instruments to enable lunar missions. Although it used the greater lift capability of the Proton rocket with a new upper stage to send the spacecraft and two cosmonauts on a free-return circumlunar trajectory, that capability was not enough to actually place the Zond into lunar orbit.

After several failed launch attempts, the Soviets achieved partial success with Zond 4 in March 1968, testing spacecraft systems to lunar distances but not around the Moon. Due to problems with its navigation systems, Zond 4 did not accomplish a soft landing in Soviet territory as planned. After a few months of analyzing the problems with Zond 4, the Soviets were ready to try again.

Night launch of Zond 5 from the Baykonur Cosmodrome (left). Zond 5 photographed the Earth from about 90,000 km (right). [Credits: RKK Energiya]

Zond 5 launched successfully on Sept. 15, 1968, from the Baykonur Cosmodrome in Kazakhstan, and after a short time in a low Earth parking orbit, the Proton's upper stage ignited for a second time to send the spacecraft toward the Moon.

The spacecraft carried a biological payload of wine flies, worms, plants, and two Russian steppe tortoises. After a three-day journey, Zond 5 passed 1,950 km above the Moon's far side and began its trip back toward Earth. At a distance of about 90,000 km, the spacecraft took photographs of Earth. On Sept. 21, Zond 5 reentered the Earth's atmosphere, but due to a guidance system error could not complete a soft landing in Soviet territory, splashing down in the Indian Ocean instead.

Despite the landing problem, Zond 5 did complete the first successful circumlunar mission, safely returning its biological payload to Earth. U.S. Navy vessels photographed the spacecraft bobbing in the water as Soviet sailors on the Vasily Golovnin recovered it for return to Moscow.

The Soviet vessel arrived in Bombay (now Mumbai), India, on Oct. 3 with Zond 5. An Antonov-12 cargo transport aircraft flew the spacecraft back to Moscow, where technicians removed the biological payload. Scientists found that the tortoises, the first living organisms to have made a circumlunar flight, had lost a little weight but were otherwise in good health. The capsule is currently on display at the RKK Energiya Museum in Korolev.

The flight of Zond-5 caused concern in the United States that the Soviets would place cosmonauts aboard the next Zond and complete the first crewed circumlunar mission. At about this time, a U.S. Corona reconnaissance satellite photographed a N-1 rocket on its pad at Baykonur. It is likely that top NASA managers like Administrator James E. Webb had access to this intelligence.

The apparently successful Zond 5 mission coupled with the photos of the Soviet lunar booster on the launch pad may have contributed to the decision to send Apollo 8 on its circumlunar mission in December 1968, bringing the Moon landing one step closer. 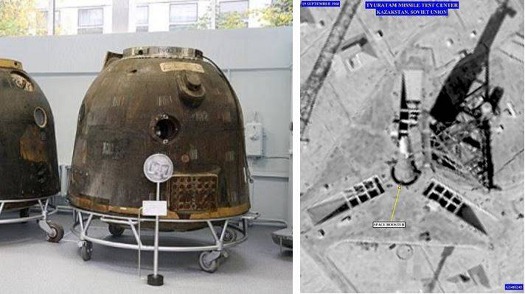