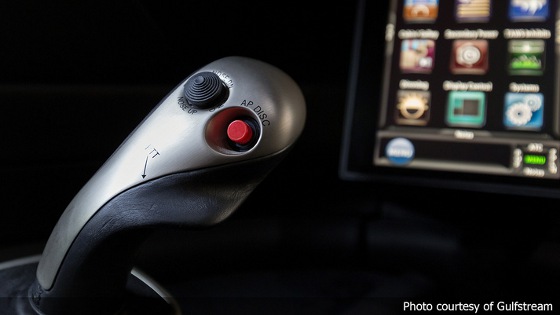 Gulfstream Aerospace Corp. recently announced the certification of its G500 aircraft by the Federal Aviation Administration, equipped with BAE Systems' active sticks. The achievement marks a milestone in the history of flight controls as the world's first certified civil active inceptor -- an accomplishment that earned both BAE Systems and Gulfstream the 2017 Aviation Week Technology Laureate Award. Every G500 jet will be manufactured with BAE Systems' active sticks installed.

"The certification of our active sticks on the G500 marks the completion of an eight-year development program," said Ehtisham Siddiqui, vice president and general manager of Controls & Avionics Solutions at BAE Systems. "We originally developed a variant of this technology for the F-35, and Gulfstream will now be the first in business aviation to offer our active control sidesticks to its customers."

The G500 is a twin-engine business jet designed for high-speed travel, offering an unprecedented combination of speed, technology, reliability, safety, and performance. Gulfstream delivered the first G500 on Sept. 27, 2018.

The G500 also features the revolutionary Symmetry Flight Deck (including the industry's first active control sidesticks) and the most extensive use of touch-screen technology in business aviation. In the cabin, the G500 is optimized for comfort and productivity. It includes 14 panoramic oval windows, 100 percent fresh air, and quiet cabin sound levels, all encompassed within Gulfstream's highly customized interior design. 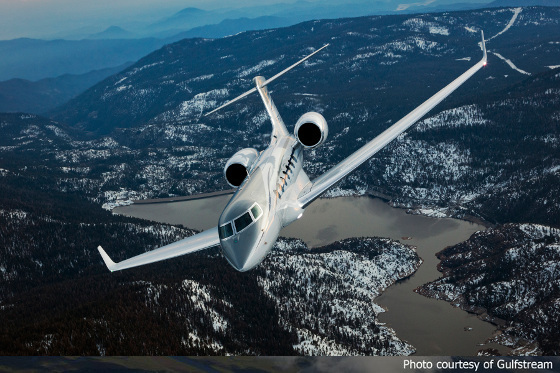 BAE Systems has been providing its active stick technology for fixed- and rotary-wing military aircraft for more than two decades. When certified for the F-35 fighter jet, it became the first certified military active stick in the world. The company was also the first to introduce fly-by-wire (FBW) in civil applications with the Airbus 310 aircraft.

Decades ago, aircraft moved to digital fly-by-wire controls from mechanical controls, meaning much of the tactile feedback from pilot controls was lost. Active sticks return that feedback to the pilot, within a completely electronic system, which also offers significant weight and volume savings over mechanical controls. By providing an indication of any impending structural or aerodynamic operating limits -- such as excessive bank angle or stall -- the active sticks improve a pilot's awareness and ability to control the plane. 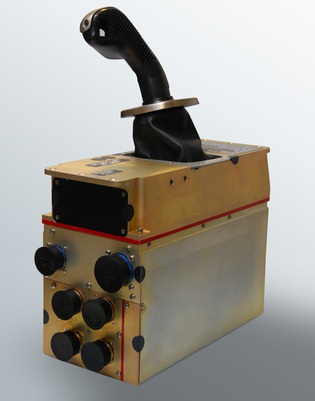 BAE Systems says traditional systems "use mechanical inceptors, which cannot affect the feel of the stick in real time, so changes to the flight envelope of the aircraft cannot be fed back to the pilot as cues, leading to no situational awareness through the inceptor feel, such as excessive bank angle or stall.

"Active inceptors provide force feedback directly into the pilot's hand, in real time. This force feedback may take the form of various cues to warn pilots of impending flight envelope limits, which can mean the plane is being flown unsafely. It provides an intuitive means of giving immediate feedback to the pilot and links the controls across the cockpit, so each pilot can feel the forces and see the displacements the other is causing."

The pilot linking "is done electrically by the system and replaces all the complexity, weight, and volume of mechanically linked passive inceptor systems," says the manufacturer. "The result is increased safety and crew coordination in dual-pilot situations, which may eliminate industry concerns over dual-pilot inputs in passive inceptor-equipped aircraft."

The use of side sticks in aircraft cabins has also been a matter of better ergonomics for pilots. According to BAE Systems, "moving the control stick off to the side allows for larger flight displays and for pilots to sit closer to them."