World's largest 3D-printed rocket engine was made in one piece 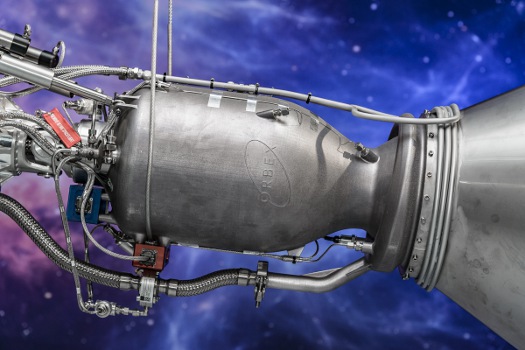 Big things are happening in the small town of Forres in the Scottish Highlands. That is where Orbex, a UK-based spaceflight company, recently opened its new headquarters and design facility -- and took that opportunity to unveil the world's largest 3D-printed Rocket Engine, which was made in a single piece.

The Orbex Prime rocket has been designed to deliver small satellites into Earth's orbit.

Orbex Prime is a completely re-thought and re-engineered two-stage rocket, designed by Orbex aerospace engineers with extra help from organizations including NASA, ESA, and Ariane, as well as other commercial spaceflight companies. Thanks to its novel architecture, Prime launchers aim to be up to 30 percent lighter and 20 percent more efficient than any other vehicle in the small launcher category, packing more power per cubic liter than many heavy launchers. 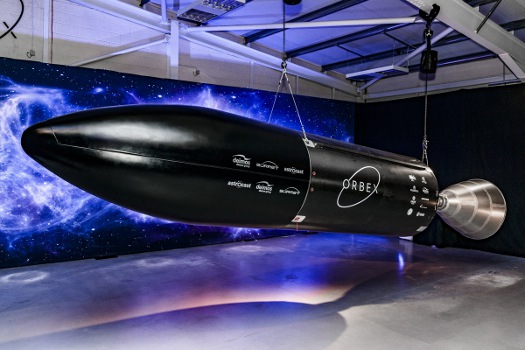 The completed engineering prototype of the Stage 2 rocket (the stage that will transit into orbital flight after launch) has two main parts: a specially formulated lightweight carbon fiber and aluminum composite, and the world's largest 3D-printed rocket engine. Interestingly, the company says it also has created "a novel zero-shock staging and payload separation system called Magic, which leaves zero orbital debris." 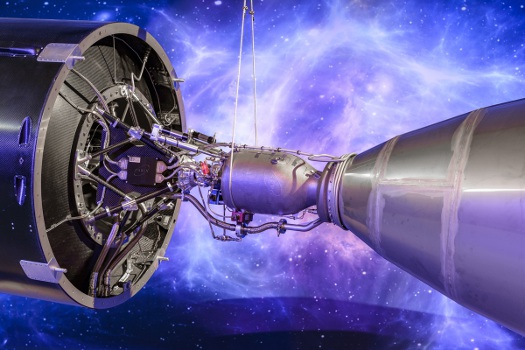 Given the extreme temperature and pressure fluctuations involved in space flight, the single-piece design should give the engine an advantage over other rocket engines, which can suffer from weaknesses associated with joining and welding. It is also the first commercial rocket engine designed to work with bio-propane, a clean-burning, renewable fuel source that cuts carbon emissions by 90 percent compared to fossil hydrocarbon fuels, supplied by Orbex's new exclusive BioLPG fuel partner Calor.

[Editor's Note: Orbex reps would not provide information on metal type used in the 3D-printed engine, how long it took to print, or even the piece's dimensions. They also would not provide thrust numbers. We did ask!]

Orbex first came into the public eye in July 2018, when the UK Space Agency announced that the company had been chosen to launch from the proposed spaceport in Sutherland in the Scottish Highlands as part of the main consortium. At that time, the company announced that it had already won £30 million ($40 million) in private and public backing for the project, making it Europe's best-funded private launch company, straight out of start-up mode.

The company revealed the identities of more customers that would be among the first to launch their satellites from the Sutherland spaceport. On Orbex Prime's maiden flight from Scotland in 2021, the rocket will carry an experimental payload from UK-based Surrey Satellite Technology Ltd., a leading manufacturer of small satellites. This launch will represent an important first for the UK commercial space industry, demonstrating the UK's end-to-end launch capability with a UK rocket launching a UK satellite from a UK spaceport.

Orbex also announced that a Swiss-based company called Astrocast has selected them to launch multiple nanosatellites for the development of a planet-wide Internet of Things (IoT) network. Astrocast's satellite-based IoT network will eventually include 64 nanosatellites, spread across eight strata above the Earth, to deliver IoT connectivity across the planet, including regions currently considered remote or inaccessible.

One of the leading companies in the European space sector and a strategic investor in Orbex, Elecnor Deimos, has also confirmed that it has contracted with Orbex for up to 20 satellite launches.