DELO, one of the world's leading manufacturers of industrial adhesives for automotive, consumer, and industrial electronics applications, has broken the world record for achieving the heaviest lift using adhesive. 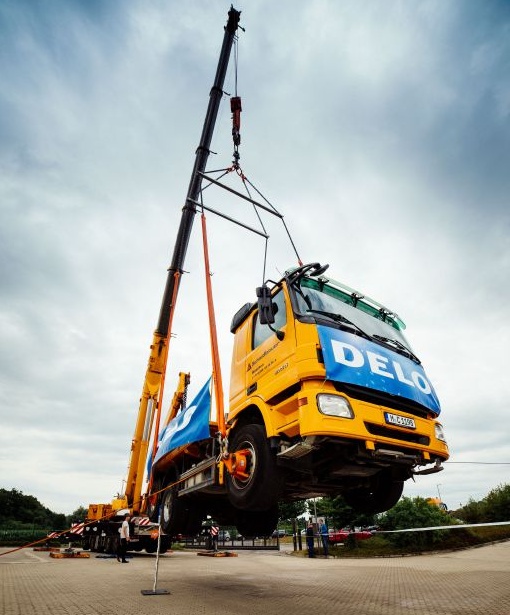 Headquartered in Windach, Germany, near Munich, the company lifted an 18-ton (17.5 metric tons) truck on July 12, surpassing the previous record of 16.3 metric tons for the "Heaviest weight lifted with glue." The new record was officially recognized by Guinness World Records.

The entire weight hung on a bonded aluminum cylinder with a radius of just 3.5 cm -- about the diameter of a standard soda can. The herculean feat required 3 grams (0.11 oz) of adhesive to bond an aluminum cylinder, which held the total truck weight. The record required holding the entire hung weight for one hour.

The attempt easily surpassed the previous record of 16.3 metric tons set in 2013 by the German Aerospace Center (DLR). In that case, a structural adhesive was not used. Instead, the DLR chose a "hotmelt" technique, where they melted high-performance VICTREX PEEK polymer and let it cool between the steel cylinders that held the plastic material.

Before that, 3M set the record in 2012 by suspending a 10 metric-ton truck from a crane for one hour using a commercially available two-part structural adhesive called Scotch-Weld DP 760.

Loctite also held the record at one time (2009) after lifting a car weighing more than 5 tons using just nine drops of a Cyanoacrylate adhesive. 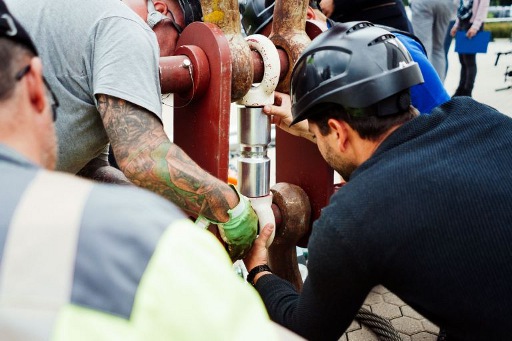 But does the new winning super sticky stuff have a name?

The strongest adhesive in the world, specially developed for this record attempt, is high-temperature-resistant DELO MONOPOX VE403728. The adhesive is a modified version of the high-temperature-resistant DELO MONOPOX HT2860. The one-component, heat-curing epoxy resins in this product group are known for their high strength and are used in the automotive industry and mechanical engineering. Electric motors in electric cars, for example, would be inconceivable without these adhesives, according to the company.

This epoxy resin forms a very dense network during heat curing. A special filler was used, among other things, to modify the resin properties in order to achieve the extreme strength required for the world record.

In addition to the nearly 600 DELO employees on hand, two local politicians accompanied the record attempt as witnesses and were impressed with the success of the company. An official adjudicator from Guinness World Records was also present to confirm the record and congratulate the company.

The record by the numbers:

"We made it!" said Sabine Herold, managing partner of DELO, proudly. "The great result is an absolute team success, which also shows how we work every day. We don't shy away from challenges, and we know our adhesives can live up to extremes."