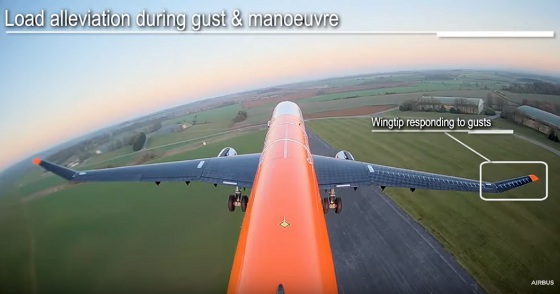 Airbus engineers have developed a scale-model airplane with the first in-flight, flapping wing tips that could revolutionize aircraft wing design.

The aerospace giant has drawn on nature to develop its "semi-aeroelastic hinge" concept to reduce drag and overall wing weight, while combating the effects of turbulence and wind gusts.

Known as AlbatrossOne, the remote-controlled aircraft has already taken its first flights to prove the concept, and the team will now conduct further testing before the demonstrator, based on the manufacturer's A321 plane, is scaled up further. 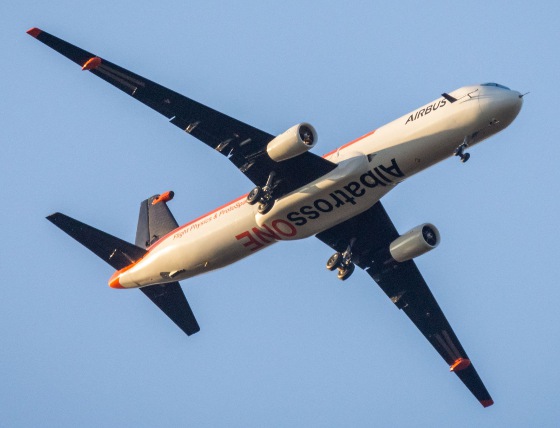 "While hinged wing tips are not new -- military jets employ them to allow greater storage capacity on aircraft carriers -- the Airbus demonstrator is the first aircraft to trial in-flight, freely flapping wing tips to relieve the effects of wind gusts and turbulence," said Airbus engineer Tom Wilson, based in Filton, north Bristol, UK.

"We drew inspiration from nature. The albatross marine bird locks its wings at the shoulder for long-distance soaring but unlocks them when wind gusts occur or maneuvering is required," he said.

"The AlbatrossOne model will explore the benefits of unlockable, freely flapping wing tips, accounting for up to a third of the length of the wing, to react autonomously during in-flight turbulence and lessen the load on the wing at its base, so reducing the need for heavily reinforced wing boxes." 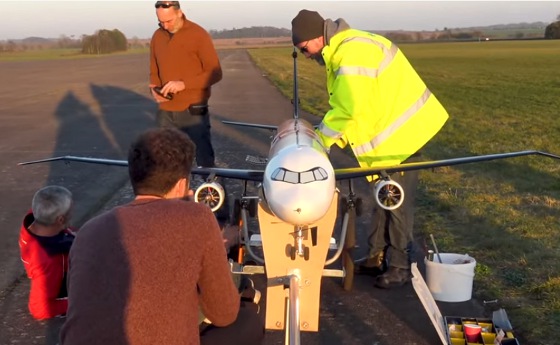 "When there is a wind gust or turbulence, the wing of a conventional aircraft transmits huge loads to the fuselage, so the base of the wing must be heavily strengthened, adding weight to the aircraft," Dumont said. "Allowing the wing tips to react and flex to gusts reduces the loads and allows us to make lighter and longer wings. The longer the wing, the less drag it creates up to an optimum, so there are potentially more fuel efficiencies to exploit."

The first test flights of the AlbatrossOne demonstrator, developed by Airbus engineers in Filton, were concluded this past February after a 20-month development program. Dumont said AlbatrossOne was the "first Filton aircraft since Concorde."

AlbatrossOne has been constructed from carbon fiber- and glass fiber-reinforced polymers, as well as components from additive manufacturing (3D printing). 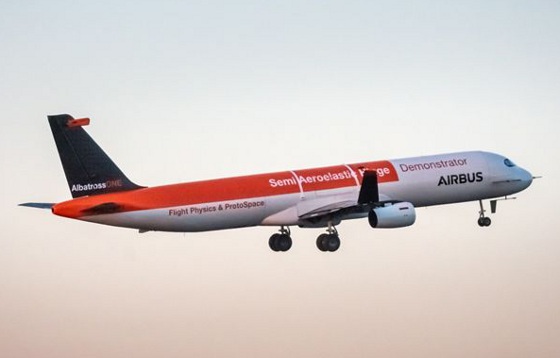 "The next step is to conduct further tests to combine the two modes, allowing the wing tips to unlock during flight and to examine the transition," he said.

The team presented their research at the International Forum on Aeroelasticity and Structural Dynamics conference in the United States in June.