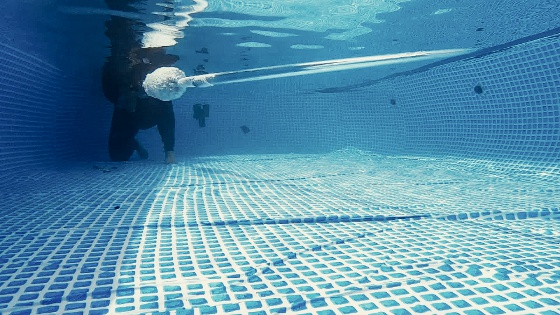 Like something right out of a James Bond movie, a Norwegian company called DSG Technology (DSG) has invented a special bullet that can work under water. The technology uses supercavitation, where the design of the projectile creates a bubble around the bullet as it travels through water, reducing drag and enabling high speeds.

DSG classifies their tungsten Cav-X projectile as Multi Environment Ammunition (MEA), meaning it is effective against submerged targets and targets in the air. It is suitable for use in partial or fully submerged weapons, whether the target is in water or on the surface. 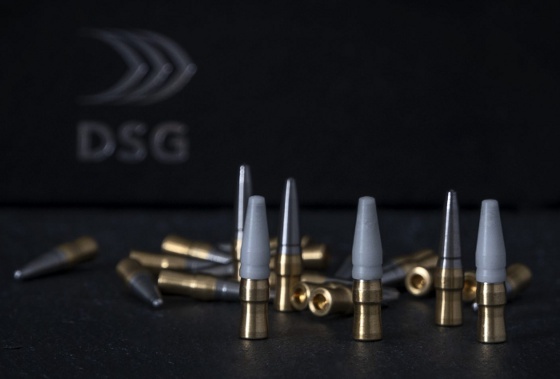 This bullet has two flavors: A2 is the most powerful when engaging targets in air or water but can only be shot from the air, while the X2 is designed for combat swimmers and special forces operating submerged. Overall, the company says the Cav-X "o?ers great armor-piercing capability against Multi-Layer Structures. This shape is also very effective against targets with fiber structure or mud, even when covered by sand."

The U.S. military is one party that is interested in the technology.

According to a recent article in the UK's Daily Mail newspaper, the DSG bullet "can travel 200 feet under water and pierce through two centimeters of steel, fired from 55 feet away through water." The article also states, "The particular bullets being tested by the US military -- DSG's .50 caliber CAV-X bullets -- are suitable for use in partial or fully submerged weapons."

The bullet's special shape, high mass, and a small hole at the tip are three design factors that help create the supercavitation effect, where the bullet moves through a protective bubble in water. The technology works best with slower twists and longer barrels. You can view the company's recommended weapon configurations here.

This is very impressive, considering a traditional bullet travels less than 10 ft through water -- and that is when shot from above the surface. It may travel only a few inches if shot under water. 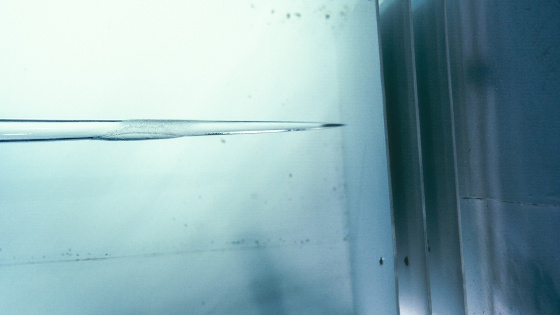 Image of the projectile about to penetrate three steel plates after 5-m travel in water.

But what is cavitation? A recent Army Recognition article explains, "In water, cavitation occurs when water pressure is lowered below the water's vapor pressure, forming bubbles of vapor. A supercavitating object is a high-speed submerged object that is designed to initiate a cavitation bubble at the nose which (either naturally or augmented with internally generated gas) extends past the aft end of the object, substantially reducing the skin friction drag that would be present if the sides of the object were in contact with the liquid in which the object is submerged."

Unlike some competing underwater ammo designs, the DSG technology does not require the bullet to have stabilizing fins.

DSG's founder and CEO, Jon Andre Garberg, said in an interview with Defence & Security, "The most obvious feature is that DSG's range of Cav-X ammo projectiles work in air and in water, and can be fired from air to water, from water to air or under water using standard weapons. But it also offers an unmatched Xtreme Material Penetration (XMP) feature. Combine XMP with Cav-X, and you have the world's most unique and powerful ammunition."

Online site Defense One says DSG provided bullets to U.S. Special Operations Command (SOCOM) for experimentation. It also says the company recently set up its own demonstration near Fayetteville, NC, to show how the ammunition can pierce though blocks of ballistic gelatin, a stand-in for human flesh in science experiments.

"Using a Colt AR-15, a company employee fired a CAV-X bullet through 13 blocks of ballistic gelatin, each 1.3 feet long -- the kind the FBI uses in testing," the Defense One article states. "The cubes, a bit denser than water, stand in for human flesh. A normal bullet will penetrate just a couple of cubes." You can see the video here. (Note: the video below is from an earlier test with what looks like about 10 cubes.)

DSG also makes a projectile called the XMP (Xtreme Material Penetration) that has extreme penetrating capabilities, and one called the SUB-P (Subsonic Penetrator). Overall, the company offers ammunition in sizes from 5.56 mm to 155 mm. The company is also working on projectiles that offer similar performance using lower-cost materials than its tungsten offerings, which should make the technology more practical and widely adoptable in the future.