Most expensive new Bentley ever doesn't have a roof 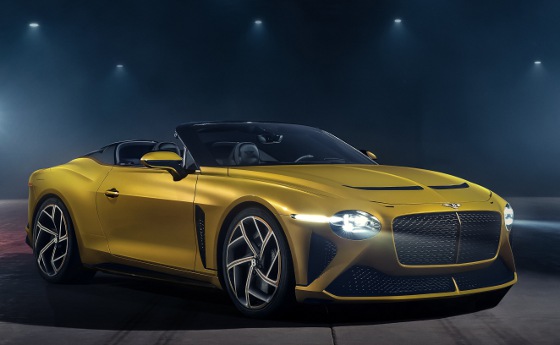 Two million dollars will get you the most expensive new Bentley ever, but don't expect a roof to come with it -- the racy Bacalar doesn't have one. It's a 650-hp sexy two-seater meticulously handcrafted for sun and fun, and only 12 will be made.

Like buying $300 blue jeans with holes in them, the Bacalar is not for everyone, but if you like that sort of thing stylistically and you've got the extra cash, here's an overview of what you'll get.

First, it is very exclusive. It shares no body panel with any other car in the current Bentley model lineup, and it only shares one exterior component (the door handle from the Continental GT, simply because it contains the keyless entry system). Its designers took inspiration from the EXP 100 GT concept car conceived to mark the company's 100th anniversary last year and ran with it, thinking something like, "Why isn't Bentley, bigger, badder, and even a little outrageous?" 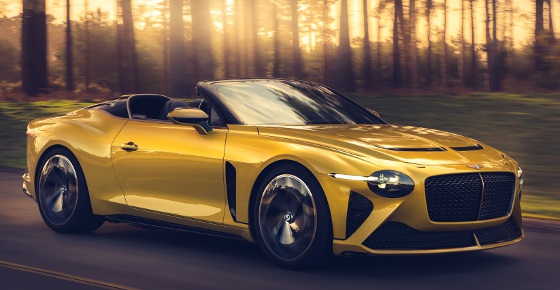 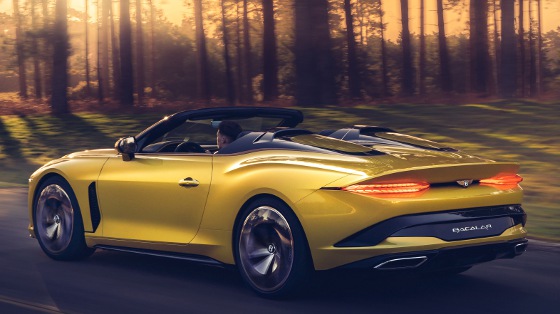 "You can clearly see echoes of the EXP 100 GT in the Bacalar, as well as the influence of the past," said Stefan Sielaff, Bentley's director of design. "Bentley has a rich history of open-cockpit cars -- the design of the Birkin Blower Bentley of the late 1920s was also an inspiration. We needed to push the boundaries as far as possible. Customers were asking what Bentley's take on a more expressive-looking car at this price point would look like." There was also a call for more sustainable materials. 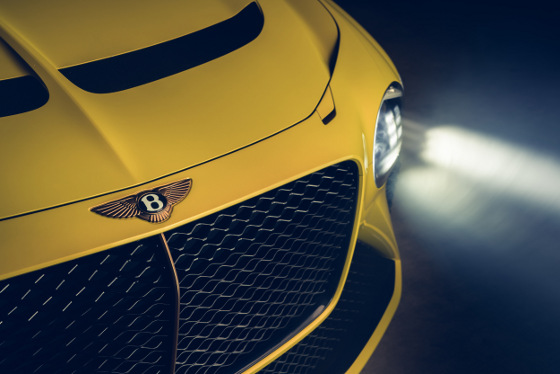 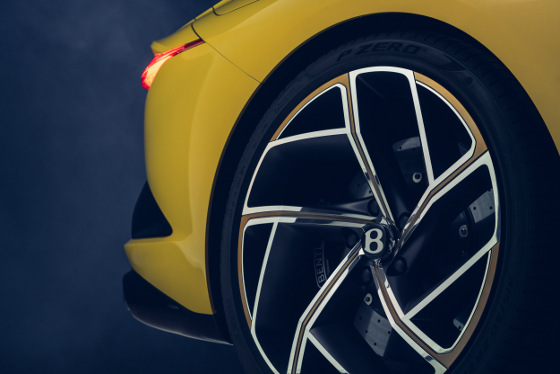 The rear clamshell and top deck of the Bacalar are crafted from lightweight aluminum, while the doors and wings are carbon fiber. 3D printing has also allowed the designers to create an even more distinctive car.

The Bacalar sits on extended haunches, with the rear track 20 mm wider than a Continental GT, to provide a more muscular, sporting stance. They house bespoke, 22-in. tri-finish wheels with dramatic depth and contour on the road. The unique front and rear horizontal lights add a distinctive and dynamic character. This design was first seen on the EXP 100 GT. 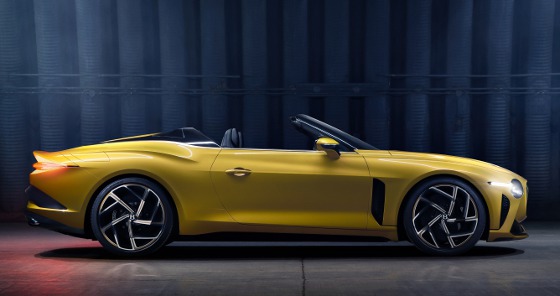 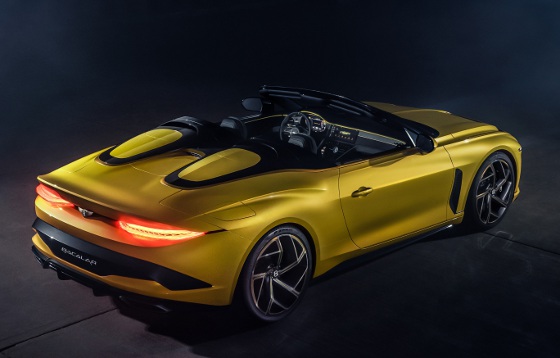 Instead of a traditional badge, Bentley designers went the extra mile to find a special way to identify the car. Uniquely, the Bacalar name appears on the rear panel, behind the lacquer of sustainable rice husk paint.

The exterior look of each model will be completed in collaboration with individual customers, who are able to further personalize their car, choosing from rare paint options, exterior treatments, and design themes. 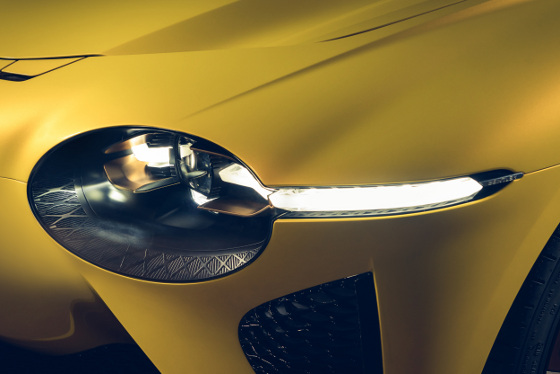 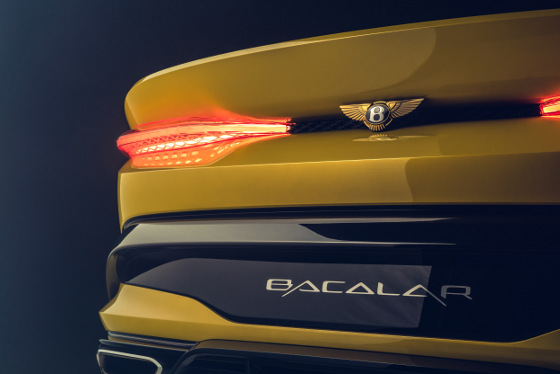 The Bacalar features an enhanced version of Bentley's 6.0-liter twin-turbocharged W12 TSI engine, which the company calls "the most advanced 12-cylinder engine in the world." It produces 650 hp and 667 lb-ft of torque. An advanced Active All-Wheel-Drive System varies the torque split between the front and rear wheels. It allows the Bacalar to use rear-wheel drive as much as possible during normal driving for optimum efficiency and dynamic performance. 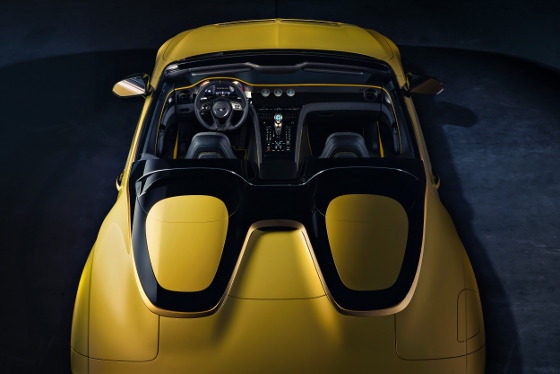 Inside the luxurious cabin, the wraparound cockpit design flows from a steeply angled center console into the dashboard before sweeping into the door panels, which wrap toward a uniquely styled, semi-enclosed luggage compartment behind the seats. Matching Italian luggage is available too. 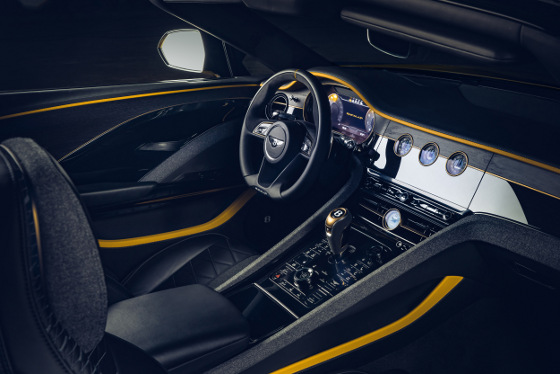 A focal point of the cabin is the wraparound dashboard cut from rare Riverwood, a sustainable wood from naturally fallen trees that has been preserved for 5,000 years in peat bogs, lakes, and rivers found in the Fenlands of East Anglia, England. This exquisite wood was chosen for its striking black aesthetic, the result of lying untouched in wet earth for thousands of years.

At the heart of the center console is the famous Bentley Rotating Display. This digital MMI display has been elegantly designed by Bentley with a customer-configurable home screen. The system involves 40 moving parts and revolves the Riverwood veneer when the engine is started to reveal the high-resolution touchscreen.

Three configurable windows are able to display the driver's preferred functions, such as telephone, media, and navigation. The interface is designed to operate like a modern smartphone, with menus that are structured and simple to follow. The third side of the Bentley Rotating Display presents three elegant analog dials that display outside temperature, a compass, and a chronometer. 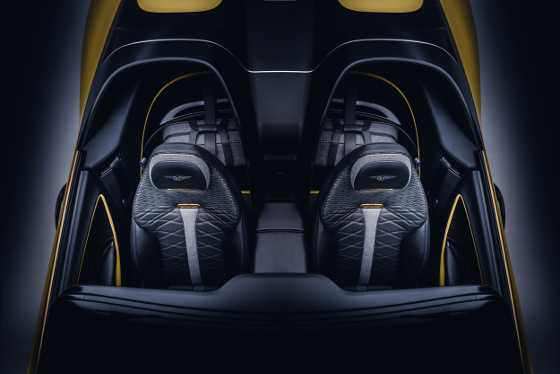 The interior can be finished in any number of ways, with each car co-created and commissioned in conjunction with the Bentley Mulliner team. Every car will be individually specified and finished using any of the many Bentley colors and materials available.

On the reveal car, the finest Beluga leather is carefully sewn together with Bentley's heritage semi-gloss leather and natural wool to create a dark tone-on-tone look. The use of Bentley Mulliner's Khamun accent leather highlights the wraparound cabin theme and matches the new and unique Yellow Flame exterior paintwork perfectly.

Bentley Mulliner has also collaborated with a traditional British textile mill to produce bespoke natural wool cloth akin to a fine tailor's suit. This traditionally produced textile is used in the seat inserts, seat backs, and the side of the head restraints. Following the interior styling lines, it also flows from the side of the center console and lower instrument panel into the doors. Thanks to a partnership with another local supplier, based in the nearby Peak District, the Bacalar also offers customers the rare opportunity to create individual artisan piping, chosen to enhance the dynamic styling lines of the seat architecture. 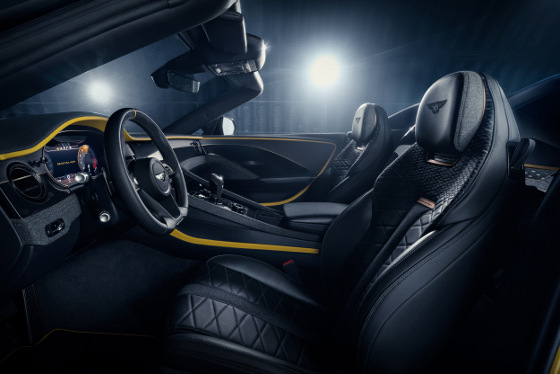 Even the paintwork on the Bacalar has been specially chosen for its sustainable characteristics. The pigment is synthetically manufactured silicon dioxide platelet coated with iron oxide. This synthetic process uses rice husk ash (a by-product from the rice industry) to create 90 percent pure silicon dioxide, thereby reducing rice husk landfill waste.

Each Bacalar will be handcrafted in Mulliner's dedicated workshop at the Bentley factory in Crewe, England, which is also the world's first certified carbon-neutral factory for luxury car production.

Do they test drive the Bacalar there too? Well, not on rainy days.