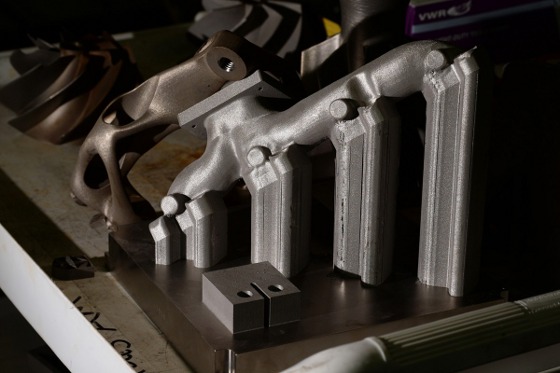 Army vehicles, like infantry carriers and tanks, have numerous functions that need to be maintained, and a damaged part may leave a vehicle rooted for months waiting for a replacement part.

For McWilliams, the Army's 3D-printing strategy is twofold: sustainment (or how to supply Soldiers parts for legacy systems), and the ability to print parts for future systems.

Regarding the Army's future systems, long-range precision fires is at the forefront, he said, as ARL is developing new materials and technologies that work well with those priorities.

Additive manufacturing cuts back the weight of certain parts, he said, and can beef up the range, blast size, and guidance technology of future munitions. ARL researchers are currently turning out parts to new Long Range Precision Fires rocket, missile, and artillery rounds that fire at longer distances.

These new, lighter-weight printed parts, based on computer designs, can open the door for industry developers to rearrange the explosive components of a missile and increase overall lethality, McWilliams said. 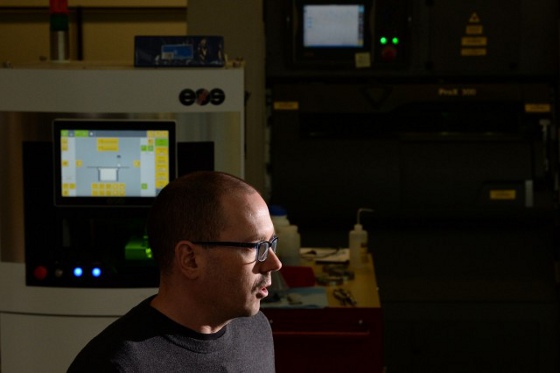 In the short term, ARL's technology is also working to revolutionize how battlefield logistics works, he said, by rapidly getting parts to the warfighter to decrease lengthy wait times.

These additive manufacturing advancements have fundamentally changed the scope of what the Army can design and build.

A key element to ARL's enhanced 3D-printing capabilities is a specialized steel alloy powder called AF-96, he said. The alloy was originally developed by the U.S. Air Force for bunker-busting bomb applications.

When printing metal 3D parts, a method called powder bed fusion is used. During this process, the printer's laser carefully melts the powder into a pattern. Then the printer overlays the powder onto the build plate and repeats the process until the part is complete.

Last spring, a model system was initially developed so scientists could understand how the metals work, he said. This has helped develop the microstructure so they can create more alloys that will work better and have a lower cost.

VIDEO: Brandon Williams, at the Army Research Lab, is using metal powder to make durable parts through 3D printing. He is researching new designs for next-generation combat vehicle parts and for long-range precision fires munitions. He also hopes to get the technology in the hands of Soldiers so that they can 3D print vehicle parts at deployment locations.

AF-96 is an economical, high-strength steel material intended for military-unique applications. It will enable ARL to help get Army vehicles up and running with parts on demand, McWilliams said.

"In a desert environment, sand can wear down a vehicle and leave it sitting idle, and in some cases, it will take more than a year to get a spare part," he said. "From a sustainment point of view, getting parts to Soldiers directly impacts readiness."

For example, the M1 Abrams tank runs on a gas turbine engine, and once sand gets sucked in and grinds down the blades, it can leave the tank unable to run. The ARL team successfully printed a replacement propeller fan for the battle tank.

Moving forward, the lab will continue working with industry and academic partners to develop new alloy designs as well as other ways to get parts to Soldiers faster, he said.