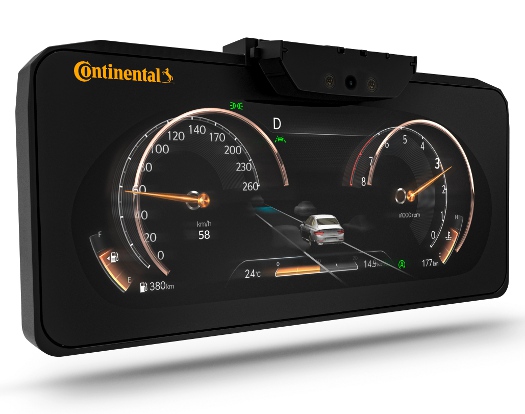 On the screen, the technology displays three-dimensional scales, pointers, and objects -- for example, displaying a stop sign warning in the driver's line of sight.

No special glasses are required to see the 3D warning. Instead, Continental uses parallax barriers, which are slanted slats that divide the image for the viewer. Two different, slightly offset views reach the right and left eye, resulting in the 3D image. 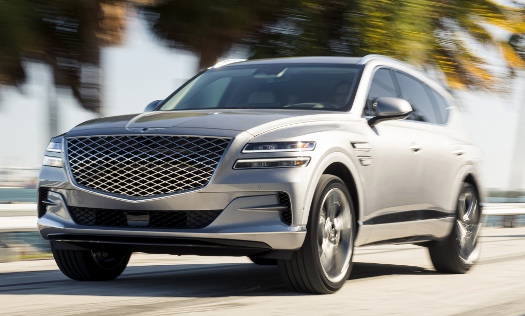 Genesis Motor America has already received more than 11,000 reservations for its first-ever SUV, the all-new 2021 GV80, coming to the United States later this summer.

Continental's interior camera, which detects the driver's line of sight and adjusts the 3D views to a precise head position, plays an essential role in the system. To prevent drivers from focusing their attention on the 3D screen for too long, the camera also employs an attention-detection feature to identify potential moments of driver distraction or fatigue.

"With our volume-production display featuring autostereoscopic 3D technology, we are raising human-machine interaction to a whole new level and laying the foundations for intuitive communication in the connected cockpit of tomorrow," said Dr. Frank Rabe, head of the Human Machine Interface business unit at Continental. "To ensure that this gain in safety and comfort does not come at the expense of a lean electronics architecture, we integrated various displays in the center console or dashboard into our Cross Domain Hub."

To ensure that the front passenger and occupants in the rear seats can enjoy their own 3D experience, Continental is also developing a new type of 3D display based on the natural 3D Lightfield Technology from Silicon Valley-based Leia Inc.

This technology does not need cameras that detect head movement, and it also does not require 3D glasses. Instead of the parallax barriers used in the GV80 dash, this system relies on Diffractive Lightfield Backlighting (DLB) technology developed by Leia. It uses an optical waveguide with diffraction grating and nanostructures beneath the display panel to create a natural 3D effect by bending the light.

The intent is "to open up a new world of digital services to all the passengers in a connected car, from video conferences and online shopping to augmented reality games and 3D movies."

Continental plans for production of the 3D passenger systems by 2022.