Founded in 1920, Mazda is celebrating its 100th anniversary this year. As part of the big celebrations, we take a look back at two of the things the company is well known for: its success with the rotary (Wankel) engine, first introduced in the company's vehicles in 1967, and their sometimes-out-there prototype cars, which range from fancy track racers to everyday commuters.

A rotary engine is smaller and lighter than a conventional piston engine, with a superior power-to-weight ratio. Because it has no reciprocating parts -- just a three-sided rotor spinning in a housing -- it is quieter and smoother as well. The rotary also offers outstanding performance for a given displacement.

From the launch of the 1967 Mazda Cosmo to the end of RX-8 production in 2012, Mazda has produced almost 2 million rotary production cars. Coupes, sedans, and sports cars were all powered by different generations of smooth and high-revving Mazda rotaries. The unique Mazda rotary engine even made its way into a pick-up truck and a bus. 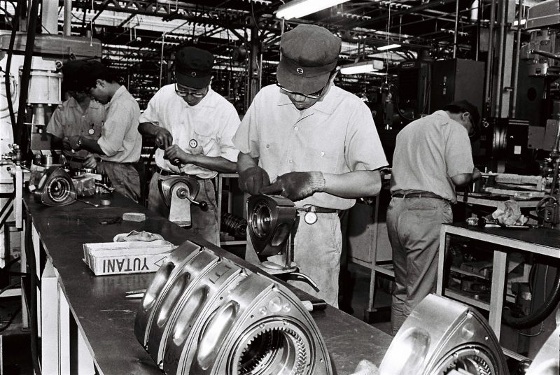 It was the rotary engine's success in competition that made it and the Mazda brand famous and helped to sell those production models.

From Mazda's very first efforts in international motorsport with the Cosmo in 1968, the rotary engine's small size, light weight, power, and fast-revving nature made it perfect for competition. In the early 1970s, the Mazda RX-3 was raced in championships around the globe, while the first-generation RX-7 took the racing status to a new level -- winning championships on four continents. Then in 1991, the Mazda 787B of Johnny Herbert, Volker Weidler, and Bertrand Gachot won the 24 Hours of Le Mans, making Mazda the first Japanese brand to do so. 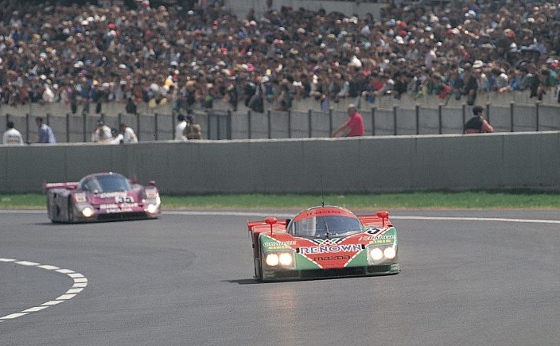 It wasn't just four decades of production cars and motorsport success that made the rotary famous, though. Mazda's hallmark engine also appeared in a host of concept cars. So as part of the company's centennial celebrations, we thought it would be fun to take a look at some of the most radical and advanced rotary-powered and rotary-inspired Mazda concept cars, starting with the prototype rotary sports car driven to the 1963 Tokyo Motor Show by the father of Mazda's rotary engine, Kenichi Yamamoto. 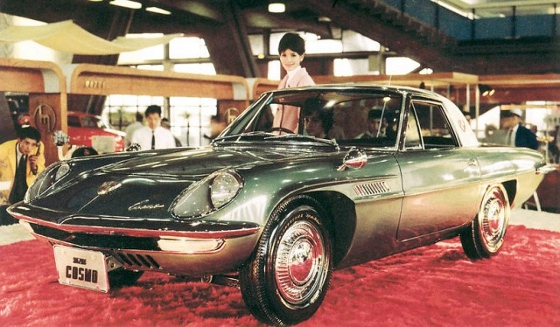 Strictly a test prototype rather than a pure concept car, this design led to the production of 60 Cosmo test mules in 1965, followed by the first production Cosmo sports cars in 1967. Subtly different from later production Cosmos, the 1963 802 prototypes were the first chapter in Mazda's rotary success story.

Similarly, the Bertone-designed Mazda RX-87 concept of 1967 was very similar to the 1969 R130 Luce Coupe production car it inspired (so Italian!), and likewise the 1967 RX-85 concept became the 1968 Mazda R100 coupe. The Luce Coupe was the only front-wheel-drive rotary to ever hit the market. 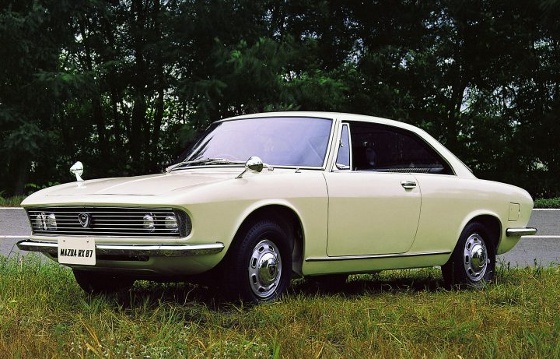 Revealed at the 1970 Tokyo Motor Show, the next rotary concept car was unlike anything seen before -- a purely futuristic design that was a showcase for safety technology and looked like a car from a different planet. It was completely different than the Cosmo, Luce, and R100 rotary production cars on sale at the time. The Mazda RX-500 was a wedge-shaped mid-engine, rear-wheel-drive sports car with forward-opening butterfly swing doors. Promoted as a road safety test bed, it had multicolored rear strip lights that indicated whether the car was speeding up (green), cruising (amber), or slowing down (red) by changing color. 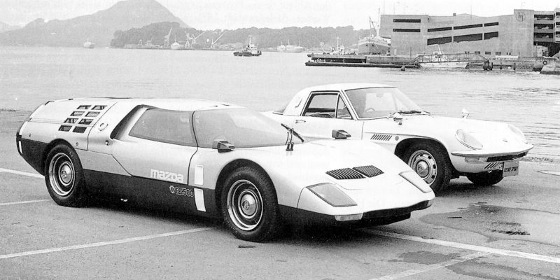 Mazda RX-500 concept with a Mazda Cosmo in Hiroshima.

The 247-hp 10A Wankel series engine of the RX-500 was accessed by gullwing-opening engine covers. Painted orange with no headlights for its show debut, it was later repainted silver. Today, the RX-500 concept still draws attention at the Hiroshima City Transport Museum, while it also starred on the Cartier Style De Luxe lawn at the 2014 Goodwood Festival of Speed. 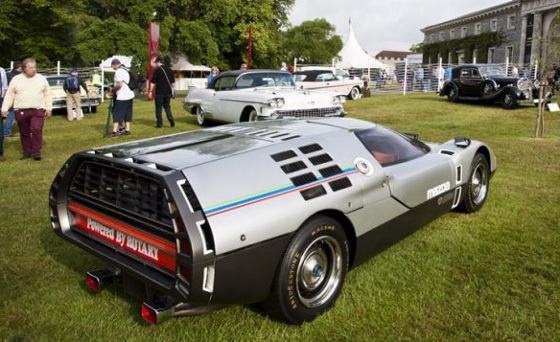 Even more radical than the RX-500, the 1983 Mazda Le Mans Prototype was created by designer Luigi Colani, who was famous for his radical "biodynamic" forms. While this car never went beyond conceptual stage, the 1983 Le Mans Prototype featured an extreme, integrated wing. The aim was to power the car with a 900+-hp four-rotor engine capable of 235 mph.

The one-off theme continued with the 1985 Mazda MX-03, which, unlike the Colani Le Mans Prototype, was a fully working concept. Powered by a triple-rotor 310-hp engine, this low-slung coupe still tried to capture some futuristic exuberance, with a cabin that featured an aircraft-style yoke rather than a wheel plus digital displays and a head-up display. It also featured four-wheel steering and all-wheel drive, while the long, low body delivered an aerodynamic Cd figure of just 0.25. 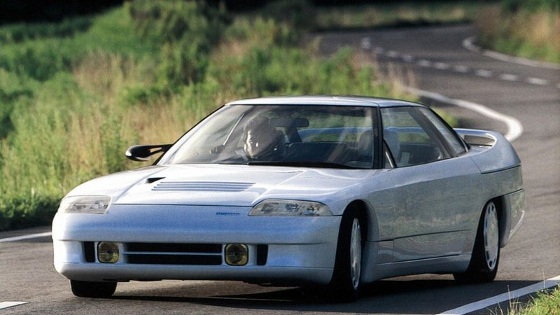 Completely different from the MX-03, the MX-04 concept was a front-engine rear-wheel-drive sports car chassis that had two sets of removable fiberglass panels, allowing the car to switch from a glass dome-roofed coupe to a beach buggy-style open-sided roadster. 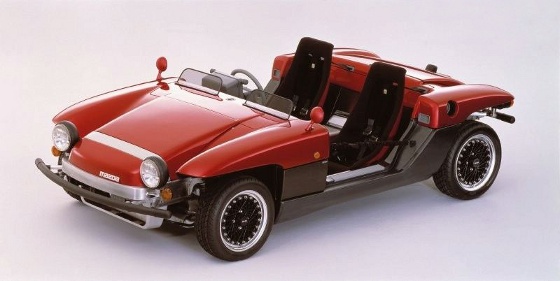 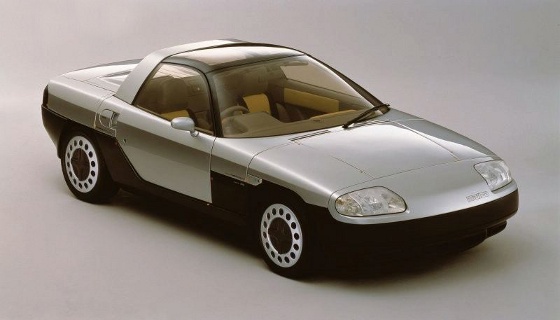 This car was shown at the 1987 Tokyo Motor Show, but it was never a serious contender for production. At his time, though, Mazda was already developing the MX-5, and just two years later the most famous non-rotary Mazda sports car arrived.

By the 1990s, Mazda's rotary engine had scored its biggest achievement with the victory in the 24 Hours of Le Mans. But something else was on the horizon. At the 1995 Tokyo Motor Show, the Mazda RX-01 was unveiled as the next generation of rotary road cars. The working concept featured what would go on to be the Renesis engine that powered the last production rotary to date -- the RX-8. With a 2+2 seat layout, some of the RX-01's styling cues also hinted to the RX-8, which was revealed in 2003. 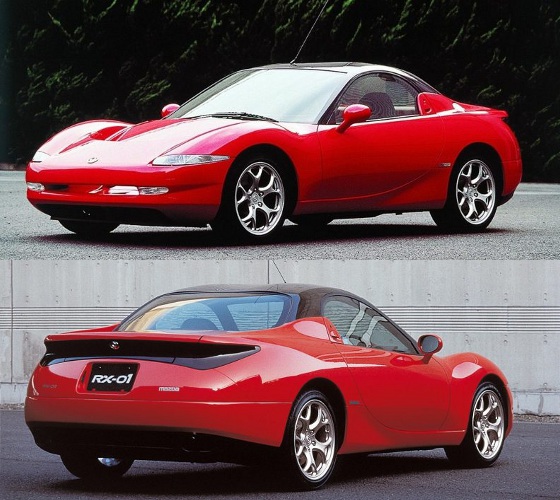 Highlighting the flexibility of Mazda's rotary engine tech, Mazda produced the dual-fuel hydrogen/gas-powered rotary prototype testbed Mazda RX-8s and Mazda5s between 2005 and 2007, which were leased to companies in Japan and Norway. 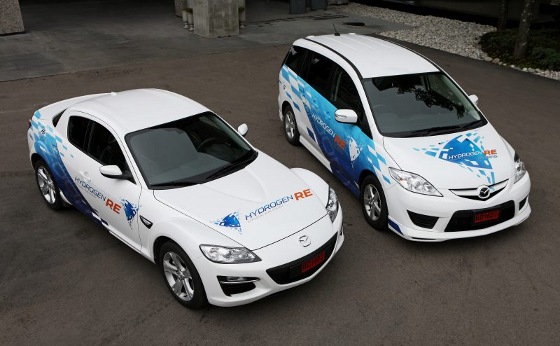 Highlighting the suitability of rotary engines for use with hydrogen, the RX-8 RE Hydrogen was the fifth Mazda rotary to be powered by hydrogen after earlier HR-X, HR-X2, MX-5, and 626 rotary-powered concepts and prototypes. 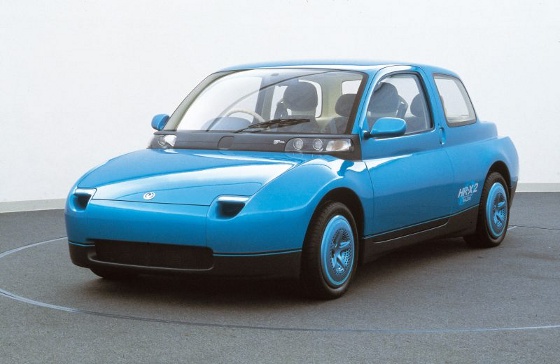 Further highlighting Mazda's environmental development, the 2007 Mazda5 RE Hydrogen was a plug-in hybrid, while the 2013 Mazda2 EV prototype featured a tiny 330-cc 30-hp single-rotor range-extender engine. Today, Mazda is working on the development of a rotary range-extender version for the forthcoming Mazda MX-30.

On the racing side, the company was still very much focused on the performance elements of the rotary engine as the year 2000 rolled by. At the 2008 Detroit Motor Show, Mazda debuted the super-cool Mazda Furai, which was built on the chassis of a Courage C65 LMP2 race car. Its 456-hp, triple-rotor engine was powered by ethanol fuel. A fully working race car-based concept, it was developed by Mazda North America and was tested at several U.S. and European tracks. With a name that means "sound of wind," this racy concept was the fifth and last of the "Nagare" line of concept cars from Mazda. 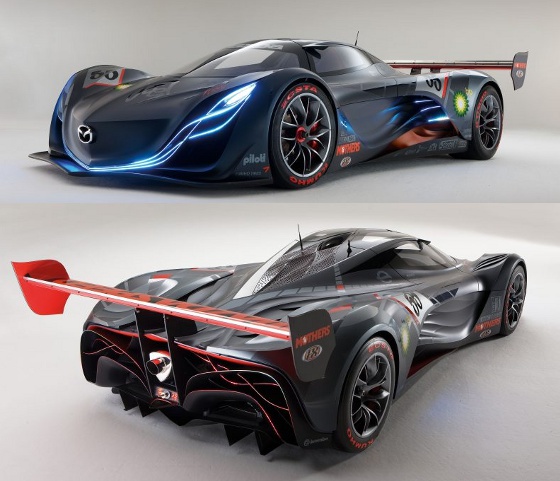 The fourth car in the Nagare line also featured a rotary. Unveiled in 2007, the dramatic Mazda Taiki concept was an aerodynamically optimized coupe with a tapered, teardrop body that scooped inside the covered rear wheels. Inspired by flowing robes, its sleek body had a drag coefficient of just 0.25, and it was arguably the most radical looking of the Nagare concept cars. With butterfly doors and a darkened glasshouse, it was a pure concept fantasy but was conceived to be powered by the same Renesis engine as the RX-8.

All these years of design came together in 2015, when Mazda revealed at the Tokyo Motor Show what is arguably the most beautiful concept car conceived for a rotary engine: the RX-Vision. We've reviewed some of the weird and wild, and now it's time for the wonderful. This car was seen as a compilation of all that went before it -- the perfect front-engine, rear-wheel-drive sports car and the ultimate expression of Kodo design. 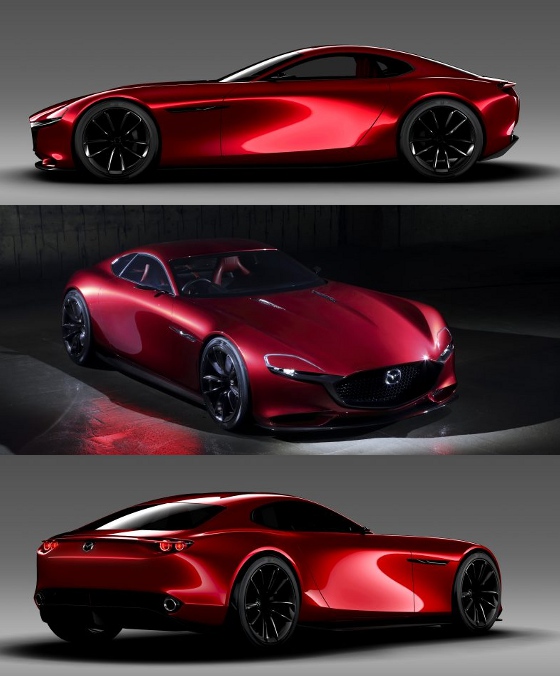 The RX-Vision's long-line proportions and delicate surfacing saw it named the "Most Beautiful Concept Car of the Year" at the 31st Festival Automobile International, while it also made an appearance at the exclusive Concorso d'Eleganza Villa d'Esta in 2016. Mazda's designers envisioned that this sports car would be powered by the next generation of rotary engine called Skyactiv-R.

Mazda's designers brought the RX-Vision to life in the virtual world with the creation of the RX-Vision GT3, which was added to the game Gran Turismo Sport on May 22, 2020. With its wider front and rear track width and expanded wheel arches, the lower and more purposeful GT3 version features the wings and rear diffuser you'd expect of a virtual racer. 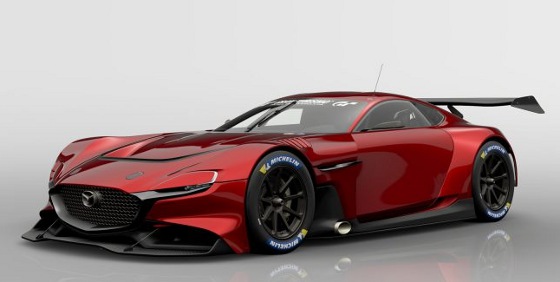 And you guessed it ... rotary fans in the digital world get to enjoy the next-generation, four-rotor 562-hp Skyactiv-R engine when they race the RX-Vision GT3 from Mazda.