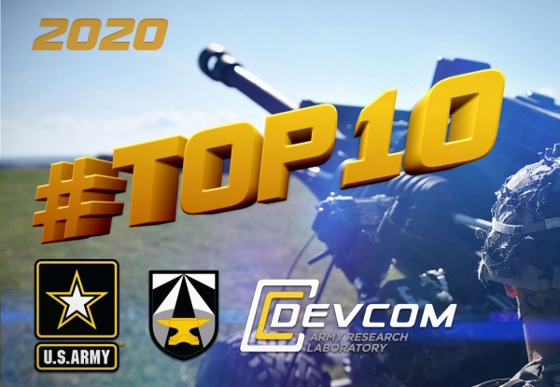 "The COVID-19 pandemic challenged us all," said the lab's chief scientist, Dr. Alexander Kott. "Despite that, our scientists and researchers made groundbreaking discoveries in 2020 that will strengthen and protect our future Soldiers."

The lab's leading scientists picked the coolest advances to showcase how Army scientists and researchers are supporting the Soldier of the future with a top 10 list from 2020. [NOTE: Video rundown at the end of this article, if you prefer that format.]

10: X-ray-like imaging system to see through barriers
How about Superman-like X-ray vision in the form of goggles for Soldiers? New Army-funded research is looking at how to make this a reality. 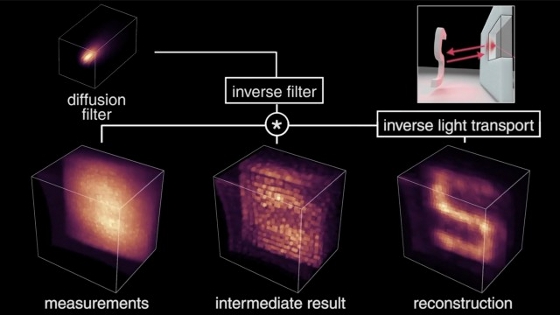 Researchers created an imaging system to see objects through environmental barriers, like sand. They shine an ultra-fast laser through a barrier and read back the reflected photons, assembling an image of what was behind the barrier in just fractions of a second.

Existing imaging capabilities are limited to relaying back objects in two dimensions, but this new research will show objects in three dimensions, giving Soldiers more accurate situational and threat awareness in degraded visual environments. This could help future pilots fly through sandstorms and robots navigate through fog.

"Previous efforts were at very small distances, and with very heavy and complex methodology," said Army researcher Dr. Hamid Krim. "This is more of a macro scale, and it could be used on large or small moving platforms."

9: Levitating, freezing atoms to further quantum networking
Using laser beams, Army researchers levitate atoms and freeze them to the coldest temperatures on Earth, nearly absolute zero. Patterns of quantum information are stored in the frozen atoms, creating quantum holograms that can be retrieved. From this, researchers developed a new way to solve a critical challenge in quantum entanglement. 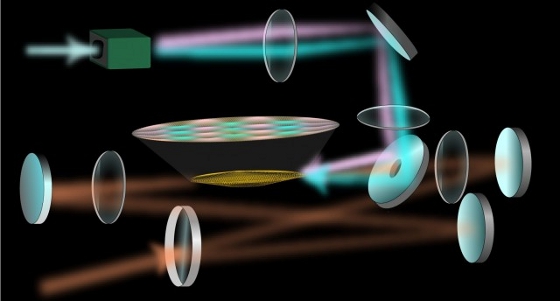 "Quantum networks are completely different than anything that currently exists," said Army researcher Kevin Cox. "The internet is the network right now, and it possesses certain capabilities. Quantum networks will have completely different capabilities and will access a piece of the universe that we have not been able to access before. It will lead to computing power that will be orders of magnitude more powerful than anything that currently exists." 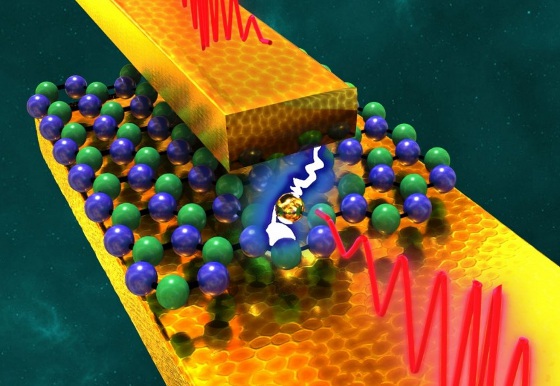 Building off a material the Army discovered 10 years ago, research partners developed an atomic switch that is capable of connecting to the best available frequencies. It is more than 100 times more energy efficient than what is used today and can transmit data at speeds up to 100 GB per sec -- speeding up how quickly users can do things like stream high-definition media and increasing average battery life substantially.

"This switches between frequencies, similar to tuning frequencies on a radio," said Army researcher Dr. Chakrapani Varanasi. "The increased bandwidth and frequency range are unmatched -- yet it consumes a fraction of the energy than what is currently used."

The one-atom-thick switch is a fraction of a nanometer and it's flexible, so it is easily integrated onto wearable systems as a laminate on Soldiers' uniforms with negligible extra weight. This could revolutionize the way the Army communicates, and could be integrated into satellite systems, smart radios, and across the Internet of Things.

7: Autonomous sensors configuring mesh radio network
Imagine autonomous, independent sensors that could create their own radio network in a remote location. Army scientists are working on technology that will provide Soldiers with situational awareness through a unique autonomous mesh networking solution. Dropped sensors on a battlefield autonomously form their own network to route communications back to a place of interest, whether it is a command post or a lone Soldier. 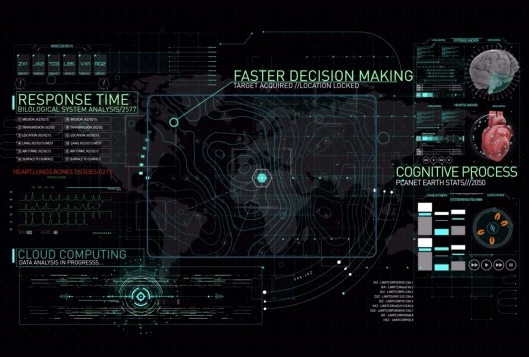 "Soldiers carry so much weight, and radio and batteries comprise a significant amount of that load," said Army researcher Ron Tobin. "A capability like this could be much more energy efficient, which could improve communications for longer durations but also lighten the load for Soldiers." 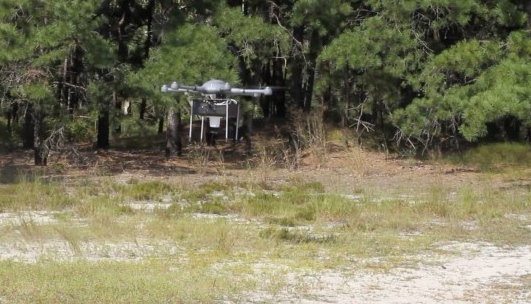 Sensors deployed on platforms such as drones or ground vehicles capture images and video. The model locates and identifies these objects, processing information on the spot -- even where computational processing is limited. Soldiers are then alerted to suspicious activities in the surrounding area.

"Our model can process five to six frames per second, which is comparable to the current state-of-the-art," said Army researcher Dr. Heesung Kwon. "But we use multiple classifiers that can detect objects better than existing models."

This capability enables rapid decision-making, reducing mission risk, and could be integrated into future Soldier eyewear.

5: Electrical nudge to help brain
Sometimes we could all use a little stimulation to kick-start our brains. Army and academic researchers found how a subtle electrical nudge helps the brain to reorganize its activity, rapidly adapt, and better make decisions. Inspired by dynamic network techniques, researchers used this nudge to bypass the normal human sensory and cognitive pathways. 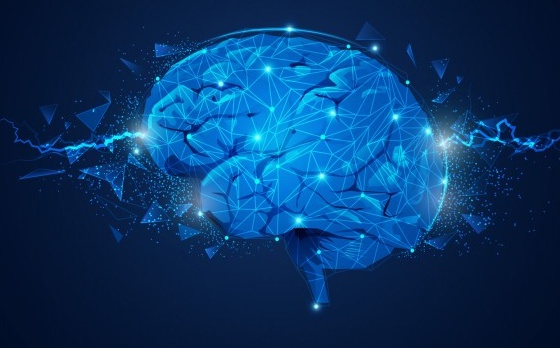 "This is changing the information flow through connections in the brain and can help us understand how the brain operates, especially in groups," said Army researcher Dr. Javier Garcia.

This research lays the groundwork for improved teaming with intelligent agents -- with possible future neuro-technologies that could prevent or predict behavioral mistakes or assess individual cognitive performance to keep our Soldiers sharp. 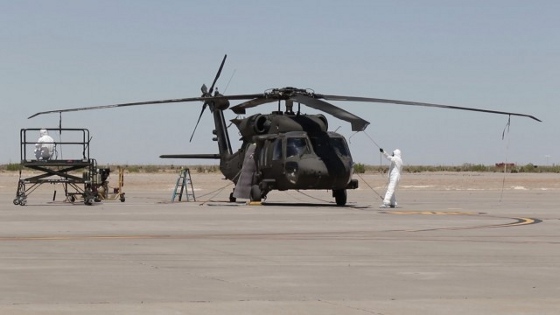 Army researchers studied 15 years of flight patterns -- more than 1.3 million flights from 4,000 UH-60 Black Hawk helicopters -- and identified more than 100 different types of maneuvers. They also identified which specific aircraft parts undergo the most wear and tear during these maneuvers and connected the data. The result is a robust AI model predicting with nearly 100% accuracy which critical parts will fail, how and when.

This significantly reduces costs to sustain the existing fleet -- and most importantly, also identifies catastrophic damage before failure, improving mission outcomes and protecting our pilots.

Army and academic researchers are developing autonomous swarming drones that can reason and make the best decisions without human interference. Equipped with cameras, these drones look around and see each other, and independently reason about each other's size, distance, and motion. The agents then communicate with each other. Through a form of machine learning, they imitate each other and decide how to reach the ideal collective goal.

"The agents have to learn how to process what they see, how to talk to each other, and how to move -- all through imitation," said Army Senior Research Scientist Dr. Brian Sadler.

This could lead to completely autonomous cohesion and decision-making to assist our Soldiers in the most critical situations.

2: 3D-printed munitions
3D printing revolutionized the convenience and speed at which everyday people create everyday objects. Army scientists are pioneers in the 3D-printing frontier with first-of-its-kind polymers for energetics and metals -- including the highest-strength steel ever made -- to develop the next generation of munitions. 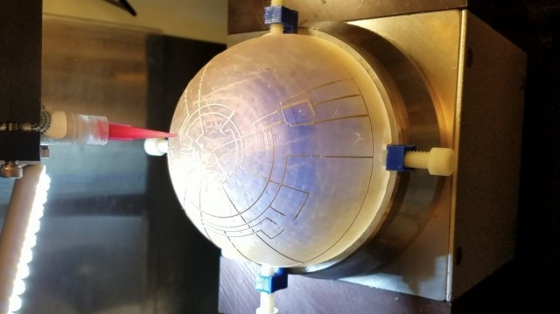 They were the first in the world to demonstrate 3D structural circuit manufacturing that will revolutionize munition fusing and sensing, while also saving weight and space.

"We are printing materials no one else has ever printed, and new geometric designs that open up the trade space for munitions," said Army researcher Dr. Jason Robinette.

But how durable are they? These 3D-printed munitions have high-G survivability -- withstanding the most extreme accelerations that even current munitions can't match. This will help soldiers in extreme environments and tomorrow's battlefield.

1: Intelligent, navigating munitions
Army researchers use the latest technologies to create the most intelligent munitions that navigate to and hit moving targets. With onboard sensors, actuators, and an imager, a munition runs an algorithm on the tip of the artillery piece as it flies to its target. 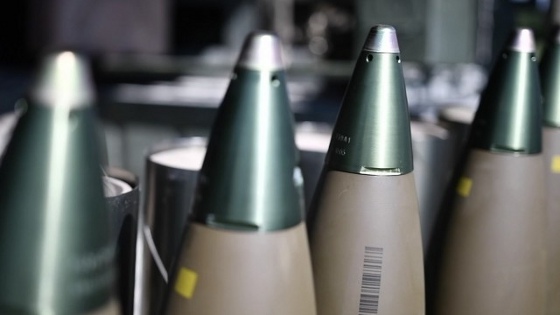 Current systems rely on GPS to navigate to a specified coordinate. This munition enables moving the flight path -- both in initial guidance and mid-flight -- improving the munition's range and speed to hit a moving target.

"This research will enable us to penetrate faster and have more maneuverability so that we can evade threat systems and reach the target," said Army researcher Dr. Frank Fresconi.

This will be a crucial element to ensure the Army's dominance on land, on sea, and in the air.