Toshiba Electronic Devices & Storage Corp. has developed two connector technologies that allow easy, solder-free assembly of small IoT nodes, which are regarded as essential for realization of the "Trillion-Node Engine," an open-source IoT platform that could connect billions of devices in the future.

Tests of the connector have resulted in positive evaluations. Toshiba will continue to develop them and will use them in a demonstration unit for Toshiba's motor control drivers.

The future of the Internet-of-Things (IoT) is expected to be driven not only by expert engineers developing IoT devices for industry, but also by non-engineers creating IoT devices to handle all kinds of tasks. Realizing this will require an IoT development platform that allows individuals to quickly and easily embody their ideas and to create IoT prototypes, which will support the development of small, lower power IoT sensor nodes that can be customized to handle various functions and applications. Toshiba and the University of Tokyo are currently evaluating the Trillion-Node Engine as an open IoT platform, and have found it to offer strengths in terms of ease of use.

One notable challenge to be overcome is further miniaturization of IoT nodes -- particularly their connectors. They are currently comparatively large and require precise soldering by a professional. If an IoT system connects printed circuit boards (PCBs) and motors, a wire harness is needed between the PCBs and motors. The common connection between the wire harness and PCBs today results in a terminal block that is 8 mm high, which is too large for an IoT platform.

In response, Toshiba has developed the Bare Wire Connection Mechanism (BWCM), which uses two connector technologies. The first is an original U-shaped structure of plastic holders to align wires on PCBs. The wires are fixed to the pads with a second technology of rubber cushions and plastic covers; current covers are made of metal. 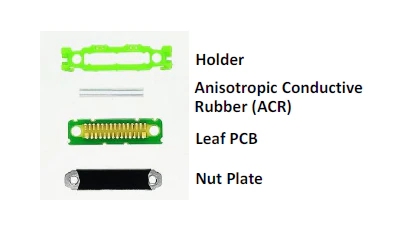 BWCM realizes a small wire connection without any soldering, with a height on the PCB of just 2 mm, smaller than conventional terminal blocks. Toshiba's investigation on the retention strength of the wires and PCB confirmed a tensile force of over 3N, which is stable enough for practical use. 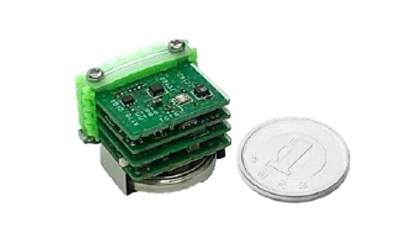 An example of an IoT module with the new connect technologies. 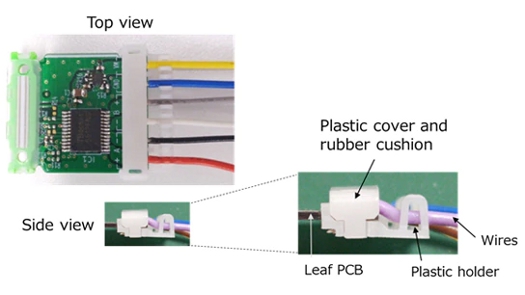 An example of a wire connecter between motor control PCBs and motors.

Details of the technologies were reported at 2021 IEEE 71st Electronic Components and Technology Conference (ECTC 2021), an international conference on microelectronic packaging, components, and systems technology held online. The presentation was called, "Novel Connector Mechanism Using Anisotropic Conductive Rubber for Trillion-Node Engine as an IoT Edge Platform." In its evaluation of the technologies, Toshiba used research results from a project subsidized by the New Energy and Industrial Technology Development Organization.