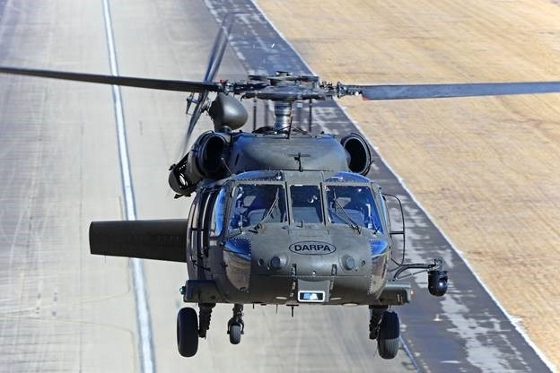 A U.S. military UH-60A Black Hawk helicopter has flown, for the first time ever, without anyone on board. The demonstration was undertaken by the DARPA (Defense Advanced Research Projects Agency) Aircrew Labor In-Cockpit Automation System (ALIAS) program and Sikorsky, a Lockheed Martin company.

The optionally piloted vehicle (OPV) completed 30 minutes of uninhabited flight over the U.S. Army installation at Fort Campbell, KY, on Feb. 5. The Black Hawk was retrofitted with Sikorsky's MATRIX autonomy technologies, which form the core of ALIAS and are aimed at changing the way aviators and air crews execute their missions by providing assistance when flying with limited visibility or without communications. The OPV switch in the helicopter is engaged to autopilot when moved to "zero" to indicate the number of pilots on board.

To demonstrate its ability to adapt to a variety of mission environments, the unmanned BLACK HAWK navigated at typical speed and altitude through a simulated cityscape, avoiding imagined buildings while route re-planning in real time. All the while, on-board sensor simulation provided real-time obstacle data.

"With reduced workloads, pilots can focus on mission management instead of the mechanics," said Stuart Young, program manager in DARPA's Tactical Technology Office. "This unique combination of autonomy software and hardware will make flying both smarter and safer."

ALIAS can execute an entire mission from takeoff to landing, including autonomously handling contingency events such as aircraft system failures. Easy-to-use interfaces facilitate supervisor-ALIAS interaction. Remote pilots can be on the ground or even flying in other aircraft using a tablet for the controls. 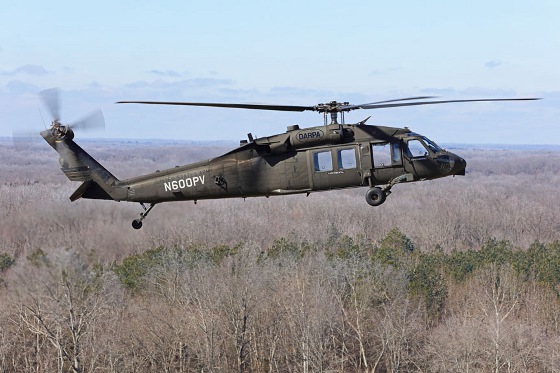 "With ALIAS, the Army will have much more operational flexibility," said Young. "This includes the ability to operate aircraft at all times of the day or night, with and without pilots, and in a variety of difficult conditions, such as contested, congested, and degraded visual environments."

The U.S. Army is currently exploring potential use cases for technologies such as ALIAS, including those outlined in the U.S. Army's Future Vertical Lift (FVL) program. According to Sikorsky, "The technology is not limited to a BLACK HAWK and is currently being incorporated into commercial and military fixed-wing aircraft." The ALIAS tech has now flown on a total of nine different military and commercial aircraft.

This spring, the ALIAS program plans to conduct the first flight of a fly-by-wire M-model Black Hawk at Fort Eustis, VA.