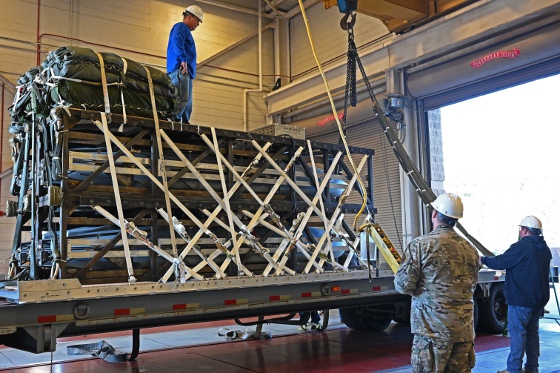 The program name is derived from a thousand-year-old Chinese military designed crossbow catapult that launched multiple crossbow bolts with the pull of a single trigger, raining destruction down on armies from tremendous ranges. These lethal devices were called Ji Long Che (Rapid Dragon Carts). Today, the Rapid Dragon concept is changing the game again, this time as an airborne delivery system for U.S. Air Force weapons. Like its namesake, these palletized munitions promise to unleash mighty salvos en masse on distant adversaries.

During the December test, an MC-130J flown by an Air Force Special Operations Command operational flight crew received new targeting data while in flight that was then routed to the onboard cruise missile flight test vehicle (FTV). The aircraft-agnostic Battle Management System's inflight receipt and upload of the new targeting data into the FTV was a first-time achievement with a live cruise missile. 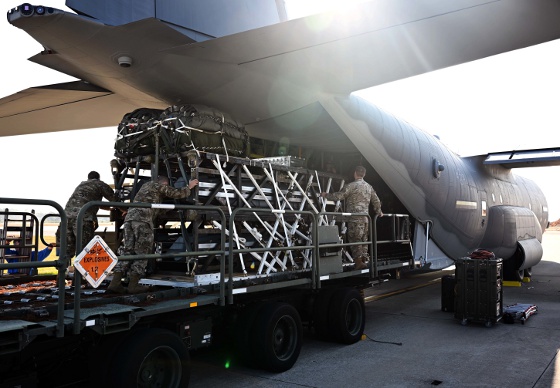 Once inside the drop zone over the Gulf of Mexico, the MC-130J aircrew airdropped a four-cell Rapid Dragon deployment system containing the FTV and three mass simulants, which were sequentially released from the palletized deployment box while under parachute. Safe separation from the deployment box and weapon deconfliction was demonstrated using an unconventional deployment method (nose-down vertical orientation). Immediately after the vertical release, the FTV deployed its wings and tail, achieved aerodynamic control, ignited its engine, performed a powered pull-up maneuver, and proceeded toward its newly assigned target. The cruise missile successfully destroyed its target upon impact. [See animation video.]

VIDEO: The U.S. Air Force's Rapid Dragon Program is taking palletized munitions to the next level.

The next step for the Rapid Dragon Program will be a live-fire test with a cruise missile from a C-17 in Spring 2022, demonstrating the aircraft-agnostic capabilities of the Palletized Weapon System. Of note, the new retargeting methodology developed by the Rapid Dragon team is designed to be transferrable to other strike and cargo platforms, potentially increasing the lethality of those aircraft. Lastly, a follow-on program will look at expanding the Rapid Dragon carriage portfolio to include additional weapon systems and multiple effects capabilities, as well as continuing the maturation of the system, taking it from a developmental prototype to an operational prototype over the next two years.