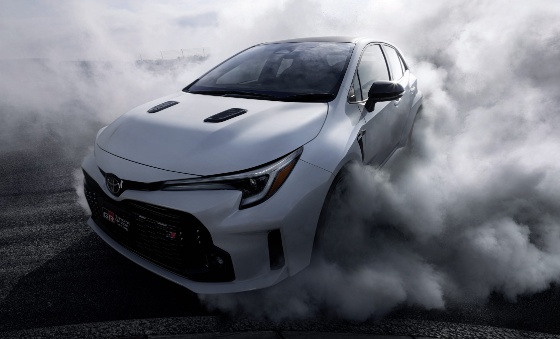 Forget those ubiquitous SUVs and those all-electric cars. Toyota has a hot new high-performance gasoline hatch aimed at the rally racer in you. With design input from the TOYOTA GAZOO Racing team, the first-ever GR Corolla is a compact package of fun on wheels that features a 300-hp turbo-charged three-cylinder engine and Toyota's first sports all-wheel-drive system in over 20 years. If you don't love it, there's probably a young driver in your life that will. 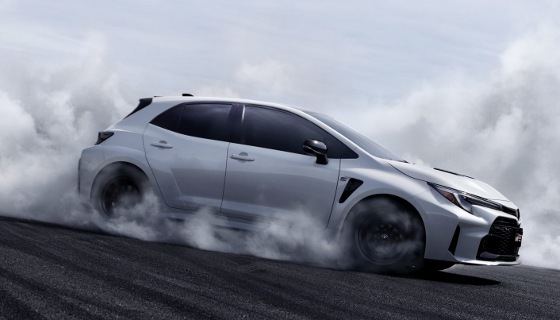 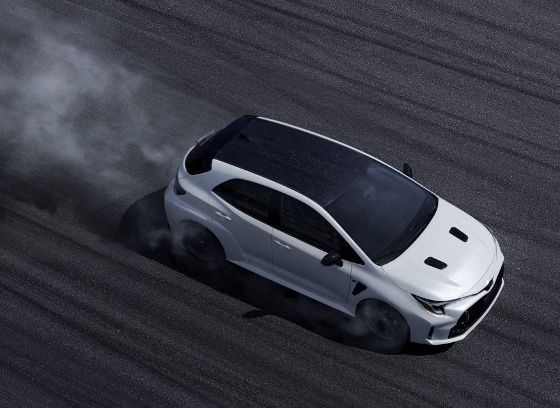 GR Corolla will come in two flavors: Core and Circuit Edition. All GR corollas are available with a 6-speed intelligent manual transmission (iMT) only.

The Core Grade will be available later this year in white, black, and Supersonic Red. It will have a color keyed roof with a black rear lip spoiler, GR-Four stamped side rockers, and wide-fender flares. On the inside, seating for five will come with GR-logoed fabric sport seats.

The Circuit Edition will be a limited-run model available only from the 2023 production run. Standard colors are white, Supersonic Red, and Heavy Metal with the same GR-Four stamped side rockers and wide fenders as the Core. It adds a forged carbon fiber roof, vented bulge hood and a sporty rear spoiler, Brin Naub suede-trimmed sport seats with red accents, and a launch-year-exclusive Morizo signed shift knob. Both versions will come equipped with the all-new touchscreen Toyota Audio Multimedia system. Both have the same engine.

GR Corolla will feature a boosted three-cylinder G16E-GTS powerplant and a three-piece muffler with valve capped off with brushed stainless steel tips. This design reduces exhaust pressure and outside noise, which are essential to backpressure performance. 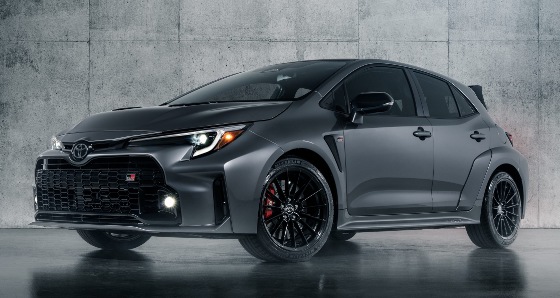 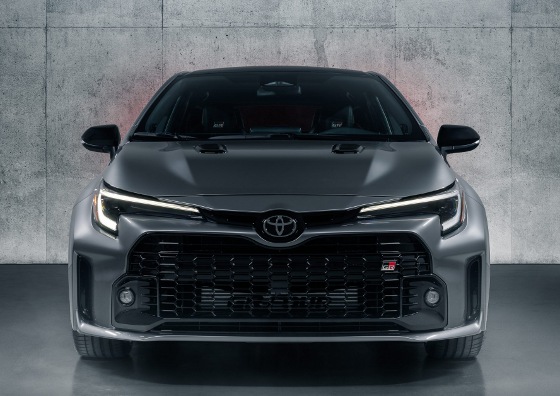 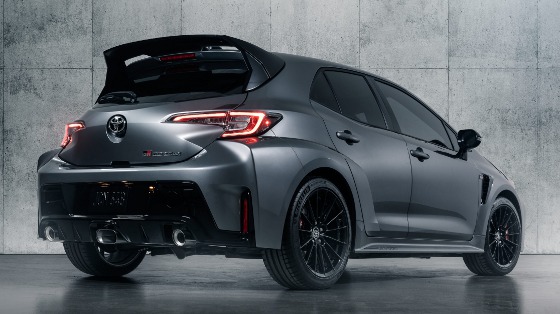 The the DOHC 12-valve engine also benefits from motorsport technologies that maximize performance, including multi-oil jet piston cooling, large-diameter exhaust valves, and a part-machined intake port. Displacing 1,618 cc, it produces a maximum power of 300 hp and 273 lb-ft of torque. Combustion is fed by Toyota's D-4S direct and port fuel injection system, which operates at high pressure for maximum fuel dispersion and efficiency. Toyota did not provide a top speed.

A highly rigid body was specially constructed for GR Corolla using significantly more weld points in the frame, particularly to strengthen joints. Further gains are made through extensive use of structural adhesive, increasing the joint rigidity between component parts. The front suspension is a MacPherson-type strut design that offers both light weight and firm handling. Made up of circuit-tuned coil springs, shock absorbers, and stabilizer bars, the front suspension is designed to deliver all the engine's power to the road and provide optimum cornering capability on all surfaces. The rear suspension uses a double-wishbone-type multilink system that accommodates the AWD system's goal of maximum agility and stability.

The GR-FOUR All-Wheel-Drive system was developed in collaboration with the TOYOTA GAZOO Racing World Rally Team. With the twist of a dial, GR Corolla can adjust four-wheel drive performance to fit the driver's needs. For every-day situations, drivers can set a front/rear torque distribution of 60:40; for a more sport setting, balance can shift to the rear, with 30:70 distribution for a fun-to-drive quality on winding roads and circuits; and for maximum stability a 50:50 setting can be used for fast, competitive track driving on circuits or special stages. In each mode, the torque balance will automatically adjust in response to the driver's inputs, vehicle behavior, and road or track conditions.

The GR Corolla Circuit Edition is also equipped with front and rear Torsen Limited-Slip Differentials (LSD), which offer enhanced cornering performance and grip with control of left- and right-hand drive torque distribution on the front and rear axles.

Braking power comes from opposed, fixed-caliper disc brakes with 14 x 1.1-in. ventilated and slotted rotors outfitted with four-piston aluminum calipers on both grades; the Circuit Edition caliper is red painted with GR logo. At the rear, 11.7 x 0.7-in. ventilated rotors with two-piston aluminum fixed-caliper disc brakes with red-painted calipers and GR logo are standard on the Circuit Edition.

On the Circuit Edition, the roof is made of a forged (rather than woven) carbon sheet molding compound. This lightweight, highly rigid material keeps off the ounces that a steel roof would bring and helps lower the car's center of gravity. Aluminum is used for the hood and front door panels, with light and strong high-tensile steel in critical areas to ensure the car's structure can safely absorb and dissipate impact forces. 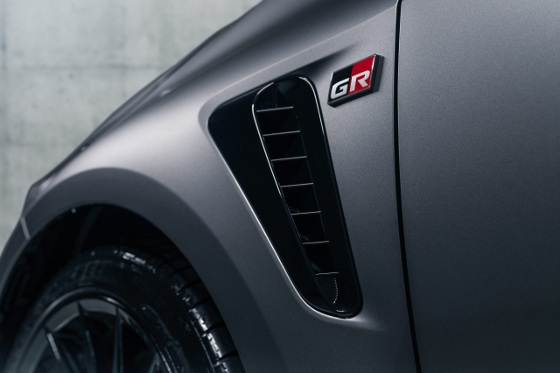 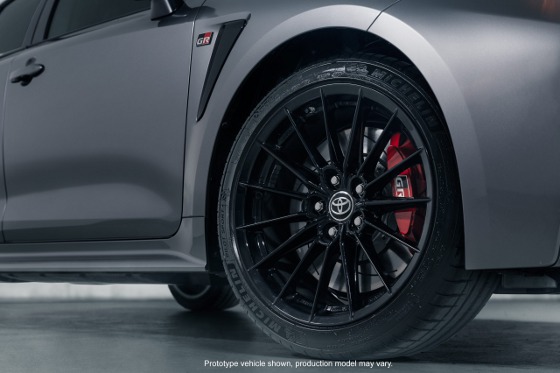 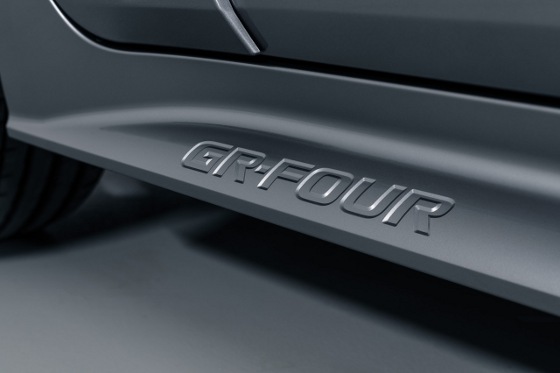 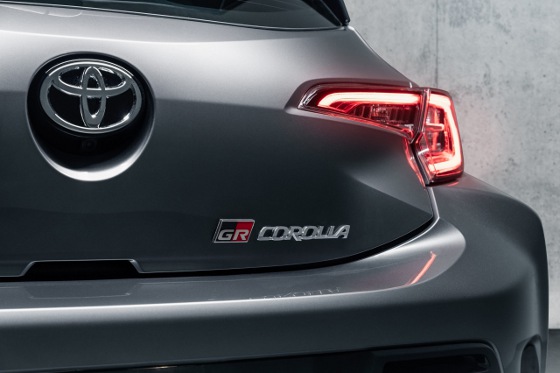 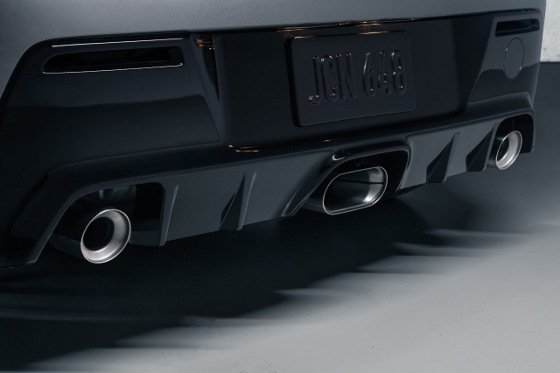 The wide stance and broad hatch exterior design of GR Corolla projects a strong, attack-ready style with its black GR-badged functional matrix grill. Flanked by functional air ducts on both sides, the front grille on the Circuit Grade comes in gloss black and features integrated LED fog lamps. Auto on/off LED headlamps and LED DRLs are standard on both grades.

Inside, the design reflects the car's emphasis on performance, particularly around the driver's cockpit. Incorporating the feedback of professional drivers, a GR Full TFT meter was newly developed with a 12.3-in. color Multi-Information Display (MID) that has a GR meter with 4WD mode, turbo pressure, gear position indicator, and tachometer. The brightly lit display is designed for easy viewing in any condition and even features a start-up GR animation. The shift lever has a shortened stroke for a quick throw between gears. 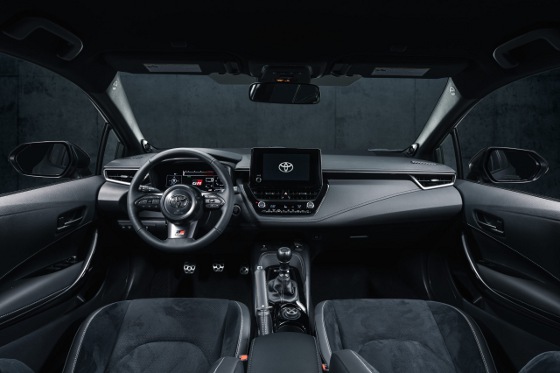 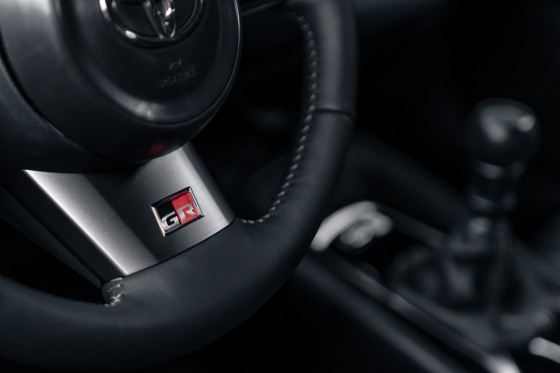 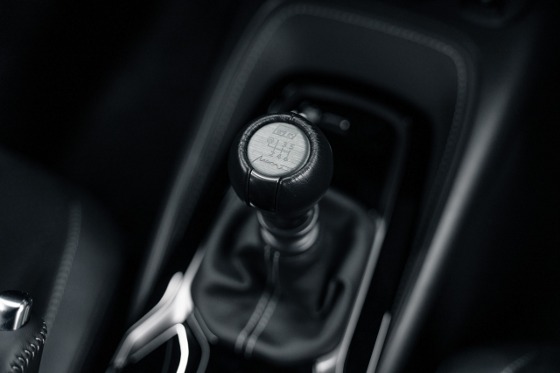 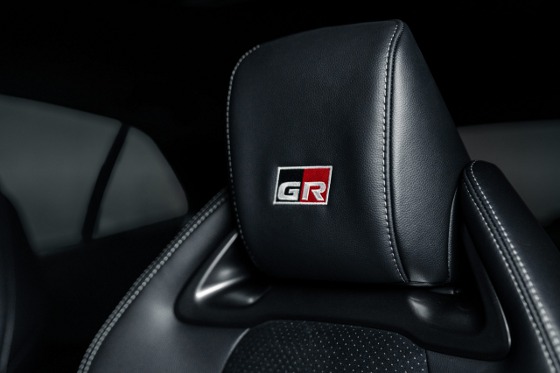 The Circuit Edition's interior is finished in black with red trim details around the door handles, center console, steering wheel, and side air vents, while the Core Grade is finished with black and silver details. 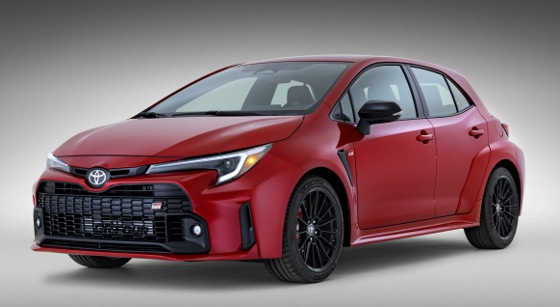 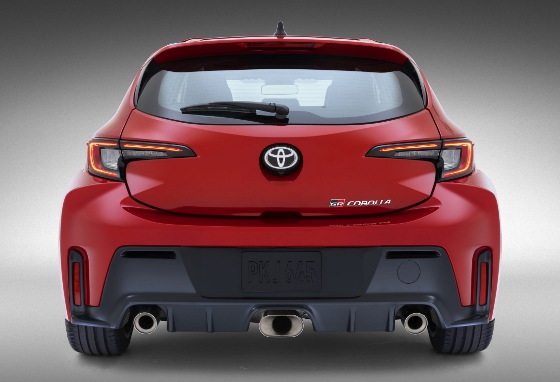 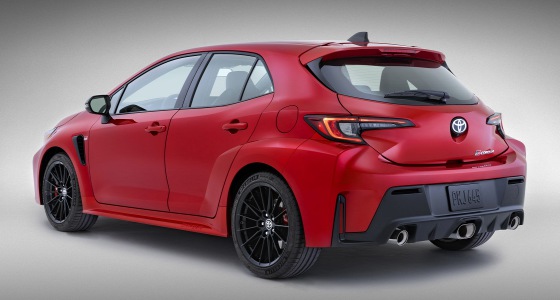 Both GR Corolla grades come standard with Toyota Safety Sense 3.0 (TSS 3.0), which includes enhancements made possible by system sensors with improved detection capability. The Pre-Collision System with Pedestrian Detection is capable of detecting motorcyclists and guardrails in certain conditions. When making a turn or approaching an intersection, the system is designed to detect forward or laterally approaching oncoming vehicles and provides audio/visual alerts and automatic braking in certain conditions. Improved lane recognition delivers refined performance of Lane Departure Alert with Steering Assist and Lane Tracing Assist.

Toyota has established a dedicated GR Factory at its production facility in Motomachi, Japan. Instead of the traditional conveyor system, the body and assembly lines comprise several different cells connected by automatic guided vehicles (AGVs) rather than the conveyors featured in conventional car plants. This fully flexible method of working, with many manual assembly techniques, enables precise body and suspension alignment, with variations in vehicle dimensions and weight kept to a minimum. 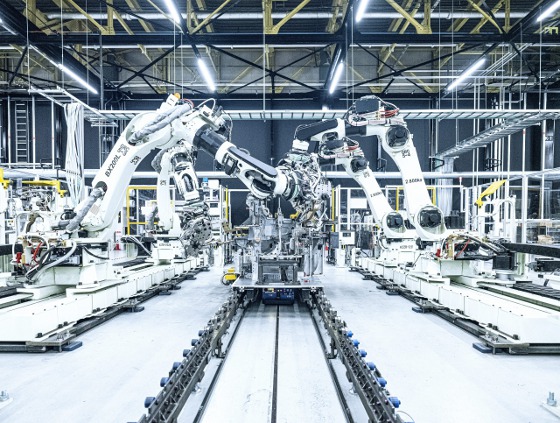 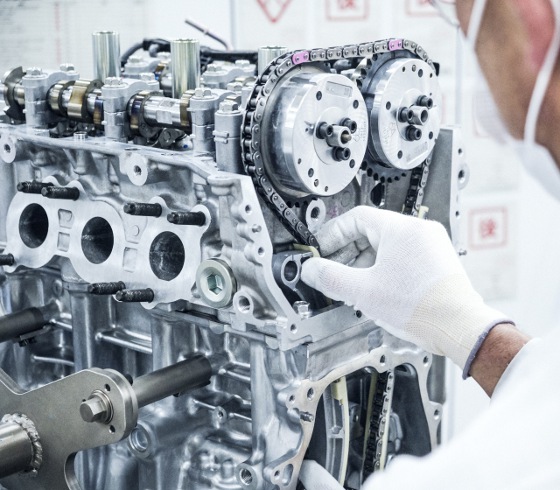 Toyota Gazoo Racing has brought together highly skilled technicians from throughout the company to work on the GR Corolla. Being built by experts means that the assembly of each GR Corolla takes longer than a conventional mass-produced car.

Pricing has not been released. Edmunds estimates the Core model will start around $40,000, and the Circuit Edition around $45,000. Car and Driver says the Core will start closer to $30,000, so we'll have to wait and see.

Learn more and get updates at toyota.com/upcoming-vehicles/grcorolla.