Oshkosh Defense has unveiled the first-ever silent-drive hybrid-electric Joint Light Tactical Vehicle (JLTV), the eJLTV. The eJLTV offers the U.S. Army and U.S. Marine Corps the same level of performance and protection as the base JLTV with the addition of silent drive, extended silent watch, enhanced fuel economy, and increased exportable power that enables it to be used in combat and reconnaissance scenarios. 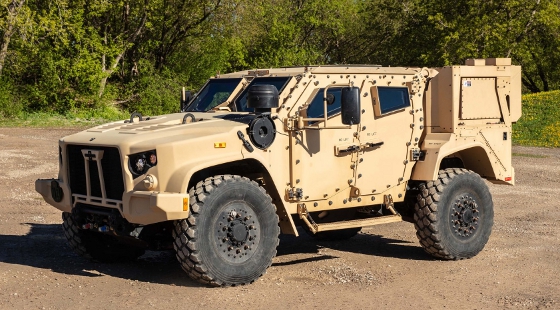 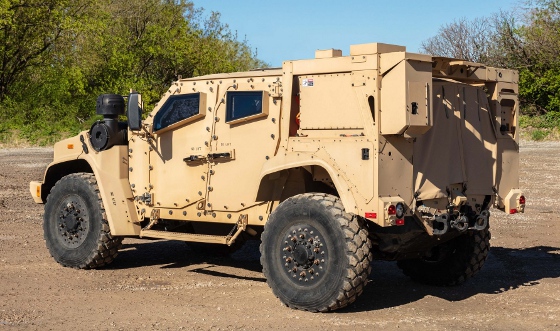 The diesel eJLTV charges the battery while in use, fully recharging the lithium-ion unit in 30 minutes. This eliminates the need for a charging infrastructure, which remains one of the most significant challenges to the widespread electrification of the tactical wheeled vehicle fleet.

According to Breaking Defense, "The eJLTV integrates hybrid-electric technology onto its current diesel JLTV" to provide "soldiers and Marines 30 minutes of silent drive." 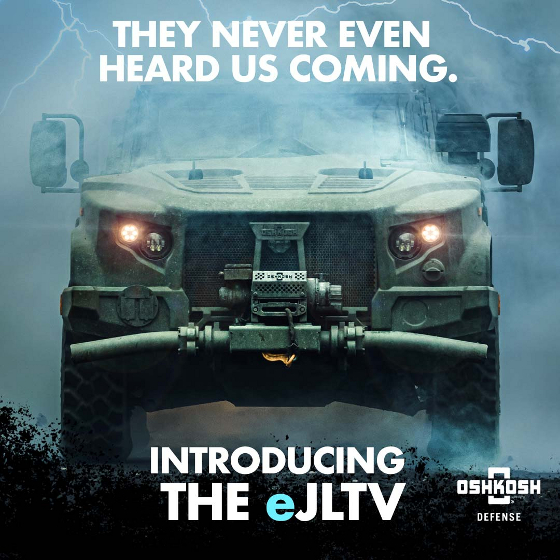 The new system includes a 30-kWh lithium-ion battery pack, motor generator, and power converter. Oshkosh says it has additional benefits beyond the stealthy silent electric drive mode, including improving vehicle fuel economy by more than 20% and eliminating the need for a towed generator by providing export power capacity of up to 115 kW.

According to National Defense Magazine, the hybrid system adds "about 1,000 lb" to the vehicle's curb weight.

This year, the U.S. Army plans to recompete the JLTV program and issue a follow-on production contract in September 2022. The follow-on contract, valued at $6.5 billion, includes an additional 15,468 vehicles and five order years followed by five options years, extending production through FY32.

Although the U.S. Army has not requested a hybrid-electric JLTV as part of the JLTV recompete, Oshkosh has invested in developing the system as a bet that the U.S. military will see the need for the technology in the future.

The system can be installed with relative ease and can be used on any of the JLTV variants: General Purpose (GP) vehicle, Heavy Guns Carrier (HGC), Utility (UTL) vehicle, and the Close Combat Weapons Carrier (CCWC). This makes retrofitting any of the thousands of vehicles already in operation, or those on order, a very viable option.

Fun Factoid: The LCTV was the world's first armored military vehicle to successfully endure the extreme terrain of the SCORE Baja 1000 off-road race -- a 1,050-mile race across the Baja California Peninsula -- in November 2010. According to Oshkosh, "The LCTV accomplished what nearly 40% of racers failed to do: complete the challenging course."