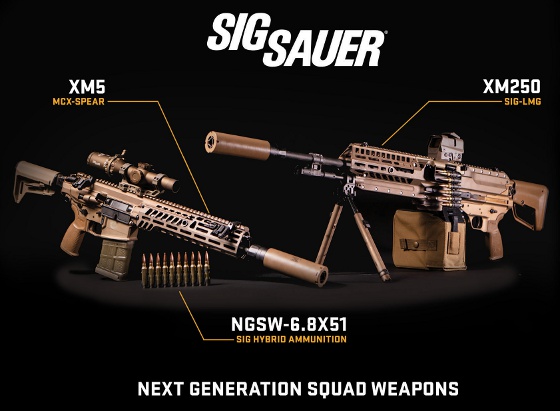 The Army recently awarded a contract to manufacturer SIG SAUER for two new soldier weapons: the XM5 rifle and the XM250 automatic rifle. For soldiers involved in close-quarters combat, the XM5 will eventually replace the M4/M4A1 carbine rifle, while the XM250 will replace the M249 Squad Automatic Weapon.

Additionally, both new rifles will use the new 6.8-mm common cartridge family of ammunition as well as a new fire control system.

"We should note that this is the first time ... in 65 years [that] the Army will field a new weapon system of this nature: a rifle, an automatic rifle, a fire control system, and a new caliber family of ammunition," said Army Brig. Gen. Larry Q. Burris, the Soldier Lethality Cross-Functional Team director.

The Army will procure the new XM250 automatic rifle, which will eventually replace the M249 squad automatic weapon, through a contract signed with SIG SAUER, a firearms manufacturer. [Credit: Courtesy photo SIG SAUER]

"This is revolutionary, and we arrived at this point in record time because we leveraged [the] middle-tier of acquisition rapid fielding authorities to enable speed and flexibility in defining requirements," he said.

Burris said the Army was able to do in 27 months what might otherwise have taken anywhere from eight to 10 years. 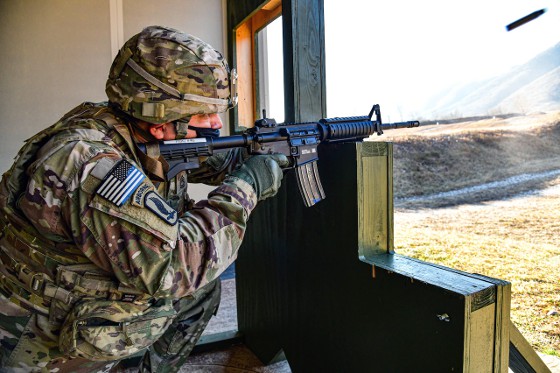 A soldier engages pop-up targets with an M4 carbine during marksmanship training at Cao Malnisio Range in Pordenone, Italy, Jan. 26, 2021. The Army announced April 20, 2022, that it had signed a contract to procure the new XM5 rifle, which will eventually replace the M4 carbine. [Credit: Photo by Davide Dalla Massara, U.S. Army]

Army Brig. Gen. William M. Boruff, the program executive officer in the Joint Program Executive Office, Armaments and Ammunition, said the new 6.8-mm ammunition will initially be produced by SIG SAUER, but that the Army will eventually take over production of ammunition at Lake City Army Ammunition Plant in Missouri. After that, SIG SAUER will become a second-source provider of the new ammunition. 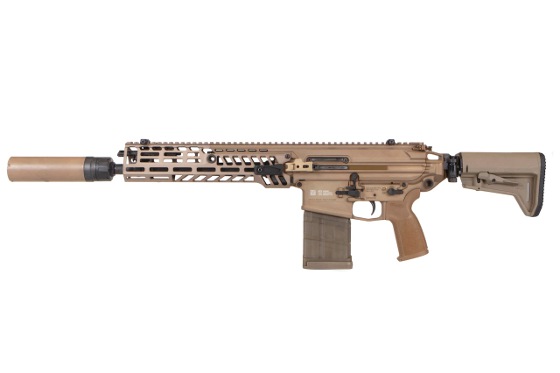 The Army will procure the new XM5 rifle, which will eventually replace the M4 carbine, through a contract signed with firearms manufacturer SIG SAUER. [Credit: Courtesy photo SIG SAUER]

"We already have started preparing the site for the new building," Boruff said. "The new building will be stood up in Lake City Army Ammunition Plant and it will start producing around [fiscal year] 25/26. We'll work with SIG SAUER. We're clearing some space now at the Lake City facility to start production."

When the time comes, Boruff said, the Army will have enough of the new ammunition to begin fielding the new rifles.

"The capability increase that these weapons provide over the M4 and the M249 is what's really exciting," Army Col. Scott Madore, the project manager for soldier lethality, said. "It's a significant change: the way it fires, the way, when you apply the fire control -- which was previously awarded back in January -- when you apply that to these weapons systems, it improves or increases the probability of a [hit] for the individual soldier. It reduces aim error, and it's a game changer. That's really what excites me about these two systems as we saw them go through testing."

Burris also said that in addition to improved accuracy, the new system also provides greater energy on the target. 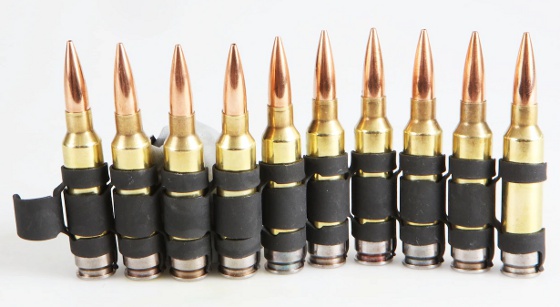 The new XM5 rifle and XM250 automatic rifle, which will eventually replace the M4 carbine and the M249 Squad Automatic Weapon respectively, will use the 6.8-mm common cartridge family of ammunition. SIG SAUER was awarded the contract to provide the new weaponry. [Credit: Courtesy photo SIG SAUER]

The initial 10-year contract with SIG SAUER allows for up to 250,000 weapons to be purchased, but that allows for other services, such as the Marines, to also be fielded the weapons if they express interest.

VIDEO: An inside look at the Next Generation Squad Weapons Program with SIG SAUER President/CEO Ron Cohen (2021). [Credit: SIG SAUER]

For the Army's close-combat and special operations forces, about 120,000 weapons will be needed.

At the end of April 2022, the U.S. Army announced the award of a 10-year firm-fixed-price follow-on production contract to SIG SAUER, Inc. for the manufacture and delivery of two Next Generation Squad Weapon (NGSW) variations (the XM5 Rifle and the XM250 Automatic Rifle) and the 6.8-mm Common Cartridge Family of Ammunition.

This award was made following a rigorous 27-month prototyping and evaluation effort that included numerous technical tests and Soldier touch points of three competing prototype systems.

The value of the initial delivery order on the contract is $20.4 million for weapons and ammunition that will undergo testing. The contract includes accessories, spares, and contractor support. It also provides the other Department of Defense services and, potentially, Foreign Military Sales countries, the opportunity to purchase the NGSW weapons.

The XM5 Rifle will replace the M4/M4A1 carbine within the close-combat force, and the XM250 Automatic Rifle is the planned replacement for the M249 Squad Automatic Weapon.

Both weapons fire common 6.8-mm ammunition utilizing government-provided projectiles and vendor-designed cartridges. The new ammunition includes multiple types of tactical and training rounds that increase accuracy and are more lethal against emerging threats than both the 5.56-mm and 7.62-mm ammunition.

"The M4's combat load, also seven magazines for a total of 210 rounds, is 7.4 pounds. In total, a rifleman with the XM5 will carry roughly four pounds more than today's M4 rifleman."

Also, "When soldiers eventually get those new guns, they will carry significantly less ammunition, given the 6.8mm is much heavier than the 5.56mm rounds the M4 and SAW use. The idea is those heavier rounds will be more effective against body armor and light vehicles."

According to a National Defense article, "At about two-thirds the weight of the M249 machine gun, SIG SAUER's XM250 Automatic Rifle is much lighter than what soldiers have been carrying." This article also adds, "SIG SAUER developed a lightweight metallic casing to pair with 6.8mm ammunition already designed and manufactured by the United States. This allows a cartridge to withstand more pressure than conventional ammunition, resulting in greater velocity and accuracy without having to make the weapon physically bigger."

An article in VeteranLife adds, "The XM157 Fire Control optic offers something straight out of science fiction -- computer-assisted shooting. So far, that kind of technology hasn't been available outside of ground vehicle platforms like the Abrams tank and Bradley Fighting Vehicle. A number of additional advanced technologies are packed into the new optic, including an atmospheric sensor suite, infrared aiming lasers, and a ballistic calculator."