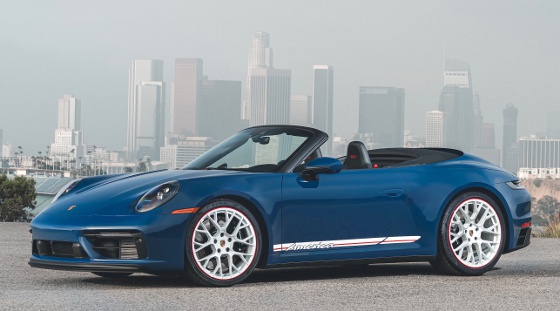 Porsche is celebrating the 70th anniversary of its 356 America Roadster with a special America edition of its Porsche 911 Carrera GTS Cabriolet. The 473-hp red, white, and blue open-top sports car will be made specifically for the North American market and will be one of the rarest Type 992 cars.

According to Porsche, Max Hoffman, the first importer of Porsche cars to the United States, found early success among American customers with the 356 when he began selling them in 1950. Hoffman knew that a more affordable model would help him reach more customers, and he convinced Porsche to develop a special lightweight version specifically for the U.S. market: the 1953 356 America Roadster.

With all but the bare essentials removed, this 356 used a 1,480-cc boxer four-cylinder engine generating 70 hp. That figure represented a significant jump from earlier models that had a smaller engine making 40 hp. That barebones sports car quickly inspired the 356 Speedster, which used the steel body of the 356 Cabriolet and minimal equipment, but not quite to the level of its earlier sibling. Only 16 examples of the 356 America Roadster were built, placing it among the rarest of 356 models. 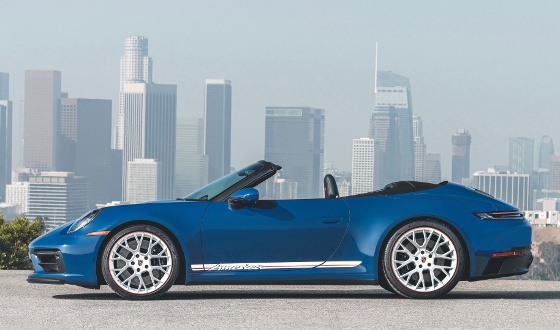 The 911 America uses a twin-turbocharged 3.0-liter boxer six-cylinder engine to generate 473 hp and 420 lb-ft of torque. Porsche Active Suspension Management Sport is standard equipment, lowering the ride height by 10 mm while adding helper springs to the rear axle. Sport Exhaust and the Sport Chrono Package are also both standard equipment. The car will do 0 to 60 in under 4 sec. 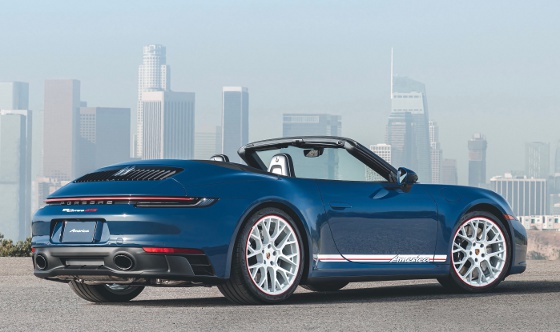 Rear-axle steering and Porsche Ceramic Composite Brakes are available as added options. The standard cast iron brake rotors measure 408 mm (16 in.) in front with six-piston aluminum fixed calipers and 380-mm (14.9-in.) rotors in the rear with four-piston fixed aluminum calipers finished in black.

The exterior color, Azure Blue 356, was inspired by the 1953 356 America Roadster. The color has been matched, revived, and reserved for this special vehicle in the 2023 model year. The windshield frame is finished in Satin Black.

RS Spyder Design Wheels are specially finished with the interior portion of the spokes in white, the outermost flat surfaces in silver, and a Guards Red pinstripe along the edge of the rim. Along the doors, decals in white with Guards Red accents read "America," while the model designation on the rear features "911 Carrera" in white and "GTS" in Guards Red. 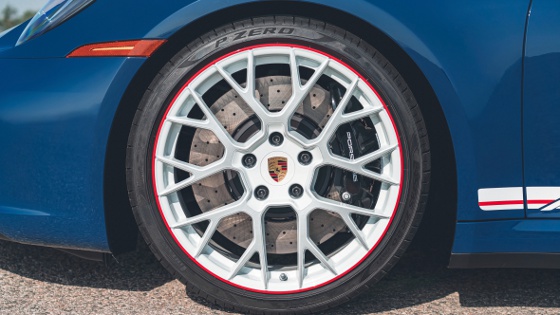 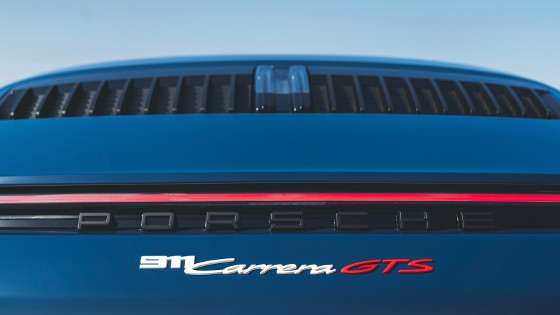 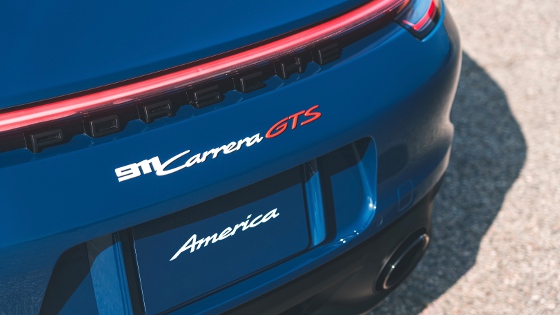 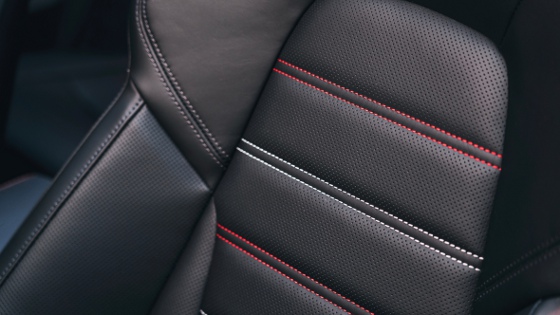 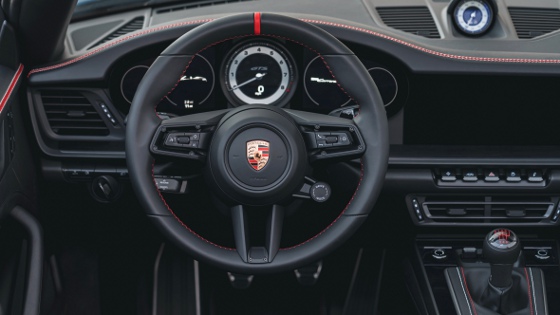 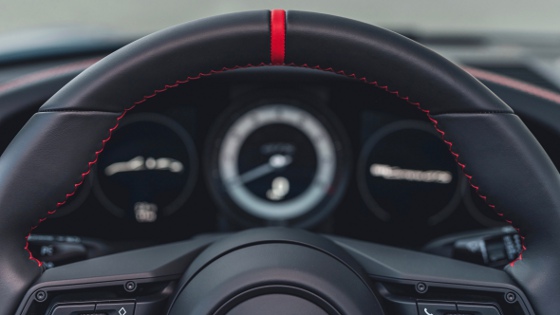 Unique illuminated door sill plates commemorating the 70th anniversary of the 356 America Roadster are also included as standard equipment, along with a leather interior in black, seat belts in Guards Red, the tachometer and instrument cluster in white, and a heated GT Sport steering wheel.

An optional extended interior package continues this theme with a 12-o'clock marking in Guards Red to the steering wheel and Guards Red cross stitching on the inside edge of the wheel. This package also adds two-tone stitching to the shift boot and adds a gear pattern on the manual lever in Guards Red. 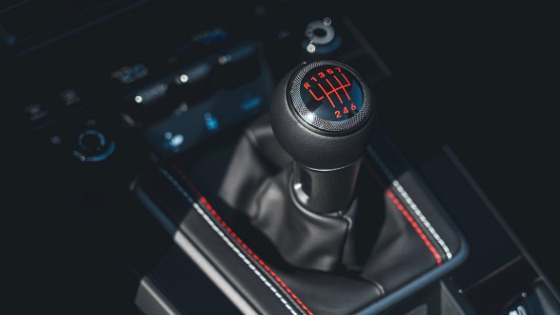 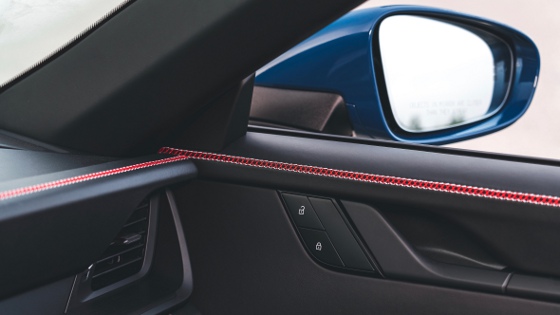 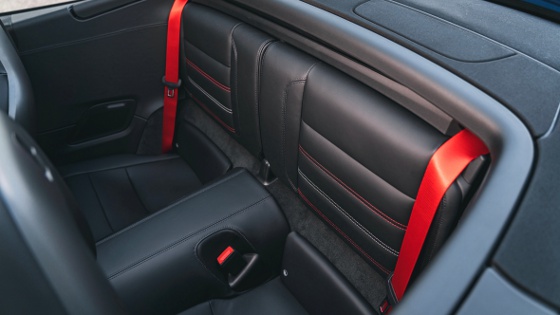