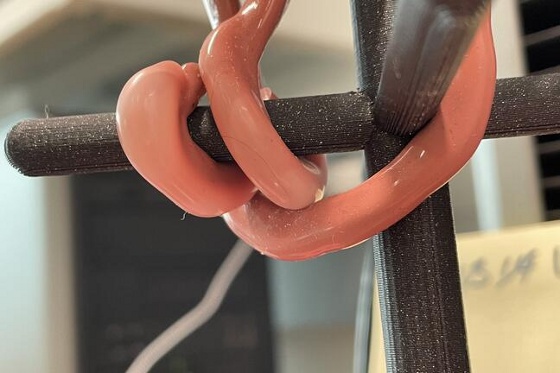 If you've ever played the claw game at an arcade, you know how hard it is to grab and hold onto objects using robotics grippers. Imagine how much more nerve-wracking that game would be if, instead of plush stuffed animals, you were trying to grab a fragile piece of endangered coral or a priceless artifact from a sunken ship.

Most of today's robotic grippers rely on embedded sensors, complex feedback loops, or advanced machine learning algorithms, combined with the skill of the operator, to grasp fragile or irregularly shaped objects. Researchers from the Harvard John A. Paulson School of Engineering and Applied Sciences (SEAS), however, have demonstrated an easier way.

Taking inspiration from nature, they designed a new type of soft, robotic gripper that uses a collection of thin tentacles to entangle and ensnare objects, similar to how jellyfish collect stunned prey. Alone, individual tentacles, or filaments, are weak. But together, the collection of filaments can grasp and securely hold heavy and oddly shaped objects. The gripper relies on simple inflation to wrap around objects and doesn't require sensing, planning, or feedback control.

The research was published in the Proceedings of the National Academy of Sciences (PNAS).

"With this research, we wanted to reimagine how we interact with objects," said Kaitlyn Becker, former graduate student and postdoctoral fellow at SEAS and first author of the paper. "By taking advantage of the natural compliance of soft robotics and enhancing it with a compliant structure, we designed a gripper that is greater than the sum of its parts and a grasping strategy that can adapt to a range of complex objects with minimal planning and perception."

Becker is currently an assistant professor of Mechanical Engineering at MIT.

The gripper's strength and adaptability come from its ability to entangle itself with the object it is attempting to grasp. The foot-long filaments are hollow, rubber tubes. One side of the tube has thicker rubber than the other, so when the tube is pressurized, it curls like a pigtail or like straightened hair on a rainy day.

The curls knot and entangle with each other and the object, with each entanglement increasing the strength of the hold. While the collective hold is strong, each contact is individually weak and won't damage even the most fragile object. To release the object, the filaments are simply depressurized.

The researchers used simulations and experiments to test the efficacy of the gripper, picking up a range of objects, including various houseplants and toys. The gripper could be used in real-world applications to grasp soft fruits and vegetables for agricultural production and distribution, delicate tissue in medical settings, and even irregularly shaped objects in warehouses, such as glassware. 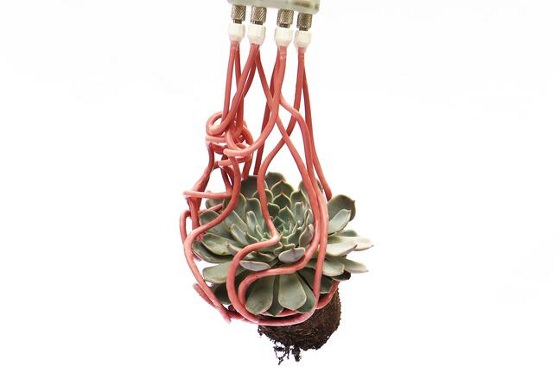 "Entanglement enables each highly compliant filament to conform locally with a target object, leading to a secure-but-gentle topological grasp that is relatively independent of the details of the nature of the contact," said Mahadevan, the Lola England de Valpine Professor of Applied Mathematics in SEAS, and of Organismic and Evolutionary Biology and Physics in FAS and co-corresponding author of the paper.

"This new approach to robotic grasping complements existing solutions by replacing simple, traditional grippers that require complex control strategies with extremely compliant and morphologically complex filaments that can operate with very simple control," said Wood, the Harry Lewis and Marlyn McGrath Professor of Engineering and Applied Sciences and co-corresponding author of the paper. "This approach expands the range of what's possible to pick up with robotic grippers."