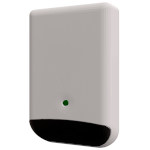 HMS Networks has just launched the new IR-based Intesis AC interface that enables integration of any air conditioning unit, regardless of brand, into Modbus or BACnet Building Automation Systems. This universal interface connects to the AC unit via the IR link that is already used by most AC units to communicate with their remote control. The Intesis IR-based AC Interface is already compatible with more than 100 IR remote controllers and their associated AC units. Simple setup and configuration via MAPS template.
Learn more. 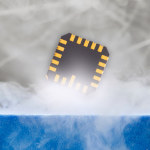 How futuristic is this? U.K. company Paragraf has introduced a graphene Hall sensor that enables commercial organizations to measure high magnetic field strengths accurately at cryogenic temperatures, increasing manufacturing throughput by quicker magnet mapping and replacing existing NMR probe mapping stages. The GHS-C is the only Hall sensor now in volume production that can offer this level of performance at temperatures below 3 K. It is being supplied in the industry-standard LCC 20 package, making it a drop-in replacement for existing Hall sensors. Applications include quantum computing, high-energy physics labs, cryogenic cooling equipment, fusion, medical accelerators, ultra-low-temp research, and magnet manufacturing.
Learn more. 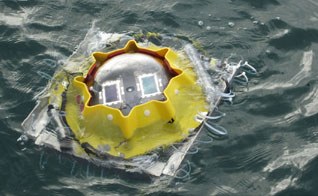 Underwater autonomous systems and sensor platforms are severely limited by the lack of long-endurance power sources. To date, these systems must rely on on-shore power, batteries, or solar power supplied by an above-water platform. Attempts to use photovoltaics have had limited success, primarily due to the lack of penetrating sunlight and the use of solar cells optimized more towards the unimpeded terrestrial solar spectrum.

"The use of autonomous systems to provide situational awareness and long-term environment monitoring underwater is increasing," says Phillip Jenkins, head, NRL Imagers and Detectors Section. "Although water absorbs sunlight, the technical challenge is to develop a solar cell that can efficiently convert these underwater photons to electricity." 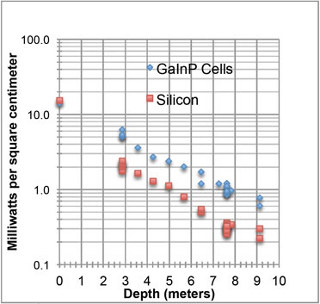 Even though the absolute intensity of solar radiation is lower underwater, the spectral content is narrow and thus lends itself to high conversion efficiency if the solar cell is well matched to the wavelength range. Previous attempts to operate solar cells underwater have focused on crystalline silicon solar cells and more recently, amorphous silicon cells.

The filtered spectrum of the sun underwater is biased toward the blue/green portion of the spectrum, and thus higher-bandgap cells such as GaInP perform much better than conventional silicon cells, says Jenkins.

Preliminary results at a maximum depth of 9.1 m reveal output to be 7 W per square meter of solar cells, sufficient to demonstrate there is useful solar power to be harvested at depths commonly found in nearshore littoral zones.