Army announces its Greatest Inventions of the year 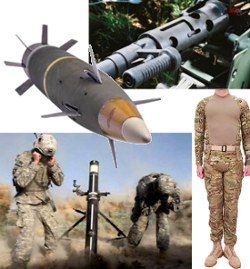 A team of combat veteran non-commissioned officers, as well as U.S. Army Training and Doctrine Command field-grade officers, reviewed and voted for the Army Greatest Inventions that were fielded in 2011.

Dale Ormond, director of the U.S. Army Research, Development, and Engineering Command, commended the scientists and engineers for their efforts to empower, unburden, and protect Soldiers.

"The contributions made by these teams promise to improve the well-being of Soldiers and the Army's capability to contribute to quality of life and our national security," Ormond said. "All of the nominated inventions demonstrate significant contributions to the warfighter.

"The 2011 award winners demonstrated significant impact to Army capabilities, potential benefits outside of the Army, and inventiveness. This program's unique selection process reflects the voice of the Warfighter and insight into the future of Army equipment. The AGI awards are truly Soldiers' Choice Awards."

The awards will be presented during a ceremony in spring 2013.

The Army Materiel Command started the annual Army-wide awards program in 2003 to recognize the Army's latest inventions in science and technology that demonstrate a significant impact to Army capabilities, potential benefits outside the Army, and overall inventiveness. Nominations were submitted from the research and development community, including the U.S. Army Space and Missile Defense Command, Army Corps of Engineers, U.S. Army Medical Research and Materiel Command, U.S. Army Research Institute, the U.S. Army Research, Development and Engineering Command and AMC.

This year's winners, in alphabetical order:

120-mm Accelerated Precision Mortar Initiative Cartridge
A 120-mm Global Positioning System-guided mortar cartridge provides infantry commanders with new precision-strike capability. It replaces the current fuse in the standard M934 HE round with modifications to the fuse well and fin configuration to provide low-cost guidance capability that significantly improves the mortar round accuracy. The GPS coordinates are input from the current mortar lightweight or standard mortar ballistic computers with the addition of a Precision Lightweight Universal Mortar Setter System. The key to its enhanced performance is the GPS acquisition time and ability to maintain tracking throughout the cartridge's high angle of fire. (Source: U.S. Army Armament Research, Development and Engineering Center) 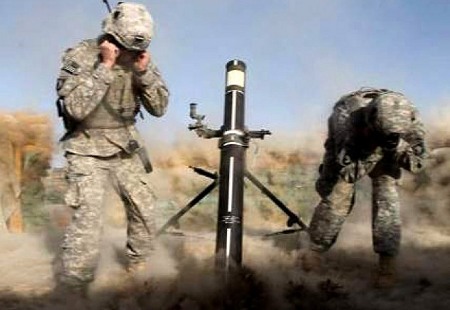 Caiman Explosively Formed Penetrator Add-on-Armor Kits
An armor package is integrated into a Mine Resistant Ambush Protected vehicle with little modification to an existing armor package, protecting the driver and commander sides and mitigating the exposed area from explosively formed penetrators. The team used current panels, allowing for cost savings and quick replacement of damaged armor. The standard welded bosses were replaced with bolted bosses that reduced production time and eliminated warping of the aluminum plate without reducing performance. One hundred kits were requested for shipment to Iraq after successful installation in theater. The kit has had significant impact on survivability against targeted EFP attacks. (Source: U.S. Army Tank Automotive Research, Development and Engineering Center)

Helmet Sensors
A helmet sensor and data-retrieval system measures impact and pressure events continuously. Weighing only 2 oz, this device is placed into the helmet to analyze the correlation between experienced head forces and Mild Traumatic Brain Injury. This will aid in determining whether a Soldier should seek immediate medical attention and aid in the long-term care of the Soldier. Using low power, the battery can last up to 12 months. The National Football League is interested in an exchange of information that could aid in development of future systems capable of targeting and measuring effects to specific parts of the human body. (Source: U.S. Army Natick Soldier Research, Development and Engineering Center) 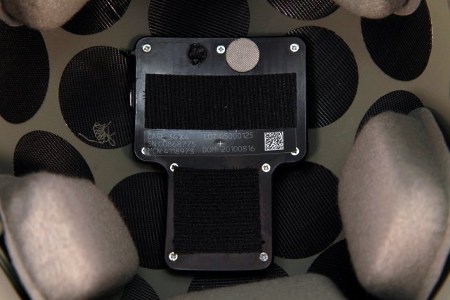 Level 2 Manned-Unmanned Teaming for the OH-58D Kiowa Warrior Helicopter
The L2MUM is a real-time system that can receive video and metadata in the common bands, within a long range, and is used by fielded unmanned aerial systems first fielded on the Kiowa Warrior aircraft. The video and metadata can be unencrypted and encrypted. The software provides the user with UAS location on a standard Falcon view moving map display along with the metadata, which provides the user better and quicker situational awareness further from the target and engagement. The L2MUM aircraft allows specific aviation attack assets to see and understand strategic objectives, receives and provides intelligence to and from varied ground elements, and tactically brings destruction to specific targets. (Source: U.S. Army Aviation and Missile Research, Development and Engineering Center) 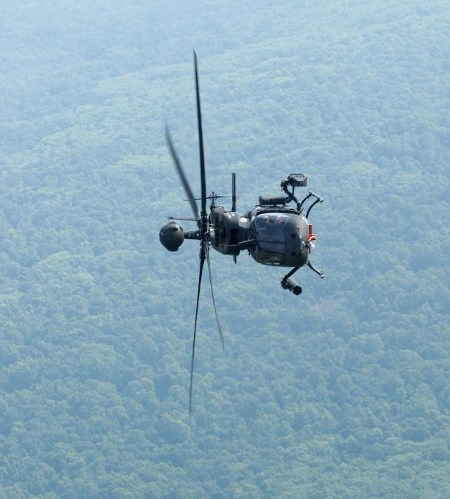 M2A1 Cal .50 Machine Gun
The M2A1 is an enhancement to the .50-calliber M2, including a modified barrel, barrel extension, barrel support, barrel handle, flash suppressor, and a fixed headspace and timing configuration. The M2A1 is an automatic, recoil-operated, link-belt-fed, air-cooled, crew-served weapon; capable of firing single-shot and automatic; and capable of right- and left-hand feed. The enhancements increase durability and Soldier safety moving the headspace and timing adjustment task above the operator level, thereby minimizing malfunctions and injuries in the field. (Source: ARDEC) 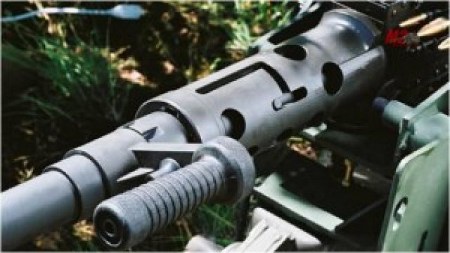 M982 Excalibur Increment 1a-2, 155-MM Extended-Range Precision-Guided Projectile
Aided by a GPS-guided, inertial measurement unit, this fin-stabilized, 155-mm projectile flies a ballistic trajectory during its ascending branch, then a guided trajectory during its descending branch to preprogrammed target coordinates. It provides precision guidance and dramatically improves accuracy to less than 10 m compared with hundreds of meters for conventional artillery ammunition. This better reliability increases the probability of destroying the target and decreases the number of rounds needed to fire. The range capability increases from 25.3 km to 37.5 km. (Source: ARDEC) 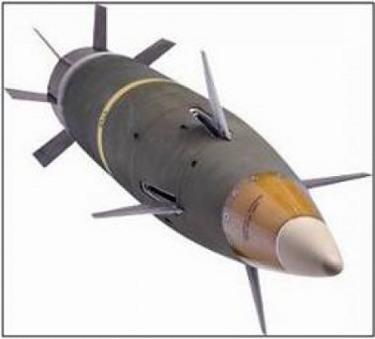 OH-58D Common Missile Warning System
The OH-58D Common Missile Warning System provides missile warning and countermeasures for infrared-guided missiles. This increases aircraft and Soldier survivability against guided-missile attacks. The technology detects a fired missile and then dispenses flares as a means to detour the missile away from the aircraft. (Source: AMRDEC)

Pelvic Protection System
The Pelvic Protection System is in response to an increased threat of buried improvised explosive devices, providing protection from serious injuries to the pelvis, femoral arteries, and lower abdominal organs in a blast or small fragmentation threat. It aids in protection against sand and debris injected into the wounds sustained from IEDs, which may result in complications and significant chance of infection. The Navy and Air Force have inquired about procuring on future contracts. (Source: NSRDEC) 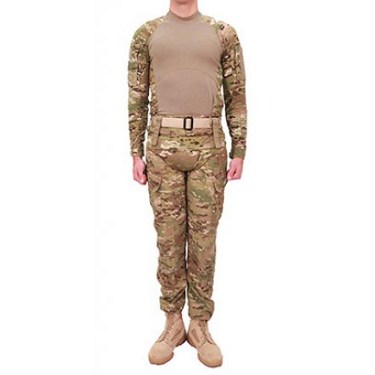 Soldier Plate Carrier System
The Soldier Plate Carrier System is a lightweight, hard-armor-plate carrier system with a modular lightweight load-carrying equipment attachment that has a quick-release capability, which aids in reducing load for the Soldier, increases mobility, and provides direct-fire protection. The SPCS consists of an outer carrier with soft-armor ballistic inserts and a cummerbund for better system stabilization and increased ballistic area of coverage around the torso. (Source: NSRDEC)

Small Unit Tactical Light
SUTL lights up target areas when motion is detected by using a 12-VDC motion sensor to operate an infrared light. The motion sensor has a day/night sensor and switch to conserve battery life. A thermal imaging sensor is also encased with the motion sensor (motion must be made by something with substantial heat such as a person, large animal, or vehicle). An infrared light allows the target or enemy to be known to friendly forces with night-vision goggles while not alerting the target. (Source: 10th Mountain Division [Light Infantry])