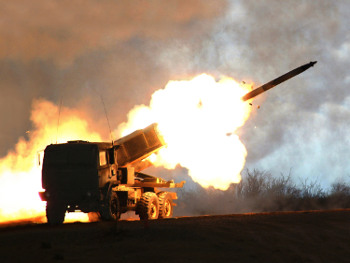 "In lethality, overmatch means we can defeat the threat to maintain an advantage," said Keith Jadus, acting director of the lethality portfolio for the Office of the Deputy Assistant Secretary of the Army for Research and Technology. "That means we have an advantage in every sense of the word. Overmatch is much bigger than lethality. We need to be able to see farther, reach farther, and to ensure that our forces are protected outside the range and influence of the enemy."

Jadus said the goal of the lethality portfolio is to create an unfair fight.

"Part of my strategy in lethality S&T (science and technology investment) is that we maintain overmatch," he said. "It's absolutely true that lethality is part of creating an unfair fight, but we should never forget all the other pieces of that fight."

As researchers seek new offensive capabilities for long-range firing and small arms, they are also considering the Army's requirements for defensive postures, such as air and missile defense.

Affordability
Jadus manages an annual investment portfolio of nearly $250 million with wide-reaching implications for the Army of the future.

"The Army has to deliver affordable weapons systems because of the large number of systems it buys," Jadus said. "With the budget environment we are in, we have to focus our technologies on how we can bring additional capability while maintaining affordability."

"While we want to put precision in every weapon, it most likely will be too costly for the Army to field weapons with pinpoint accuracy in large numbers," said Michael Zoltoski, the leader of lethality research at the Weapons and Materials Research Directorate within the U.S. Army Research Laboratory, in an article by Tom Faulkner in the September/October 2014 issue of Army Technology Magazine.

"One of our more far-reaching concepts is called parent-child," said Zoltoski. "In this concept, one weapon is designated as the parent and the other ones are called the children, which have a lower cost than the parent. The parent flies out and collects target information in real-time and then communicates and syncs this information with its children. The weapons then swarm and attack the threats identified by the parent weapon, providing overwhelming lethality when compared to current use of weapons on the battlefield. Initial modeling shows that we could double or triple our current lethality using this approach."

Extended range
Army leadership wants to increase the range of its weapons systems. Across the spectrum of weapons systems, the Army needs to be able to engage ground targets -- even greater than 300-km offensive range. Army S&T is working on long-range fires to extend the range of rockets to address this challenge and significantly increase the range of cannon artillery. The Army is also working to extend the reach of Soldier weapons, including individual weapons, mortars, and close combat missiles. 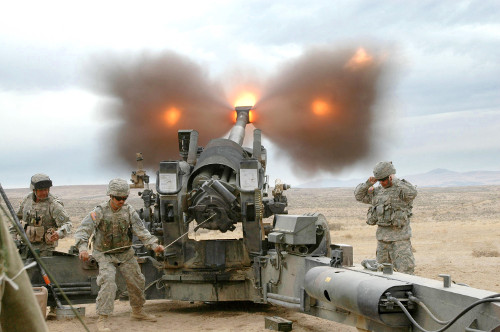 Soldiers from the 17th Fires Brigade, based at Joint Base Lewis-McChord, WA, fire an M198, 155-mm howitzer during a recent combined live-fire exercise at the Yakima Training Center in Washington. [Photo Credit: Spc. Lucas T. Swihart]

Precision
"We need to be able to maintain precision," Jadus said. "We brought precision to our field artillery capability, and we've had precision in our rockets. We are trying to bring affordable precision to everything including small arms, 40-mm grenades, and mortars."

The Army uses GPS to great effect; however, planners see a need to provide precision even if GPS is denied.

"If we utilize GPS for guidance on a missile or artillery shell, we have to make sure that if somebody shuts down our GPS, we can still deliver the precision we promised," he said. "Technology investments today are focused on mitigating this risk."

"Think of warhead effects that are able to be increased or decreased," he said. "We envision the capability to decrease lethality to reduce collateral damage, or increase lethality tailored to the targets. Traditionally, we have focused a lot of our warhead technology on hard vehicle targets, but we need to be able to defeat a range of targets such as light vehicles, buildings, and bunkers. We also need non-lethal solutions for our maneuver forces to operate in areas with non-combatants."

Disruptive energetics
Researchers and engineers have been manipulating an energy density curve for energetic materials for decades.

"Advancements have been incremental -- 5 or 10 percent here and there, for a long time," Jadus said. "But Army researchers are rethinking all the physics. They're going to the molecular level and discovering how we can put a lot of energy in a molecule and then finding out how we can release that energy and look at something that would give us an increase of an order of magnitude or more in our energetic density."

What this can do for the Army is huge, he said. With new material science advances, researchers foresee a 40-mm grenade that a Soldier fires from a rifle to deliver dramatic effects.

"You can really change the dynamic of what that Soldier is able to do," Jadus said. "It may mean a 40-mm grenade with 155-mm artillery effects. We may not get there, but it is certainly where this can take us. It can also radically increase the range of our weapons"

It's all in the name, he said. Disruptive goes beyond leap-ahead technologies.

"When we start getting these capabilities out there, I think it's going to be disruptive," Jadus said. "We're going to have to look at how we engage in warfare. Advanced capability such as this warrants a holistic review of Army tactics, techniques, and procedures. A battlefield where an individual Soldier possesses artillery lethality within a grenade-sized munition is a much different battlefield."

Directed energy
Researchers are also looking to one solution to counter the threat of rockets, artillery, mortars and missiles, and unmanned aerial vehicles with directed energy.

"Directed-energy applications are considered game-changing technologies by the Army," said Richard De Fatta, director of the Emerging Technology Directorate within the Technical Center of the U.S. Army Space and Missile Defense Command and Army Forces Strategic Command. "When fielded, they will provide cost and operationally effective alternatives to conventional missiles, guns, and similar systems. A directed energy 'bullet' is generated almost entirely by electrical energy and does not require resupply except fuel to generate electricity."

With high-energy lasers, Jadus said, there is still a lot to work out.

"We recently had some impressive demonstrations using a commercial laser and supporting beam control, power, and thermal subsystems all integrated onto a mobile military truck, yet we still need to further mature the technology," he said. "Our laser programs are achieving promising results in the laboratory, and we are developing support subsystems to enable long run-times at these lasers' higher power levels."

Non-lethal options
The Army is also looking at high-powered microwave and high-powered radio-frequency technology to defeat electronics and other capabilities and help to disrupt other targets, such as the improvised explosive device threat.

"We're looking at this as a non-lethal weapon," Jadus said. "We can use a high-powered microwave to put energy on a person and force them to move out of the way. I've talked to Soldiers who have been demonstration subjects on this project. When subjected to the high-power energy beam, the demonstration subjects become so uncomfortable that they move away from the source. We are leveraging work done by the Joint Non-Lethal Weapons Directorate led by the Marine Corps and the Air Force on this technology."

Jadus said it will be interesting to see how the Army uses this capability.

"Some people call it a front bumper for our combat vehicle fleet. We can mount this on the front of a vehicle, so that if a crowd starts to come toward the vehicle, we can politely move them out of the way by putting a little bit of energy on them," he said. "It also helps us determine intent. If somebody is not pointing a gun at us, we can use a non-lethal device to disperse them. If they respond aggressively, we can escalate to a lethal interaction, but it gives us the option not to have to."

Future challenges
"I think a lot of technology that is advancing in the commercial world is of a lot of value to us," Jadus said. "We spend a lot of time looking at those technologies and then figuring out if we can use them in the military environment."

A challenge to developers is the gun-launch environment. As a gun-launched projectile exits the tube, it may experience 20,000 or 30,000 Gs of force.

"There are not a lot of systems that encounter that shock," Jadus said. "We're talking tens of thousands of G forces exerted on electronics chips. We have to figure out how to make sure our chips are sufficiently hardened to weather that environment and remain viable. Those chips are essential to the accuracy of those systems, because we have a very low tolerance for an error in the guidance system in a weapon. Honestly, the difference is life and death."

Because the stakes are high, S&T investments are critical, Jadus said.

"We have the unique opportunity to explore and look at how we solve problems a little bit differently and with more innovation," he said. "We can shape the future. We can go try things. I think the environment we're in now is one of collaboration. We have frequent dialogs with our user representatives and our program executive office partners. We also work with them to develop long-range plans."

The Army also actively collaborates with industry and foreign partners to better understand what they have available. 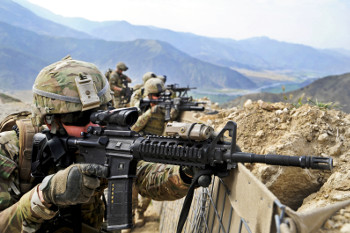 "I believe in order for Army S&T to be truly innovative and deliver revolutionary capability to our warfighters, we need to expand our search beyond our traditional labs," Jadus said. "Taking the best industry, academia, and our research partners have to offer, only then can we successfully increase our overmatch."

In recent years, the Army completed an internal process review on how it does long-range investment planning.

"This has been a windfall for S&T, because now we know where the Army wants to go in the future," Jadus said. "Now we have a really good process to vet the future years' requirements and what associated technologies we need to develop. Does the Army want a new tank gun in the future or a new artillery system? The good news is we develop broad-based technology that applies to more than just one system. S&T is critical for the future as it informs the Army of the possible."