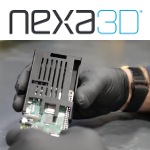 The new xESD resin from Nexa3D, a leading maker of ultrafast professional and industrial polymer 3D printers, is a rigid photoplastic material with a stable carbon nanotube dispersion that delivers optimal static-dissipative performance and isotropic mechanical properties, which are required by the electronics manufacturing industry. The xESD resin allows users to create custom jigs, fixtures, grippers, assembly aides, and enclosures in hours without the risk of ESD damage to high-value electronic components. Available for NXE Pro series printers and the XiP desktop 3D printer.
View the video and learn what else is new from Nexa3D.

Put your knowledge to the test by trying to answer these key questions on how to choose the right high temperature-resistant adhesive. The technical experts from Master Bond cover critical information necessary for the selection process, including questions on glass transition temperature and service temperature range. Some of the answers may surprise even the savviest of engineers.
Take the quiz. 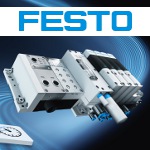 Festo's controlled pneumatics combines proportional technology, sensors, and control algorithms to form a control loop. These are mechatronic pneumatic systems with innovative valve and communication technologies that enable digital influence in conjunction with closed-loop control based on a sensor variable. This creates new areas of application, especially for pressure and flow control. Learn about digitized pneumatics in tire manufacturing and how piezo technology increases valve life in wafer manufacturing.
Read the full Festo applications article. 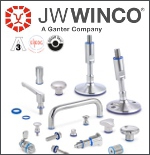 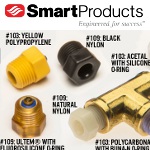 Smart Products USA says their best example of a true relief valve can be found in Models #103 and #109. Available as a 1/8" Male NPT style, these valves are easily placed into plastic, metal, or other materials with absolutely no tubing involved. While the majority of the company's valves function as both a check and pressure-relief flow control option, Models #103 and #109 are more suited to only relieve pressure. When pressure builds to a designated PSI level, this spring-loaded valve responds and allows flow of liquids/gasses slowly to prevent blowups or damage.
Learn more. 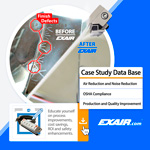 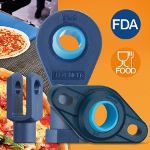 To make food-processing facilities and machinery even safer, igus, the Germany-based manufacturer of motion plastics, has launched a new standard in the form of the high-performance plastic iglide A181 as a spherical ball material for the igubal Food Contact (FC) joint system. Moving on stainless steel shafts, the spherical cap is three times more wear resistant than the previous version made from iglide FC180. It also costs 25% less and is self-lubricating, maintenance-free, and FDA and EU 10/2011 compliant.
Learn more.

Dr. Angel Lopez, director of Business Development at micrometal GmbH, one of Europe's leading photo-chemical etching providers, discusses what considerations design engineers need to bear in mind when working with this versatile and sophisticated metal machining technology that produces complex and feature-rich metal parts and components that are burr and stress free.
Read the full article. 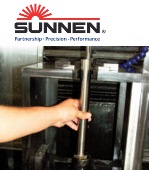 Fuse pins are designed to hold a jet engine on a wing, but to break away in emergency situations, allowing the engine to separate from the wing to prevent catastrophic structural failure and fires. Learn how Sonic Industries relies on Sunnen's SV-1000 honing system to produce the 5- to 7-micron ID tolerance and proprietary finish critical to this part's performance. The CNC-controlled SV-1000 allowed Sonic to meet ramped-up customer demand when it replaced a manual honing system, decreasing cycle times dramatically and increasing part production.
Read the Sunnen case study. 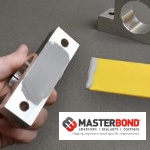 When it comes to bonding titanium to itself or to other substrates, Master Bond has formulated a range of reliable, high-strength adhesives that yielded excellent results when tested for their lap shear strength using titanium substrates. Titanium is known for its high strength, corrosion resistance, and heat transfer properties. See the results of which epoxies performed the best when also considering different processing and operation conditions.
Read the Master Bond results. 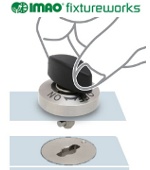 Quick-release One Touch Fasteners from Fixtureworks provide quick and easy locking and unlocking for fixture plates, covers, machine components, and more. These quarter-turn clamping fasteners have clearly visible ON and OFF markings and are ideal for fast-changeover applications and frequent disassembly, providing reliable hold up to 100 lb. Lots of versions available, including standard, retractable, heavy duty, and knob- and button-locking pins.
Learn more and see case study examples. 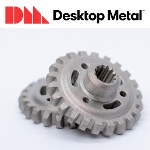 3D-printer maker Desktop Metal has qualified the use of the nickel alloy Inconel 625 (IN625) for its Studio System, an office-friendly metal additive manufacturing system that prints high-performance metal parts in low volumes for pre-production and end-use applications. IN625 is a high-performance alloy known for high levels of strength, temperature resistance, and corrosion resistance.
Read the full article. 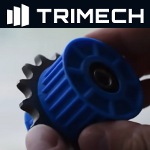 Fused Deposition Modeling (FDM) 3D-printing machines use thermoplastic resins and strong, tough materials for real applications. Learn from the experts at TriMech how to prepare for incorporating metal parts such as bushings, hex nuts, roller chain, and rods into FDM builds to create complicated parts that need to stand up to repeated use.
View the TriMech video. 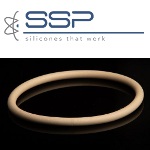 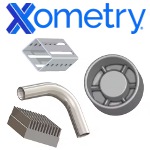 Get the parts you need made fast and at a great price. Xometry has added five new manufacturing options to their quoting engine: Die Casting, Metal Extrusion, Metal Stamping, Laser Tube Cutting, and Tube Bending. Experts will manually quote these options and work closely with you to ensure the best outcome and success. Get your quote today, and get started on your next metal production order.
Learn more. 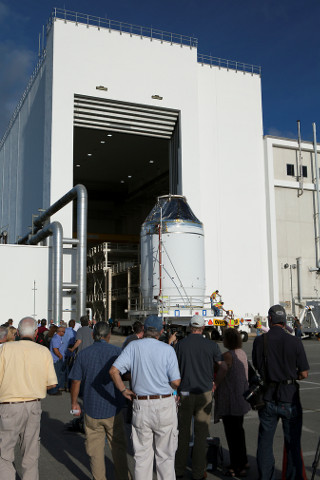 The Orion crew module, stacked atop its service module, moved out of the Neil Armstrong Operations and Checkout Building at NASA's Kennedy Space Center in Florida on Sept 11. Orion was transported to the Payload Hazardous Servicing Facility at Kennedy, where it will be fueled ahead of its December flight test, traveling 3,600 miles into space. [Image Credit: NASA/Dan Casper]

NASA is making steady progress on its Orion spacecraft, completing several milestones mid-September at NASA's Kennedy Space Center in Florida in preparation for the capsule's first trip to space in December.

Engineers finished building the Orion crew module, attached it and the already-completed service module to the adapter that will join Orion to its rocket, and transported the spacecraft to a new facility for fueling. 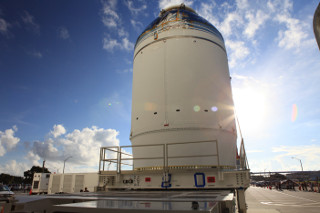 The Orion crew and service module stack made a 20-minute trip from the Neil Armstrong Operations and Checkout Building at NASA's Kennedy Space Center in Florida on Sept. 11, 2014, to the Payload Hazardous Servicing Facility. [Image Credit: NASA/Dan Casper]

"Nothing about building the first of a brand new space transportation system is easy," said Mark Geyer, Orion Program manager. "But the crew module is undoubtedly the most complex component that will fly in December. The pressure vessel, the heat shield, parachute system, avionics -- piecing all of that together into a working spacecraft is an accomplishment. Seeing it fly in three months is going to be amazing."

Finishing the Orion crew module marks the completion of all major components of the spacecraft. The other two major elements -- the inert service module and the launch abort system -- were completed in January and December, respectively. The crew module was attached to the service module in June to allow for testing before the finishing touches were put on the crew module.

The adapter that will connect Orion to the United Launch Alliance (ULA) Delta IV Heavy rocket was built by NASA's Marshall Space Flight Center in Huntsville, AL. It is being tested for use on the agency's Space Launch System rocket for future deep space missions.

NASA, Orion's prime contractor Lockheed Martin, and ULA managers oversaw the move of the spacecraft on Sept. 11 from the Neil Armstrong Operations and Checkout Building to the Payload Hazardous Servicing Facility at Kennedy, where it will be fueled with ammonia and hyper-propellants for its flight test. Once fueling is complete, the launch abort system will be attached. At that point, the spacecraft will be complete and ready to stack on the Delta IV Heavy.

Orion is being built to send humans farther than ever before, including to an asteroid and Mars. Although the spacecraft will be uncrewed during its December flight test, the crew module will be used to transport astronauts safely to and from space on future missions. Orion will provide living quarters for up to 21 days, while longer missions will incorporate an additional habitat to provide extra space. Many of Orion's critical safety systems will be evaluated during December's mission, designated Exploration Flight Test-1, when the spacecraft travels about 3,600 miles into space.