Wheels:
Pushing the limits of motorcycle design and manufacturing 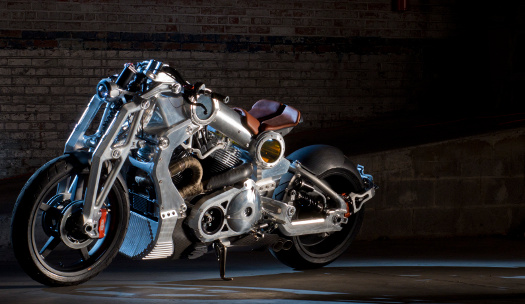 There's a moment that every industrial designer dreads: When his or her ideal design bumps up against manufacturing reality.

Confederate Motors has faced that moment many times in the past, but not recently. Its collaboration with 3D Systems' On Demand Manufacturing service, Quickparts, has given the bespoke motorcycle company the ability to turn even its most wildly imaginative designs into physical reality. 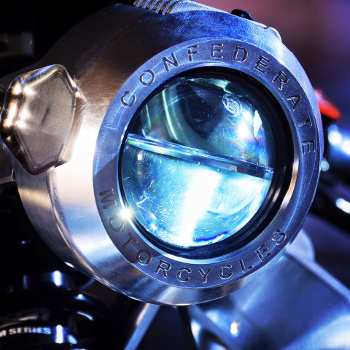 "Our relationship with 3D Systems is probably the best thing that's happened to me since I've been in this business," says Matt Chambers, founder and CEO of Confederate Motors. "It takes so much of the pressure off our small team and lets us focus on what we love to do, which is design the best possible bike imaginable." 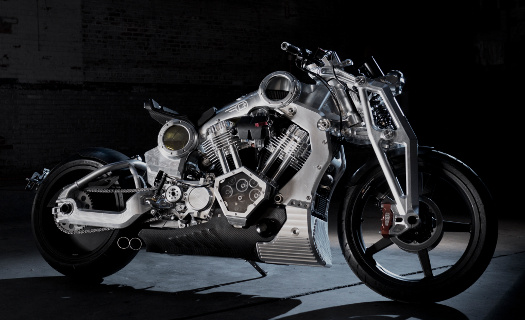 Partners in relentless innovation
Confederate Motors is a 25-year-old company that is unabashedly passionate about what it does: design and manufacture exclusive motorcycles in small batches of around 60 machines for each model version.

The company characterizes its design aesthetic as "bare, functional, scrupulous clarity," and "skeletal minimalism." The design process itself could be described as relentless innovation in its purest sense. Their motto is "The Art of Rebellion."

3D Systems' On Demand Manufacturing is the perfect partner for a company that is constantly reinventing the notion of how a motorcycle should look and perform.

After discussing Confederate Motors' needs and desires in initial meetings in late 2014, it was decided that the best value would come from 3D Systems providing a one-stop shop for hundreds of prototypes, molds, and production parts. The parts range from the intake manifold to the key to start the motorcycle. 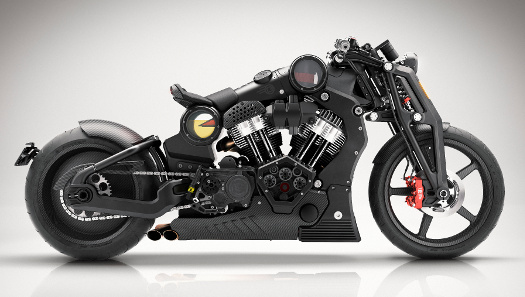 The chassis, steering, and swing-arm parts for the P51 Combat Fighter are all sourced and machined by 3D Systems. Carbon fiber parts -- the front and back fenders, the exhaust shield, and the chain guard -- are manufactured from SLA patterns printed with Accura PEAK material on a 3D Systems SLA printer.

"With the exception of some engine components, wiring, wheels, tires, and lighting, 3D Systems makes every part of the Fighter," says Jordan Cornille, designer at Confederate Motors. "We save a tremendous amount of time and hassle by being able to consolidate part production with one primary vendor. Parts go together better coming from the same vendor, and we can be assured that the part finish of everything will match."

From prototype to production
Part accuracy and quality drives every 3D Systems process, beginning with prototype parts and extending through design revisions and final production parts. 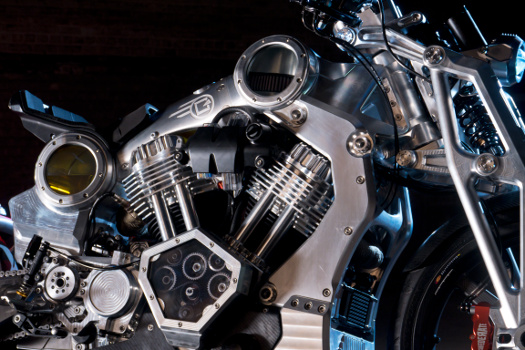 "The thing that holds me up the most when we are prototyping is when a part doesn't come in as advertised," says Jason Reddick, Confederate's production manager. "The 3D Systems parts for the G2 P51 came in as we asked for them, in the order in which we asked, on time. The prototype stayed on schedule and actually finished ahead of time, beating our projection by several days. This is the best prototype we've ever done."

The QuickCutCNC process used by 3D Systems interprets the client's CAD design and translates data to high-end CNC machines. The process produces parts that can replace the additive-manufactured prototypes with true production-grade materials.

If 3D Systems cannot manufacture the part itself, it can still help ensure quality, as it did in supplying the SLA master patterns for the P51 carbon fiber parts.

"3D Systems allows us to design extraordinary forms and shapes out of solid materials," says Cornille. "The machines are so precise that there were very few changes to be made going from prototype to production. The only tweaks that were needed were design changes on our end."

VIDEO: Matt Chambers, founder and CEO of Confederate Motors, talks about the impact that 3D Systems' Quickparts rapid parts and prototypes service has on his design-and-build business.

Pleasing the critics
The American drag racing-inspired design and the ability of the G2 P51 Combat Fighter to effortlessly deliver 170 lb-ft of torque are opening the eyes of discerning critics.

In his Cycle World review, Paul d'Orleans praised the P51's "integrated aesthetic, which hones its message of pure machismo. ... The Confederate did what it was designed to do, attracting more pedestrian attention than any motorcycle I've ever straddled, with an awesome power delivery and exhaust note, plus that unique aesthetic."

Writing in Digital Trends, Andrew Hard says, "The company's vehicles are inspired by a raw, rebel spirit it calls the American Way, resulting in creations that are equal parts brutish and dashing, rolling art pieces with historical flair."

Delivering design freedom
For Chambers and his team at Confederate Motors, working with 3D Systems is not just a collaboration, but a major source of freedom, something the company values above almost all else. 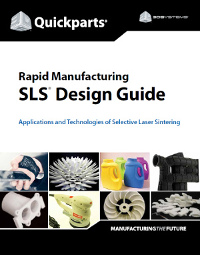 Looking for more resources? Download the 3D Systems Rapid Manufacturing SLS Design Guide here or by clicking on the guide's cover above.

"It's unfathomable for me to explain in words just how much better it is to be free to do something we are really great at, which is design," Chambers says. "It's changed our entire program, not just for the motorcycles we are working on now, but for the four or five new bike designs we'll work on over the next three to four years."

Cornille sees 3D Systems' technologies and know-how as prime enablers in feeding the restlessness that's at the heart of Confederate Motors.

"We like to move quickly in our decision-making processes and design quickly in order to offer our customers as many solutions as possible within a certain time frame," Cornille says. "We don't produce thousands of copies of each model, and 3D Systems allows us to change designs frequently without committing to thousands of dollars worth of tooling."