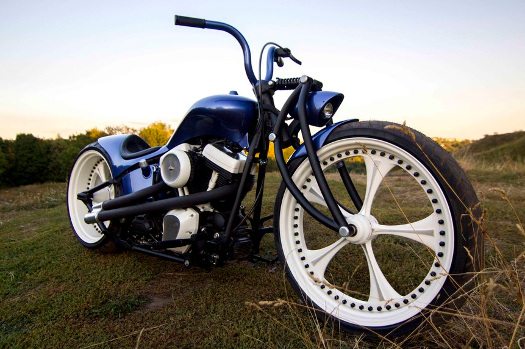 How sweet it is when you've got the right tools.

For Vladislav Belyakov, the CEO of BOX39 in St. Petersburg, Russia, the tools that often make all the difference are his in-house design and milling capabilities.

Belyakov pushes design and construction edges from fantasy land into the real world by customizing a bike into something recognizably cool, like an amazing cartoon that you can ride. 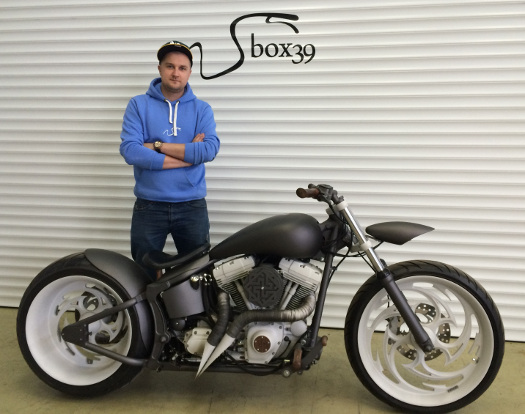 Vladislav Belyakov, founder of BOX39, with one of the customized creations he designed and built using products from SolidWorks, ESPRIT, and HAAS UMC-750.

After researching the motorcycle tuning market in the Russian Federation, he discovered that most components for custom bikes had to be imported, which drove up their cost and also their delivery time. The problem was there were very few companies in the country that had the CNC equipment needed to produce high-quality custom components at a reasonable cost.

"Marketing research told us that local custom motorcycle products were made by companies that could not meet high tolerance requirements," Belyakov said. "In most cases, these companies had to perform time-consuming and expensive manual finishing operations. They were also, in many cases, unable to produce complex parts with irregular shapes such as more than one undercut, surface openings, and transitions in different planes."

Belyakov felt that an opportunity existed for a company to apply modern manufacturing methods to custom motorcycle components. "I took a big risk in making a career switch from financial services to motorcycle parts manufacturing in 2011," Belyakov said. "Our first production facility was a rental garage. We designed and put into production our first product within six months of opening our doors on a very tight budget." 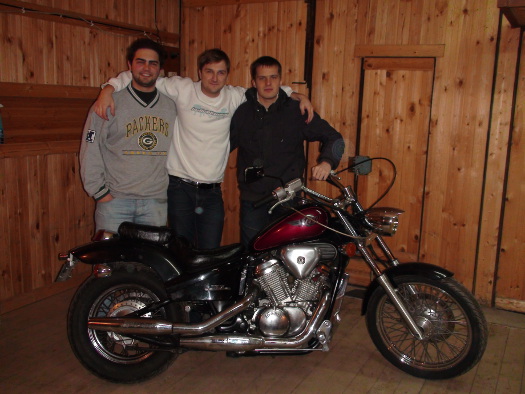 Since then, BOX39 has developed three more unique products and also developed a thriving business in tuning motorcycles, which involves installation of accessories and painting to change the concept, appearance, and performance of a stock bike into a custom bike. The business has grown rapidly. 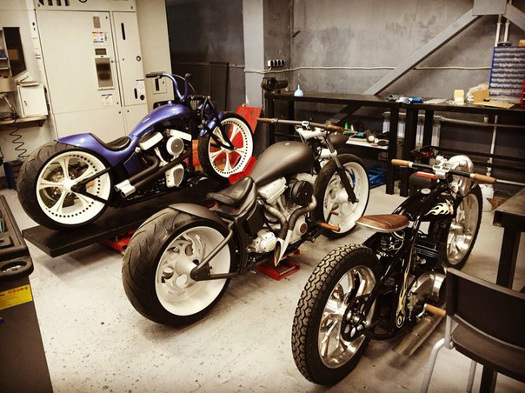 "Last year, we decided to automate our production facility and purchase our first CNC machine," Belyakov said. "It allowed us not only to improve the quality and efficiency of producing our existing products, but it also makes it possible in the future for us to develop parts with more complex geometries that can't be produced by conventional methods." 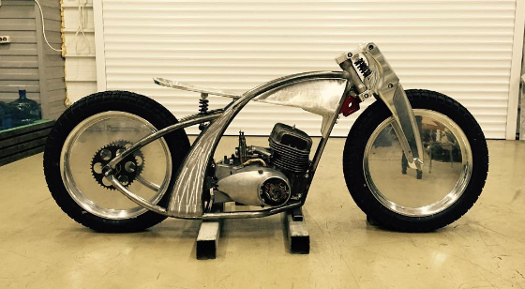 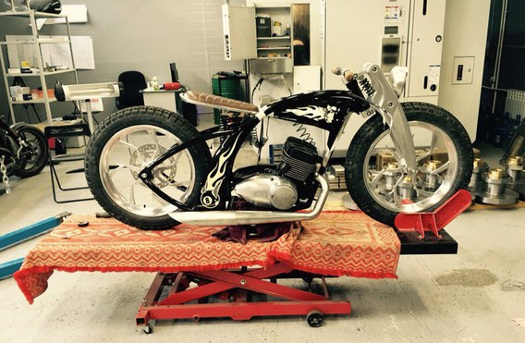 "After spending a long time evaluating different machine tools, we purchased the Haas UMC-750 5-axis universal machining center," said Belyakov. "We believe that using modern equipment and software in the production cycle will reduce the cost and delivery time and also improve the quality and artistic value of the product. This, in turn, will help to expand the overall market for custom motorcycles." 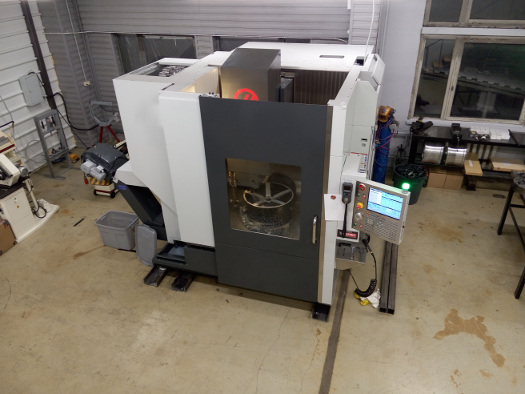 The Haas UMC-750 is a versatile, 5-axis universal machining center with 762 x 508 x 508 mm axis travel and an integrated dual-axis trunnion table. The machine is equipped with an inline direct-drive 40-taper spindle (8,100 or 12,000 rpm) and comes standard with a 40+1 tool side-mount tool changer. The trunnion allows manufacturers to orient parts to almost any angle for five-sided machining or provide simultaneous 5-axis motion for contouring and complex machining. The machine provides +110 and -35 degrees of tilt and 360 degrees of rotation for excellent tool clearance and large part capacity.

Igor Bystrov, who is a designer and technologist for BOX39, recalls the process of choosing CAM software: "After we ordered the machine, cutting tools, and equipment, we started to search for the optimal CAM software. We looked for software capable of programming 3-axis and 5-axis milling that is compatible with our SolidWorks CAD software at a reasonable price. Obviously, we needed a post-processor for our CNC machine. Only two CAM software packages offered in Russia met these requirements. We selected ESPRIT by DP Technology, because it includes a Haas-certified post-processor and HAAS UMC-750 virtual model. Another factor in our decision was the strong training and technical support provided by DP Technology in Russia." 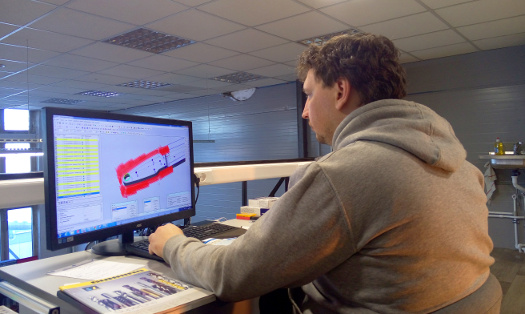 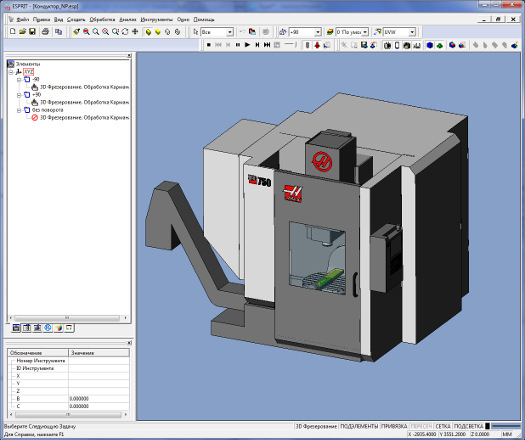 ESPRIT provides the HAAS UMC-750 with a virtual model and certified post-processor.

In late 2014, BOX39 received its ESPRIT licenses. "We had some experience with our CAD system, but we were not familiar with G-codes and M-codes nor with CAM software," Belyakov said. "Our engineers attended a week-long training course and immediately began creating CNC programs for the 5-axis machine."

"We were able to get up and running almost immediately, because the post-processor worked perfectly from the start, said Belyakov. "Since that point, we have produced many CNC programs and continue to increase our programming skills. Today, we can offer our customers dramatic improvements in quality and productivity relative to other companies in the custom motorcycle components market." 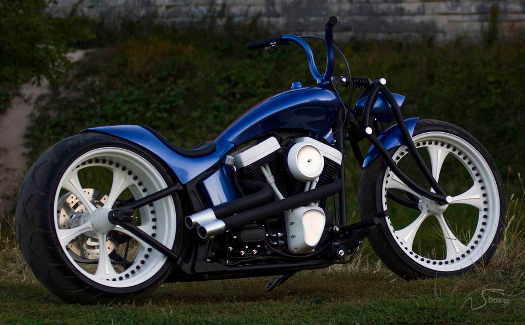 The BOX39 videos are all in Russian, but they are fun to watch and scroll through anyway. Check them out at www.youtube.com/user/TheBox39/videos.

ESPRIT is a versatile CAM software capable of handling virtually any CAD model that needs to be programmed and machined. The data transfer from the CAD system occurs without data loss, and users can also access the CAD features directly in ESPRIT without the need to modify or rebuild geometry. 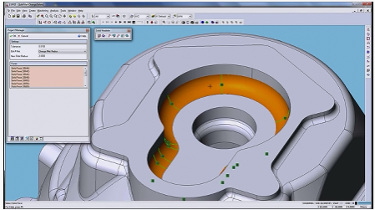 Learn about the new features of ESPRIT 2016 now.