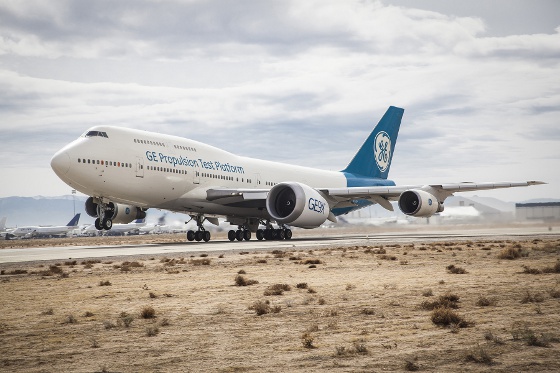 The world's largest jet engine took its maiden flight over the Mojave Desert on March 13. The engine is a showstopper. At 134 in., its fan diameter is so tall and wide that Shaquille O'Neil would fit inside the engine's cover with Kobe Bryant sitting on his shoulders. The whole engine is as wide as the body of an entire Boeing 737.

GE engineers could go so big because they designed fan blades and the fan case from the most advanced carbon fiber composites, reducing weight and cutting the number of blades from 22 to 16, compared with its predecessor, the GE90. The GE9X also includes 3D-printed fuel nozzles, parts made from light- and heat-resistant ceramic composites, and other new technologies. As a result, the engine will be up to 10 percent more fuel efficient than the GE90, which GE developed for the current version of the 777 jet.

All of this goodness allows the engine to produce up to 100,000 lb of thrust -- several times more than the thrust of many fighter jets. 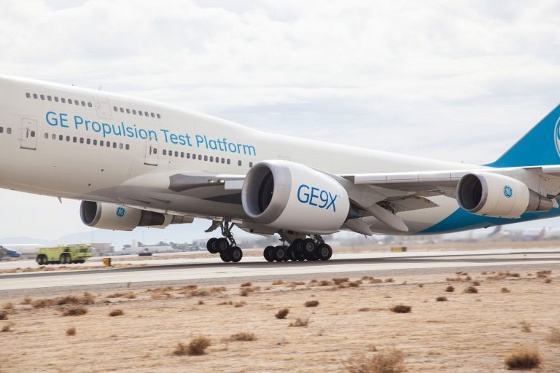 Powering GE Aviation's "Flying Test Bed" (based at an airstrip in Victorville, CA), the engine spent more than four hours in the air during its first flight. GE test engineers on board and on the ground used the time to check essential engine functions, a key requirement for starting a regiment of airborne tests the engine must complete before it can be certified for service. Ted Ingling, general manager of the GE9X program at GE Aviation, said the flight tests would last for several months and allow the team to gather data on "how the engine performs at altitude and during various phases of flight." 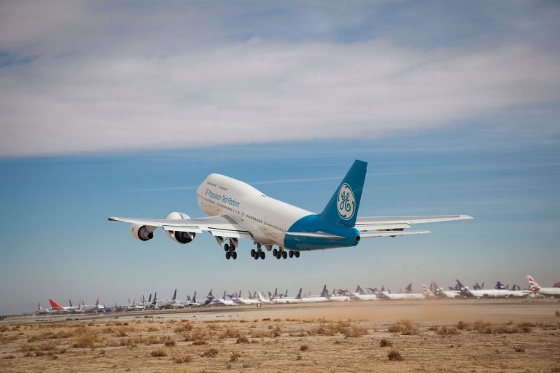 GE Aviation, the exclusive engine maker for the 777X, has received orders for more than 700 GE9X engines.

SIDEBAR: More on key technologies
Although it's huge, the GE9X isn't the most powerful engine GE makes -- that world record belongs to the GE90-115B. But in addition to its size and fuel efficiency, the GE9X makes less noise and runs cleaner than any other GE engine to date, which will help airlines meet increasingly strict environmental rules. 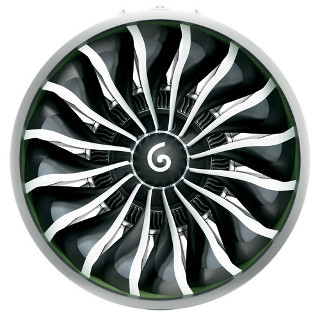 The massive machine gets its moxie from design and engineering breakthroughs such as 3D-printed nozzles that efficiently spray fuel inside the combustor. GE's industrial 3D printers make them directly from a digital file by fusing ultra-thin layers of metal powder with a laser one after another to create shapes that otherwise would have been hard or impossible to achieve. "3D printing has changed the way engineers create and has made what was impossible possible," said Greg Morris, who runs additive programs at GE Aviation.

Another key part is the so-called engine shroud, which captures and channels the incandescent air inside the turbine. The GE9X version is made from light and heat-resistant space-age ceramics called ceramic matrix composites (CMCs). "CMCs allow for a revolutionary change in jet engine design," said Jonathan Blank, who leads CMC and advanced polymer matrix composite research at GE Aviation.

The shroud can work at temperatures as high as 2,400 F, where even advanced alloys grow soft. The CMCs have twice the strength and a third of the weight of metal components. This is hugely important, because they allow engineers to extract more work from the heat inside and also make for lighter engines -- a big deal given that the plane has to constantly carry them around the world. The GE9X also uses CMCs in the combustor liners and high-pressure turbine nozzles. 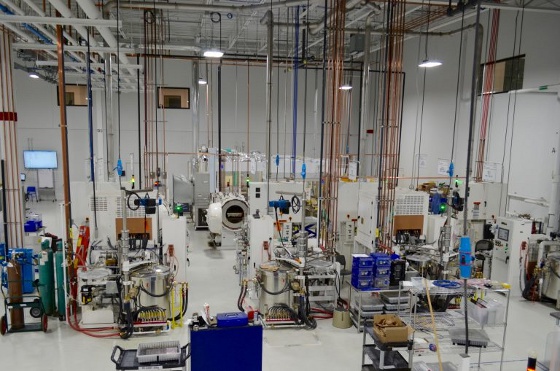 Another crucial component is the engine's 11-ft fan. It uses blades made from light and tough fourth-generation carbon-fiber composite finished off with a stainless steel leading edge. No other engine maker has composite blades in service, but the GE9X fan is revolutionary even for GE. That's because it includes just 16 blades, down from 22 on the GE90 and 18 on the GEnx, which powers the Dreamliner. Having fewer blades cuts the engine's weight and adds more power.