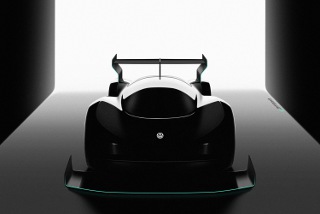 Volkswagen has named its latest motorsport project the I.D. R Pikes Peak. This all-electric prototype racing car will compete in the Pikes Peak International Hill Climb on June 24 in Colorado.

The four-wheel-drive racing car points to the sporting potential of the I.D. family of all-electric vehicles and is also the first step towards a closer relationship between Volkswagen R and Volkswagen Motorsport.

The Volkswagen brand plans to offer more than 20 fully electric cars by 2025. Manufacture of the first production model of the I.D. family is scheduled to start at the end of 2019 in Zwickau, Germany.

"We want to be at the forefront of electro-mobility with Volkswagen and the I.D. family," says Dr. Frank Welsch, Volkswagen Member of the Board of Management with responsibility for Development. "Competing in the most famous hillclimb in the world with the I.D. R Pikes Peak is a valuable test for the general development of electric cars." 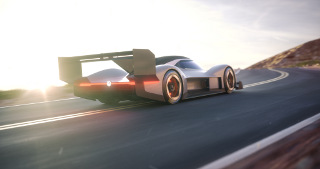 The international Pikes Peak hillclimb, also known as the "Race to the Clouds," has been held since 1916 near Colorado Springs in the Rocky Mountains. The 12.4-mile route starts at just above 9,000 ft and climbs to the summit at 14,115 ft above sea level.

Volkswagen last entered the Pikes Peak hillclimb in 1987 with a particularly noteworthy dual-engine Golf that generated an impressive 652 hp. However, the Wolfsburg-based manufacturer narrowly missed out on success.

"It is about time we settled the score," says Volkswagen Motorsport Director Sven Smeets. "The I.D. R Pikes Peak represents an extremely exciting challenge for us, to show what is possible in motorsport with an electric drivetrain. The entire team behind our driver Romain Dumas is highly motivated to set a new record for electric cars."

The record in the electric prototype class currently stands at 8:57.118 minutes, set in 2016 by New Zealand's Rhys Millen.

Romain Dumas from France will be behind the wheel of the marque's first fully electric racing car. Dumas has already won Pikes Peak three times. He is also able to draw from his experience gained from driving hybrid prototypes in the FIA World Endurance Championship (WEC): Dumas secured the world title in this high-tech racing series in 2016 as a Porsche works driver.

"The Pikes Peak International Hill Climb is a big challenge, because every driver only has one attempt," says Dumas. "But I have real faith in Volkswagen Motorsport. The team is highly motivated and has already shown on many occasions that it is capable of achieving success right away on unfamiliar terrain." 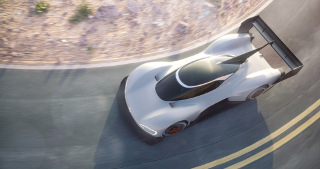 The shared aim of Volkswagen and driver Dumas is to set a new track record for electric race cars.

"Romain is one of the fastest drivers to have ever entered the Pikes Peak race. What's more, he has thousands of kilometers of experience with racing prototypes under his belt. This makes him the perfect driver for Volkswagen as it makes its debut with a fully electric racing car," says Smeets.

The regulations grant a high level of technical freedom in this class. "This allows us to demonstrate the efficiency of Volkswagen's future battery and drive train technology in a competitive environment. An additional challenge lies in the fact that the race track on Pikes Peak is a normal road, where both the weather and road conditions are more frequently subject to change," says Smeets.

VIDEO: Footage of Volkswagen during its 1987 Pikes Peak effort.

"There is one big advantage of having an electric car in the Pikes Peak International Hill Climb -- the power remains constant over the entire 20-kilometer route," says Dumas. "By contrast, vehicles fitted with combustion engines lose a significant amount of power in the thin mountain air. I had to live with that in my previous appearances here. I am really looking forward to being able to drive from the start at 2,862 meters to the finishing line at full power for the first time."

VIDEO: Romain Dumas' winning Pikes Peak run in 2016 driving a Honda-powered Norma M20 RD Limited up the course in less than 9 minutes -- only the second ride in the event's history to do so.