Arvind Krishna, head of IBM Research, introduced IBM's annual "5 in 5" technology predictions on March 19, right before the launch of the company's largest client event of the year, Think 2018, held in Las Vegas. The list aims to highlight some of the biggest breakthroughs coming out of IBM Research's global labs and is pared down to the five technologies the company thinks will fundamentally reshape business and society in the next five years. 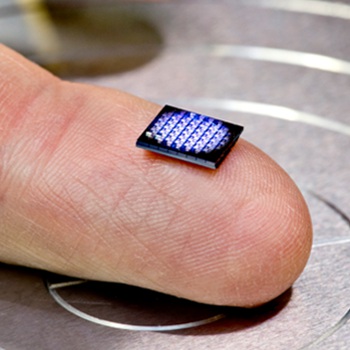 Cryptographic anchors, such as computers smaller than a grain of salt, will be embedded in everyday objects and devices to provide identification and authentication.

This year's "5 in 5" is far more than a showcase of groundbreaking innovation. "It's a reaffirmation of technology's role as a force for good in a world that desperately needs it," Krishna says. "Society's ability to overcome intractable challenges and unprecedented threats depends on steady advancements in technologies like AI, blockchain, lattice cryptography, and quantum computing ... powerful systems we can trust that enable us to look with renewed hope to the future."