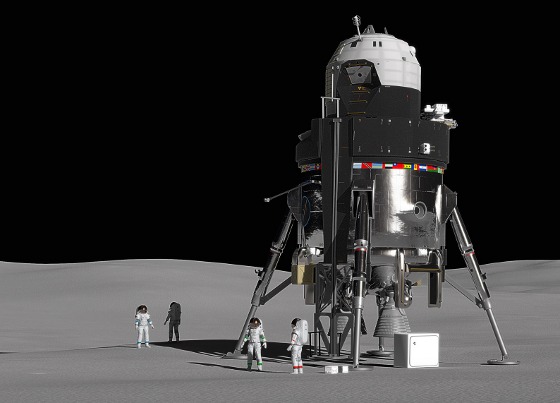 The crewed lunar lander is a single-stage, fully reusable system that incorporates flight-proven technologies and systems from NASA's Orion spacecraft. In its initial configuration, the lander would accommodate a crew of four and 2,000 lb of cargo payload on the surface for up to two weeks before returning to the Gateway without refueling on the surface.

"NASA asked industry for innovative and new approaches to advance America's goal of returning humans to the Moon, and establishing a sustainable, enduring presence there," said Lisa Callahan, vice president and general manager of Commercial Civil Space at Lockheed Martin Space. "This is a concept that takes full advantage of both the Gateway and existing technologies to create a versatile, powerful lander that can be built quickly and affordably. This lander could be used to establish a surface base, deliver scientific or commercial cargo, and conduct extraordinary exploration of the Moon."

The unique orbit of the lunar Gateway provides global lunar access for a lander. Having the ability to visit multiple sites with a reusable lander supports many international, commercial, and scientific communities, in addition to NASA's sustainable exploration of the Moon. After a surface mission, it would return to the Gateway, where it can be refueled, serviced, and then kept in orbit until the next surface sortie mission. The long-term outlook is to create rocket fuel from solar energy and water in space, mastering the production and use of cryogenic oxygen and hydrogen.

"The Gateway is key to full, frequent, and fast reusability of this lander," said Tim Cichan, space exploration architect at Lockheed Martin Space, who presented the lander concept at IAC. "Because this lander doesn't have to endure the punishment of re-entering Earth's atmosphere, it can be re-flown many times over without needing significant and costly refurbishment. That's a major advantage of the Gateway and of a modular, flexible, reusable approach to deep space exploration."

The power and propulsion element will be the initial component of the gateway, and is targeted to launch in 2022. Using advanced high-power solar electric propulsion, the element will maintain the gateway's position and can move the gateway between lunar orbits over its lifetime to maximize science and exploration operations. The power and propulsion element will also provide high-rate and reliable communications for the gateway including space-to-Earth and space-to-lunar uplinks and downlinks, spacecraft-to-spacecraft crosslinks, and support for spacewalk communications. Finally, it also can accommodate an optical communications demonstration -- using lasers to transfer large data packages at faster rates than traditional radio frequency systems. 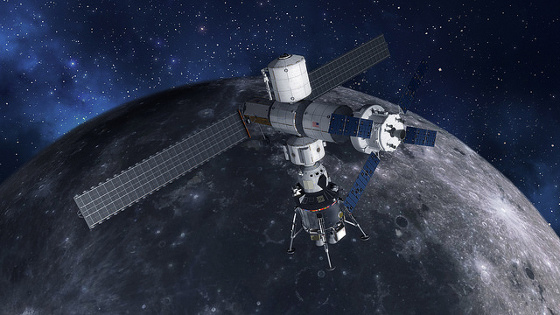 The investments made in technology developed for Orion can be re-used to reduce the cost, complexity, and development timeline. Some of the human-rated, flight-proven systems used in the design include avionics, life support, communications and navigation systems, and a lightweight version of its crew module pressure vessel.

Reusable landers are enabled by the lunar Gateway and are important for sustainable exploration. Additionally, landed human lunar missions and a lunar orbiting outpost are valuable to prepare for sending humans to Mars. While the Moon doesn't have an atmosphere, there are still many lessons that apply to a future crewed Mars lander, such as: operations experience in a challenging and dynamic environment, operating and refueling out of orbit, long-duration cryogenic propulsion, and terminal descent navigation, guidance, and control.

Learn more about the lunar lander in the Lockheed Martin whitepaper "Concept for a Crewed Lunar Lander Operating from the Lunar Orbiting Platform-Gateway" here.