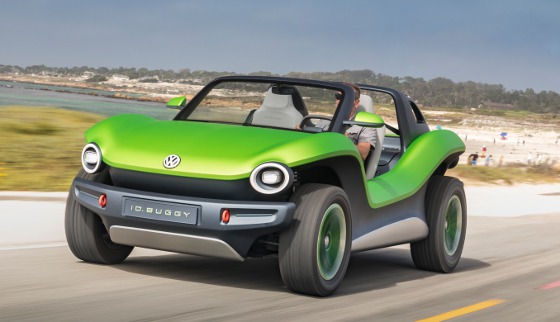 Volkswagen showed up as a real nonconformist this year at the oh-so-chic Pebble Beach Concours d'Elegance show -- which is known as a showcase and competition for some of the priciest vintage cars in the world -- by parading around its new all-electric ID. BUGGY concept.

But this was not out of character for VW, who showed off their ID. BUZZ throwback microbus concept two years ago at the show in California and announced it will hit dealers in 2022. 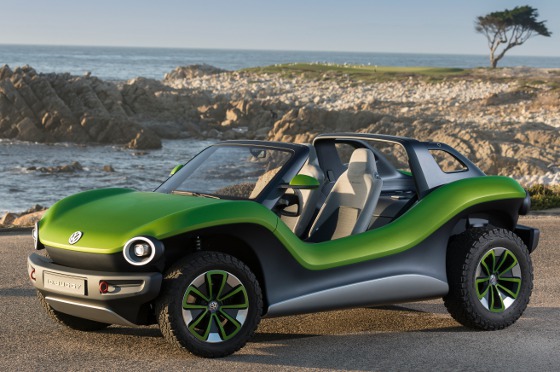 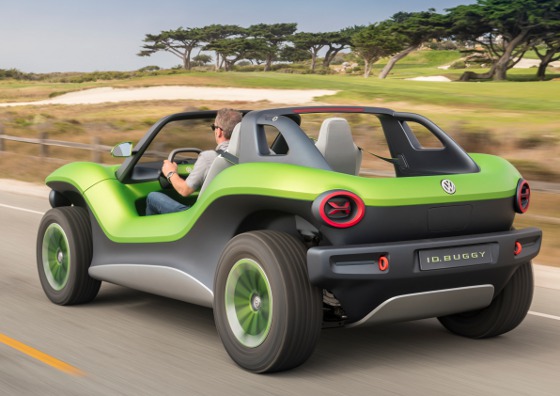 But the real reason VW was there (and the reason for making the ID. BUGGY concept) was to promote the company's modular, pure-electric drive matrix (MEB) technology platform, which underlies the full line of its emerging (and real) ID. vehicles. The line includes a subcompact (compact ID.3 hatchback, on sale in Europe this fall), a van (ID. BUZZ), a crossover SUV (ID. CROZZ), and a sedan (ID. VIZZION). VW says the new lineup will provide ranges "similar to those of today's gasoline-powered cars."

According to Volkswagen, "The [MEB] drive consists of an electric motor integrated into the rear axle that includes power electronics and gearbox, a high-voltage, space-saving battery pack located in the vehicle's floor, and auxiliary powertrains built into the front end of the vehicle."

VW estimates it will use the platform for 15 million vehicles by 2025. It has also recently announced that it will make its MEB electric platform available to other manufacturers to help facilitate fast development of new vehicles. 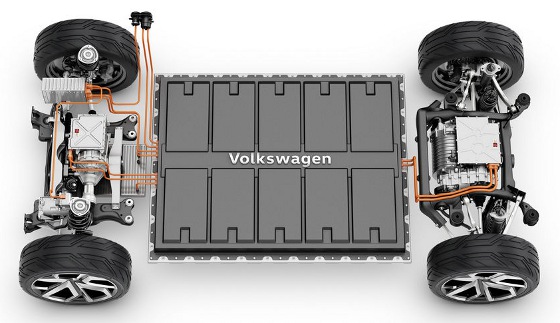 As for the ID. BUGGY concept, its modular design allows for the composite upper body to be detached from the MEB chassis, opening up a world of possibilities for custom vehicle production -- just as the original Meyers Manx kit did for the first dune buggies back in the 1960s. 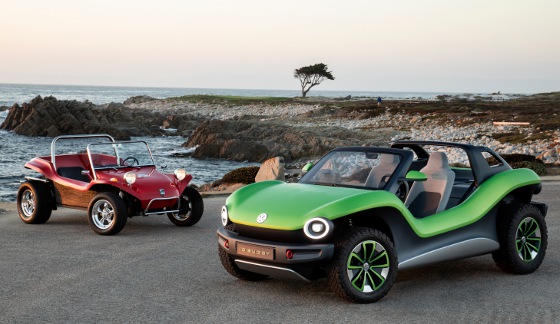 The drivetrain of the I.D. BUGGY is made up of the electric motor integrated in the rear axle, with power electronics, a single-speed gearbox, and the high-voltage flat battery (62 kWh) arranged in the car floor to save space.

The electric motor delivers 201 hp and maximum torque of 228 lb-ft from standstill, and gives the vehicle an estimated range of 155 miles on the WLTP (Worldwide Harmonized Light Vehicles Test Procedure) cycle. This means that the electric vehicle can provide enough power to the rear axle, even off-road. The concept car sprints from zero to 62 mph in 7.2 sec. The maximum speed is electronically controlled at 99 mph. 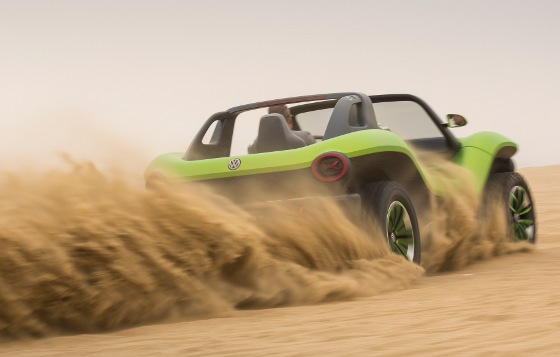 The lack of doors and a roof make the two-seater ID. BUGGY ready for classic beach cruising. There is no roof or add-on-soft-top option. Off-road features include standard 18-in. wheels and BFGoodrich All-Terrain T/A off-road tires (255/55 at front and 285/60 at rear), as well as solid aluminum underbody protection that ensures that the front axle and ancillaries are not damaged during off-road driving.

Two robust red steel eyelets are integrated in the bumpers for towing, and the reinforced windshield frame and the Targa bar provide rollover support. 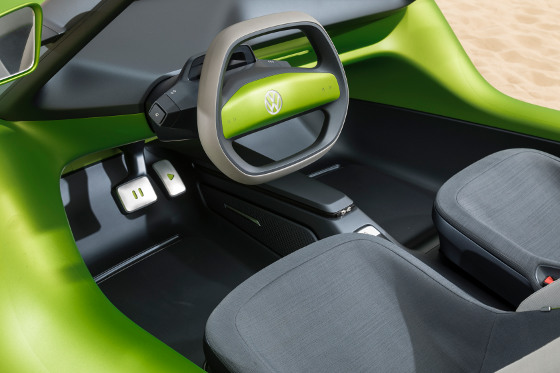 Inside, the ID. BUGGY features a minimalist aesthetic and waterproof materials. A hexagonal steering wheel (very trendy, because they even have these in supercars!) wrapped with water-repellent Nappa leather features touch controls in the crossbar, and a digital instrument cluster keeps the dash uncluttered.

Despite the shortened wheelbase of the concept car, passengers have an unusually large amount of space. This is due to the ID. family's compact electric drivetrain.

Will the ID. BUGGY really go into production? There is actually a fair chance for a limited run. But until we find out, peace! 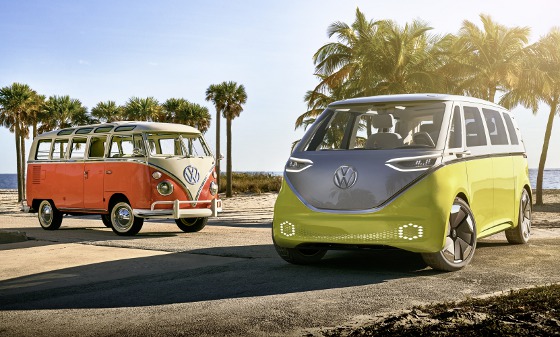 The all-electric VW ID. BUZZ, a nod to the classic VW microbus, will hit dealerships in 2022.