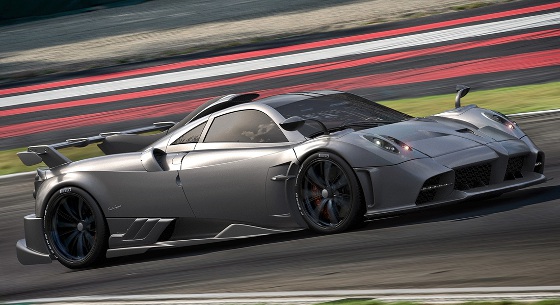 If you ever end up with money to burn, please don't strike that match. You could be lighting the track on fire instead in something like the Pagani Imola hypercar -- one of only five in the world and the pinnacle of Italian advanced composite materials workmanship and aerodynamic tech.

Named after the race track (officially the Autodromo Internazionale Enzo e Dino Ferrari) near the town of Imola just 25 miles east of Bologna in northern Italy, the limited edition 827-hp Imola road and track car is Pagani's most powerful vehicle yet. It is one of the most expensive too -- $5.4 million. 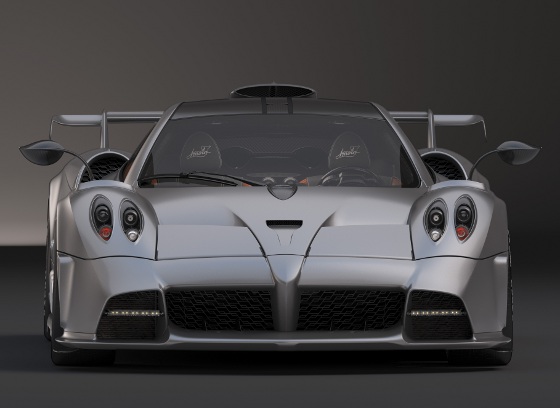 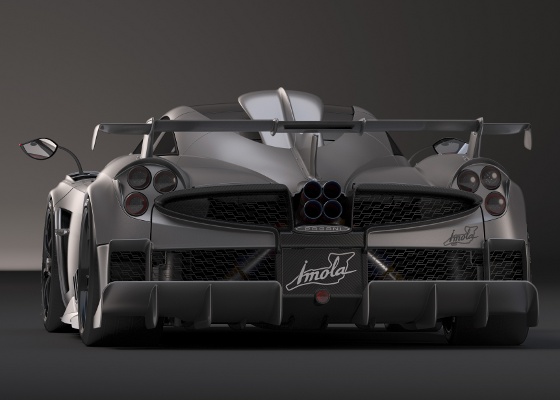 Not all of the details are available yet (admittedly, what has been released is a real mixed bag), but here is what we know so far.

The Imola is a rolling laboratory of sorts -- a chance for the bespoke manufacturer (led by Argentinian Horacio Pagani, who formerly managed Lamborghini's composites department) to mix and match technologies and materials. The Imola is basically a next-gen Pagani Huayra, an upstyled and up-teched version of the car that has sold 100 1-million-dollar units and had a number of eccentric and expensive spinoffs.

It uses a twin-turbo Mercedes-Benz AMG 6.0-liter V12 powerplant, and the gearbox is an Xtrac 7-speed automatic with electro-mechanical differential. It has a triple-disc clutch. It sports Pirelli Trofeo R tires -- 20 in. on the front and 21 in. on the back. Dry weight is 2,747 lb.

The rear-wheel-drive Imola uses a new formula of the Carbo-Titanium HP62 G2 (a composition of carbon fiber and titanium that was also used on the Huayra) for its chassis and Carbo-Triax HP62 (developed for the ultra-reinforced central monocoque). Both have helped reduce weight while increasing torsional and bending stiffness. There are also front and rear tubular steel subframes. 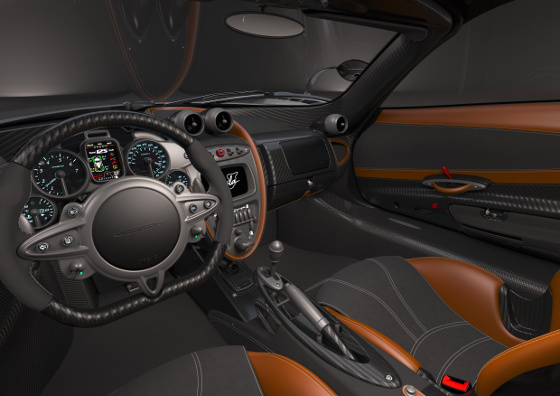 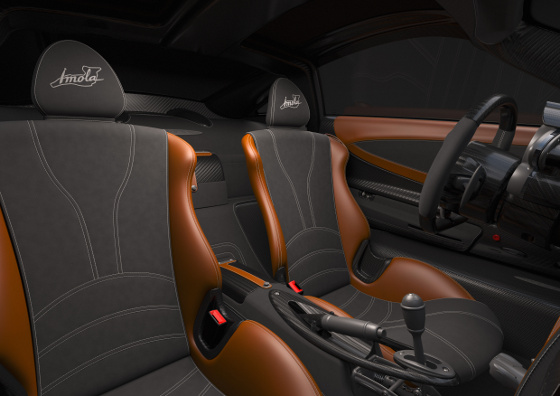 It uses the active aerodynamics system introduced by the Huayra, the first road vehicle ever to be equipped with this technology, where four mobile winglets respond to the driving circumstances dynamically. Each winglet can act independently, or they can work in tandem pairs to affect either the right or left side of the car or the front or rear. The system can even act as an air brake when braking.

"The aerodynamic technology behind the Pagani Imola is evident in three of its key features. The general outline, the internal aerodynamics, and the external aerodynamic details, such as the fins, winglets, and deflectors," said Pagani, founder and chief designer of Pagani Automobili. "We could have reduced the ground clearance so as to increase the downforce effect by taking advantage of the vehicle's flat bottom. But don't forget, the public roads are very uneven and can lead to the loss of several hundred kilograms of downforce in just a few instants. Well aware of these dangers, we worked very carefully on the upper part and details of the car."

The suspension geometry is a new design to transfer the power and 1,100-Nm torque to the ground and reduce the dive effect and sway when braking. "The driver can take a corner by braking at the last thousandth of a second," the automaker says. That's a pretty incredible Brembo braking system. 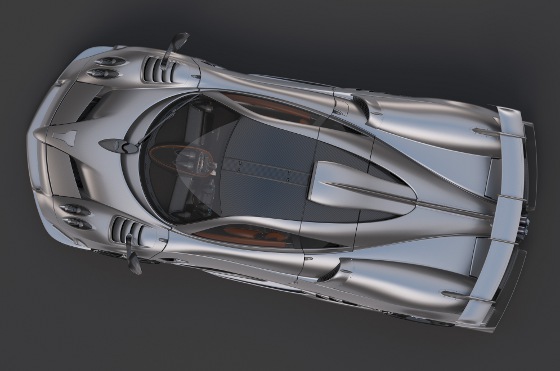 There is also an electronically controlled system of active shock absorbers for each wheel that are interconnected to each other.

The front suspension is able to vary the ride height automatically via a central control unit, which handles active aerodynamic control as well as controlling the engine, differential, and gearshift functions.

In a bid for even more lightweighting, the Imola is the first Pagani to feature Acquarello Light, a new bespoke painting system that has reduced the weight of the paint by 11 lb while maintaining color richness, depth, and shine.

According to Motor1, exterior changes from the standard Huayra include a large seven-section diffuser (sometimes shown with an orange stripe), a large roof scoop, a shark fin, more pronounced side skirts, and a wide fixed rear wing with an integrated stoplight. 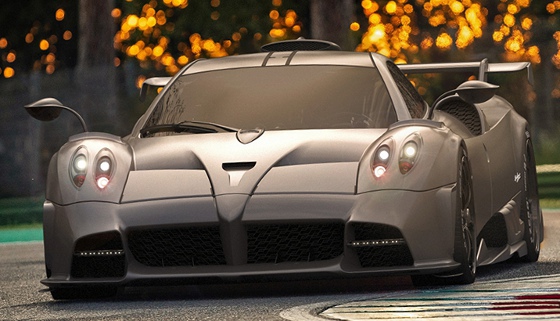 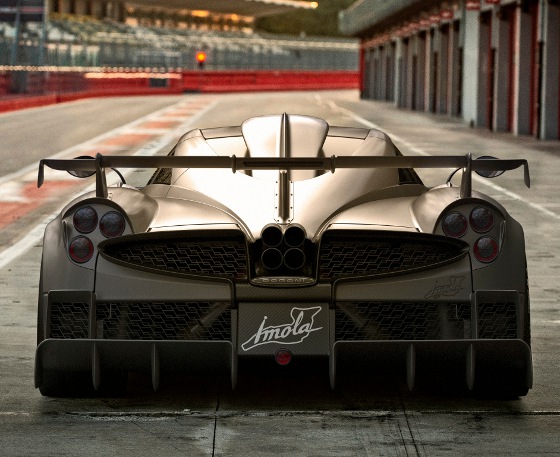 "We can't say that it's an elegant car," said Pagani. "We wanted an efficient vehicle, and just as you'd expect if you were looking at an F1 single-seater, this led us to design a car with additional aerodynamic features. So, although on the one hand these details may detract from the lines and overall aesthetics of the vehicle, on the other, they also allow [the driver] to improve lap time, ease of driving, and especially safety.