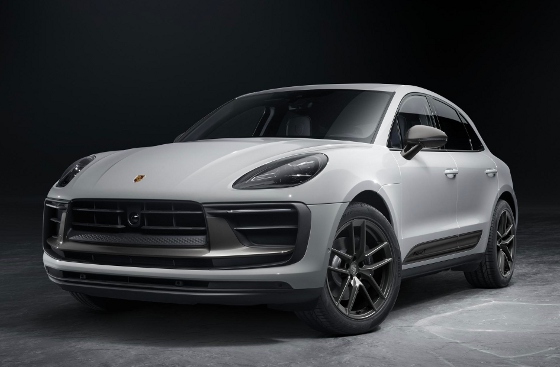 How do you make Porsche's bestselling model for 2021 even better? You crank up the sporty styling and agility, and you give it a heritage badge that was previously reserved only for the 718 and 911 models: T for "Touring." T has represented a special form of dynamic driving at Porsche since the 1960s, thanks to precise tuning, exclusive equipment, and efficient engines. Porsche Cars North America will add the Macan T to its 2023 model year range. This is the first four-door sports car -- and first SUV -- that will bear the special designation for the brand. 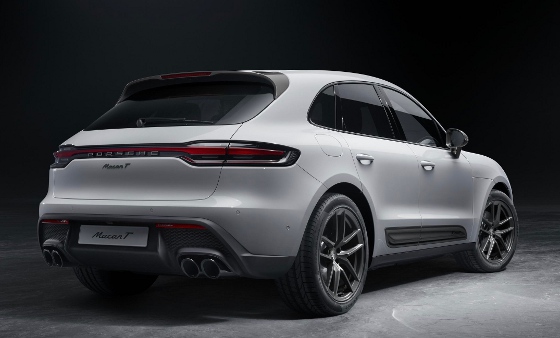 The new Macan T features a compact but powerful, 2-L four-cylinder turbo engine, combined with an array of standard equipment ideal for spirited driving. This new variant is positioned between the Macan and the Macan S. Compared to the 2.9-L twin-turbo V6 engine in the Macan S and GTS models, the powertrain in the Macan T weighs 129 lb less on the front axle, which gives the vehicle nimble handling and optimal cornering ability.

The Macan T's engine produces 261 hp and 295 lb-ft of torque. It is coupled with a quick-shifting seven-speed dual clutch transmission (PDK) and the Porsche Traction Management (PTM) all-wheel drive system. Porsche says the Traction Management system provides a precise distribution of torque and responsive acceleration in all driving situations. A Sport Chrono Package, including both the mode switch and Sport Response button on the steering wheel, is fitted as standard on the Macan T, helping it accelerate from 0 to 60 mph in 5.8 sec. Top speed is 144 mph.

The Macan T will feature Porsche Active Suspension Management (PASM) as standard. The Porsche Traction Management (PTM) has also been adapted to suit the spirited driving demands of the Macan T and has been specifically tuned with a bias of power distribution to the rear axle to help the Macan T accelerate out of corners even more assertively.

When equipped with the optional adaptive air suspension with PASM, the Macan T is fitted with model-specific anti-roll bars that have been stiffened to further decrease body roll and increase handling sharpness of the vehicle. Porsche Torque Vectoring Plus (PTV+), which has been adapted to the more agile characteristics of the T model, can also be added as an option to further sharpen the driving dynamics. 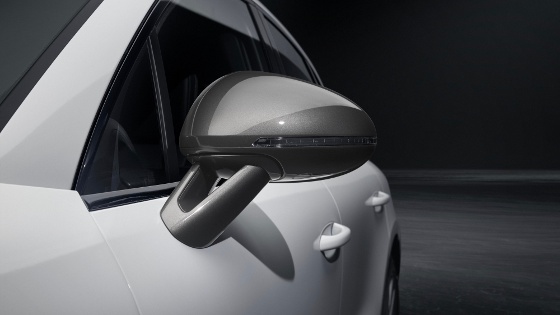 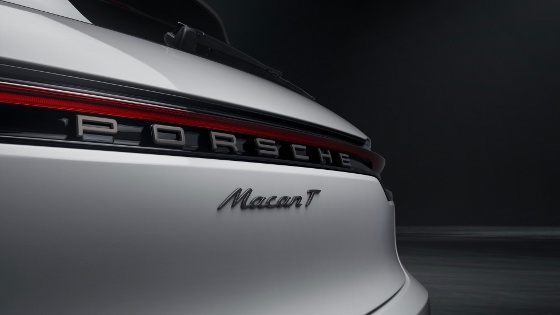 Porsche says design elements painted in Agate Grey Metallic on the front, side, and rear of the Macan T differentiate the vehicle from other derivatives in the model range. The exclusive contrast color is found on the front trim, exterior mirrors, side blades, roof spoiler, and rear logos.

Sport tailpipes and side window surrounds in high gloss black are standard, and the side blades feature the Macan T logo in black. A set of 20-in. Macan S design wheels, available exclusively on this variant in dark titanium and one size up from the wheels on the regular Macan, come as standard. Customers can choose from a range of 13 standard, metallic, or special colors for the exterior.

The interior has its own distinctive touches too. The standard, eight-way electrically adjustable heated sports seats feature exclusive upholstery. The centers of the front seats and the outer rear seats are fitted with a Sport-Tex Stripe pattern, and the front headrests each have an embossed Porsche crest. The contrasting color from the exterior continues inside the vehicle in the form of decorative silver stitching on the seats, headrests, and steering wheel. 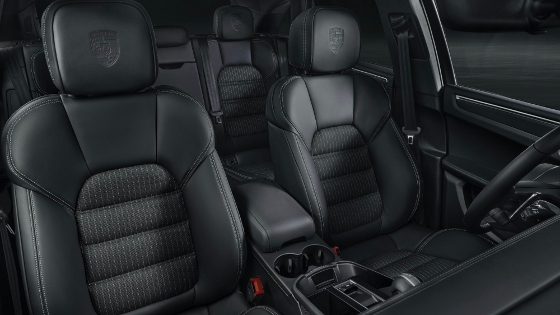 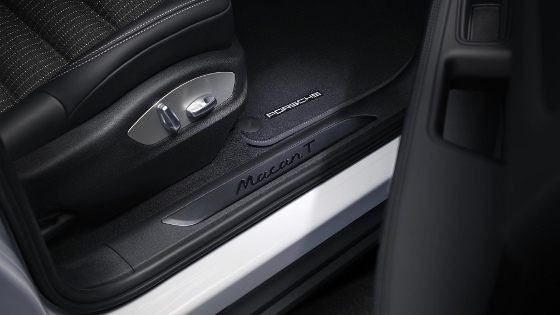 The Macan T gets the full benefit of all of the new elements of the Macan model generation updated last year, such as the new center console with haptic touch elements, a larger open storage compartment, standard front heated seats, and a shorter gear lever. (See Designfax article, "New Porsche Macan: Sportier with even more appeal," Aug. 2021.)

The Macan T will be available in the U.S. this spring. Pricing was not released, but Car and Driver estimates it will start around $62,000. You can learn more on the Porsche site here.